You will not believe: in the world there are thousands of automobile “graveyards” where are useless new cars

Like many automakers put under pressure hundreds of thousands of new cars. 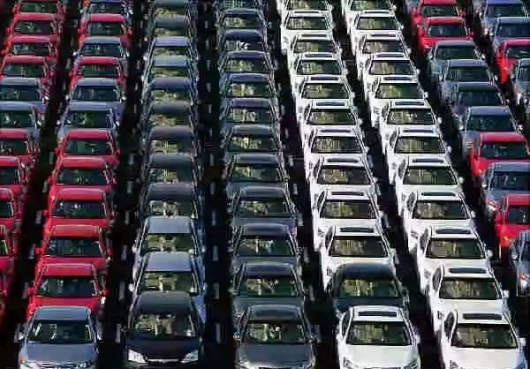 Did you ever wonder what happens to unsold new cars? We previously told you how the automakers get rid of their unsold residue. Today we decided to tell you about the thousands of abandoned ponds around the world, where automakers keep their new cars that are unable to sell. We also reveal the terrible truth about the fate of many new cars.

Today, when the popularity of vehicles is growing worldwide and manufacture of cars every year, more expanded, some manufacturers faced with a huge problem. For example, what to do with the cars that were not sold out? We all know that every car company has a plan where for each year are scheduled to produce a certain number of cars.

Usually these plans are based on intelligence and on the analysis of the potential demand. But, unfortunately, predict how many cars will be sold throughout the year, not always possible. There are many factors that can confuse the plans of any company. For example, selling any car could fall in the middle of the year. Especially for models that already have not been updated, while competitors released successful model. In this case, the automaker runs the risk of producing too many cars that fail to sell. So where do car companies get their unsold cars?

For many of us, buying a car is a huge expense. That is why each of us wants to save money when buying a new car and everyone hopes that if a particular car will sell worse than planned sales, the car company will go to the big discount to get rid of the remnants. But believe me, a substantial discount is not worth the wait. For a penny you will never sell even those cars that are unable to implement for various reasons. And here’s why.

Financier on wall street Taylor Deden released a report which said amazing things about the fate of unsold new cars. So, he found worldwide multiple settlers of new cars that automakers are unable to sell. 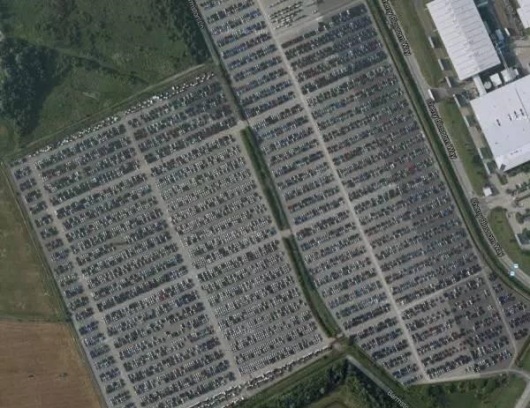 Each automaker has a large number of new cars that are not sold. And, unfortunately, these cars will never be of great discounts. In the end, the majority of unsold new vehicles accumulating in large quantities at such Parking lots-septic tanks (open areas, Parking lots), forming a whole automobile “graveyards” around the world.

These cars eventually are exposed to wind and sun and ultimately never reach the consumer, and getting for scrap. Yes, surprisingly, it’s a fact – many new unsold cars are recycled.

In the world there are thousands of great “graveyards” of new cars. In each country where there is a full industry of a particular company, usually a place where manufacturers keep open their Parking lots of unsold new cars.

For example, the famous British carmaker has a similar cemetery near port Helnes, where tens of thousands of new cars are in the open, guarded by a few patrols around the perimeter to prevent people from stealing the car or parts. 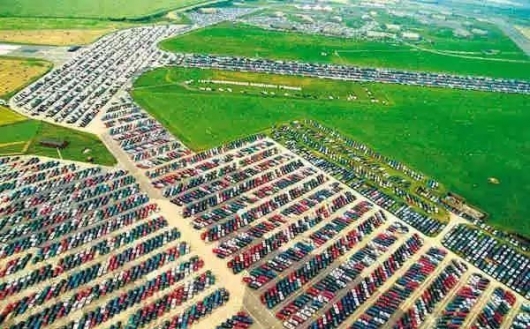 For storage of cars under the open sky many cars are slowly but surely corrode. In the end, the final destination of many machines is the same as the old auto – recycling with advanced disassembly of parts and subsequent processing of the metallic materials.

You probably want to ask: if a carmaker can’t sell a lot of cars, sending them to the cleaners, why not consider reducing the scale of production? According to Taylor, if the automaker reduces production of new vehicles, this means the temporary closure of many lines and even some car factories in the world. 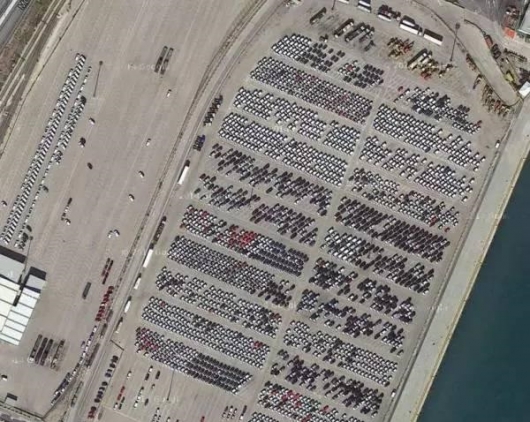 In the end, tens of thousands of workers will face unemployment and many more will be to two times lower wages, causing social tension in the company. So the reduction in production is a serious step which should be carefully considered car company. And usually this step takes a lot of time (from six months to a year).

That’s why, even if the manufacturers know that many cars are sold slowly, tens of thousands of useless new cars will be produced each week. In the end, these cars off the Assembly line will be sent to the Parking lot and turned into an abandoned car.

Some people will say: “How can they not sell their cars when it is now in many countries two or three cars in every family?” Yes, that’s right, demand for new cars has been growing for many years around the world. But despite this, every new car has its own life cycle. The average family usually owns a car 5-6 years (in developed countries; unfortunately, the picture in Russia is somewhat different). So the world demand for cars is always less than the amount produced. 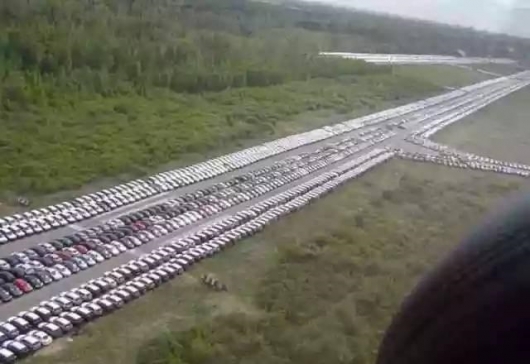 According to the latest data, currently on all roads of the world is approximately 10 billion cars, more than the population of the planet. Even if we assume that each inhabitant of our planet there is one car, there are billions of vehicles.

Below you will see amazing photos that were made in the UK, USA, Spain, etc.: 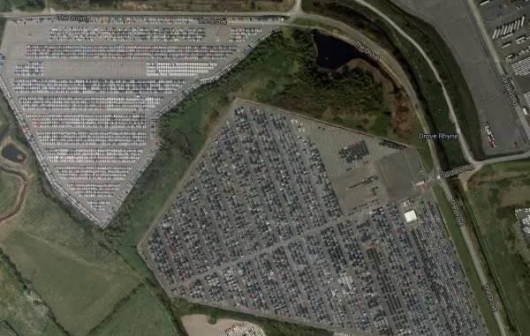 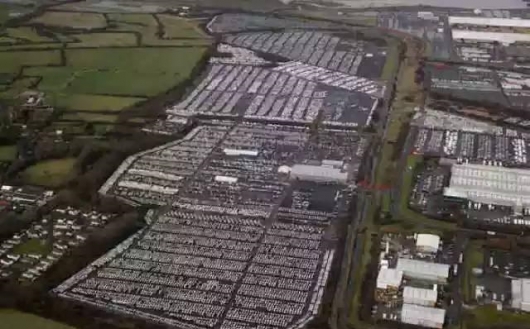 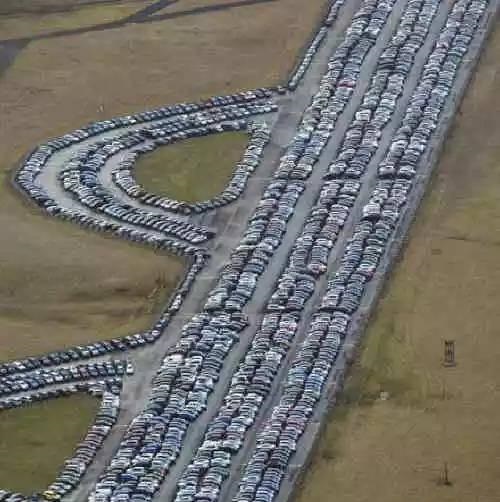 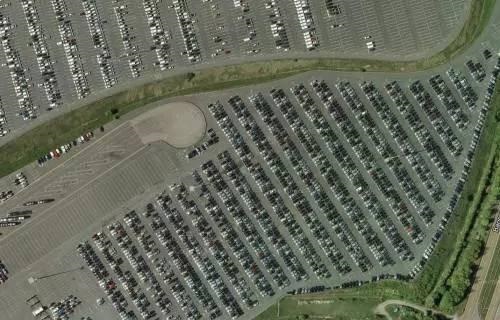 And this, of course, only a small part of the parks-settlers of new cars. In fact, such platforms thousands from around the world.

Here is a detailed review on this topic of the blog Living Story, YouTube