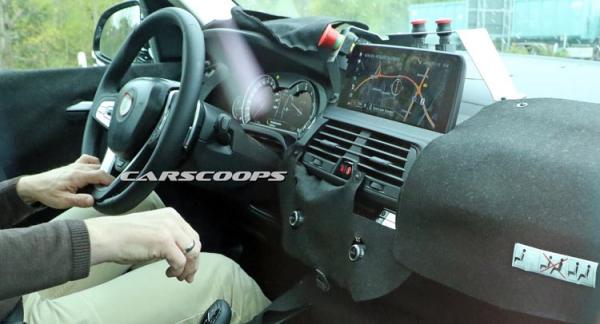 On the Internet have been found the first pictures of the salon of the future generation BMW X3, a mid-size urban SUV from Munich, whose rise can be expected in the second half of 2017. 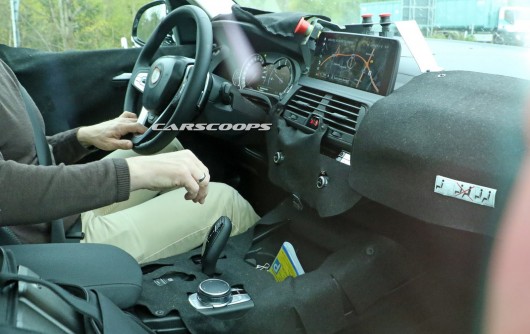 Based on the new images can be easier to judge what changes to expect in the new model of the crossover. Photospin managed to take photos of the upper part of the vehicle interior, instrument panel, centre console and Central tunnel. Briefly tell about the dashboard – it almost completely took over the design from the test versions of the BMW 5-Series 2017, deftly combining the analog portion and digital devices. It remains to be seen whether all BMW X3 digital dashboard or they are awarded to only the top-level cars, as we have seen at the prestigious Mercedes-Benz sedans. 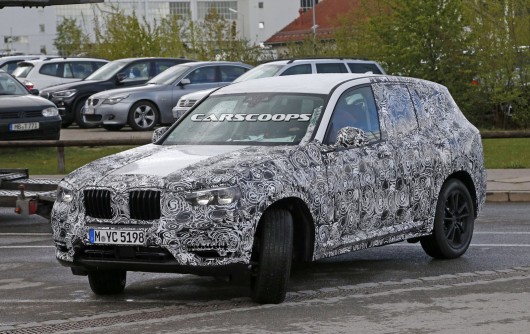 Another interesting thing once you pay attention – a free standing screen infotainment system, which is located on the top slightly inclined towards the interior Central console. It seems that the current BMW X3 and X4 will be the latest crossover models in the range of the Bavarians, in which the screen is mounted in the Central panel.

As for the rest of the cabin, even with fabric camouflage doors and Central tunnel, which hide the interior details, it is clear that X3 will be familiar to BMW drivers. Keeping the same layout of control systems the audio system and air conditioning system located under the Central air vents. The iDrive controller also standing on the right side bottom of the center console. 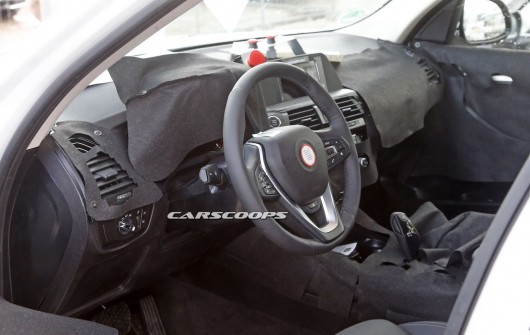 As we have said before, BMW X3 from model to model does not change very much. Basically, it increases in size, but his overall proportions do not change. Hard camouflage does not allow to make a more detailed submission on the parts of 2018 BMW X3, although artists from Photoshop already has created a rough portrait of a hypothetical new crossover X3. 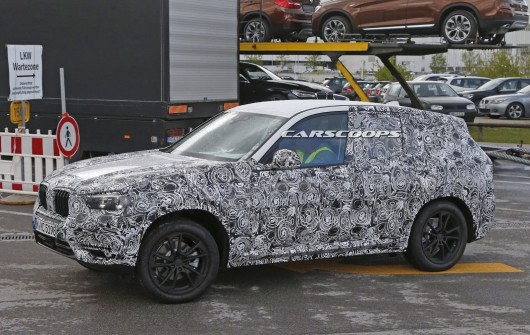 In any case, under the outer panels G01 (codename X3 2018) will house the new platform, which will go from the old basis 3-Series. Thanks to her crossover will instantly become the owner of a more advanced, more tough and simultaneously light architecture. The modular architecture is called CLAR “Cluster Architecture” or (Clustered architecture). It will be used a brand on their four-wheel drive models.

The new X3 will move on a longer wheelbase than the current BMW, whose basis corresponds to 2,810 mm. this will increase the comfort of the rear passengers, but five-seat layout will not change. A new framework GO1 will also allow use of electronic systems of BMW next generation, providing the ability to install all the latest safety systems and comfort.

X3 will move to an updated range of turbocharged four – and six-cylinder gasoline engines direct injection and common-rail diesel engines, paired with either a 6-speed manual or a new 9-speed automatic transmission from ZF. Some underlying models will be offered with standard rear-wheel drive sDrive, the rest come with standard BMW system xDrive. New items will also take plug-in hybrid technology from 330E, 740e and X5 xDrive40, combining a 2.0-liter turbocharged petrol engine with an electric motor for a combined impact 248 HP 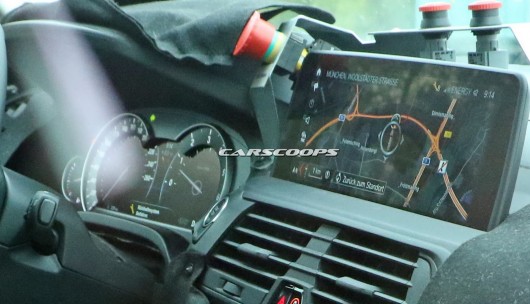 M Performance version of the new generation is also created. The power will be approximately equal to the current generation X4 M40i which is the engine of more than 350 horses coming from a 3.0-liter inline six-cylinder turbocharged petrol engine. Rumor has it that BMW may also add diesel M Performance model to compete with the European version of Audi SQ5. 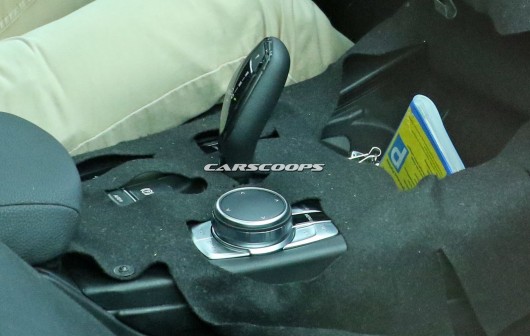