Why because of Kokorin and Mamaev many of the problems in Russia has gone by the wayside? Did you notice the news trend last week? Noticed that all the headlines on the Internet and television are full of the names of Kokorin and Mamaev? You’ll like the hype, the overblown media about the players that crossed the line, completely obnaglev of money and impunity?

Yes, the case of Kokorin and Mamaev revealing. This is our reality: starting with the story of the players can be right to draw an analogy. Look at the police and government officials. Many officials in Russia – rich. Very rich. As you can see, the analogy with the players, never receiving a huge amount of money, perfect. Also the officials and the police have the power. And where is the money and power, there is a line between law and anarchy. Alas, often this face disappears, blurring the head of the wielders of power and money.

Fortunately, in most cases in our country money and power don’t help people go unpunished. For example, Kokorin and Mamaev all went according to their scenario. Public outcry has shown that people are not going silently watch as wanton thugs are a disgrace to the honor of Russian football. In the end, the wide publicity the incident has not allowed high-handed, the players millionaires to pay off.

This case clearly demonstrated that in our country all is not lost. It turns out that when you need a law running like clockwork. But, alas. Publicity publicity strife. We all understand if you would place the victim not the officer, then almost certainly the players who decided to show, who in this life the owner, would come out unscathed. 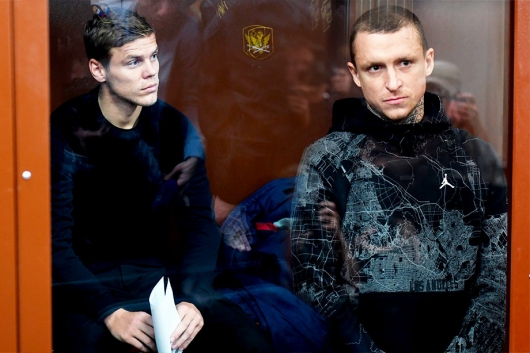 However, you should never give up when you witness injustice. To fight can and should be. Most importantly, the right publicity. Then there is public outcry.

Unfortunately, in all this hype, the overblown media attention has been diverted from other, more pressing issues in the country. For example, instead of giving publicity to a number of high-profile accidents that occurred in Russia last week, all the media as a blueprint began to spin the topic with Kokorin and Mamaev. Although we believe, should be limited to a couple of lines about these insolent players. But for some it defies logic why a pair of strings received some terrible accidents last week, and not Vice versa.

How strange we live, taking imposed on the media stuff and discussing all day players. In a normal society, even in such resonant incident with the players of the national football team, people quickly switched on more immediate problems. You see what happens on the road. Every week in the last months and only heard about another major accident. Is this information not worthy of public discussion and publicity? That’s where you need the guard scream, and take a lot of air time crazy Mamaev, Kokorin, etc.

For those who missed it, here is a list of terrible accidents on the roads of Russia, which has not received special attention in the media and public over the past week:

A one-way trip: 13 people were killed after a frontal battering RAM by bus the regular bus near Tver

In the Astrakhan region, four people died in an accident

Agree, that’s where you need to cry. Because roads represent the overall situation in the country. You look at the accident statistics for the last and current year. Yes, as the report of the traffic police, the dynamics of accidents slowly creeping down compared to previous years. But the fact of the matter is that slow. In principle, we need to face the truth: the traffic police and the government failed to cope with the high accident rate on country roads. And confirmation – a series of major accidents in recent years, which killed many people. The worst thing is that children are dying.

Agree that when every year die on the roads (19.088 man of them 713 children), this is not normal. We have that in the country fighting? According to statistics and news about accidents, it is. 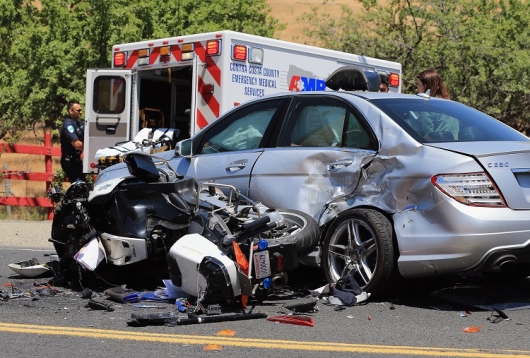 Yes, of course, the government on behalf of the President is not the first year tries to bring order to the roads, taking a range of measures, ranging from changes in the level of preparation of drivers in driving schools and ending with the increase in fines for traffic violations. But, unfortunately, while it gave not the fruits, which was expected. That is why our President, entered office for a new term, instructed the government to continue to reduce deaths and accidents on the roads. So that in the future motorists, probably, again waiting for the increase of fines, etc – easier to toughen the penalties, and further though the grass not to grow. But no. For a substantial reduction of accidents on the roads requires a set of measures. But first and foremost we need to change people’s minds, to break the law was not fashionable, ashamed, etc.

And this should do most of the major accident on the road resonance. This should help media. It’s better than take away time from the audience, discussing football players, deputies, Buzova, etc.

Unfortunately, if this keeps up, the media will give publicity often less important problems in the country, overshadowing more pressing concerns, we will long to restore order, not only on the roads but everywhere else. Maybe it’s time to learn to live more responsibly?