Why the shock absorbers are the second largest item in the car?

Few people think about how important shock absorbers. All for some reason believe that in the first instance, the car service you should pay close attention to the engine, the gearbox, the functionality of additional controls, for example, air conditioning system and various auxiliary systems of the machine, but certainly not think about the importance of the dampers, though they do not exist or they are designed on the complete life cycle of the vehicle. In fact it is absolutely not true. 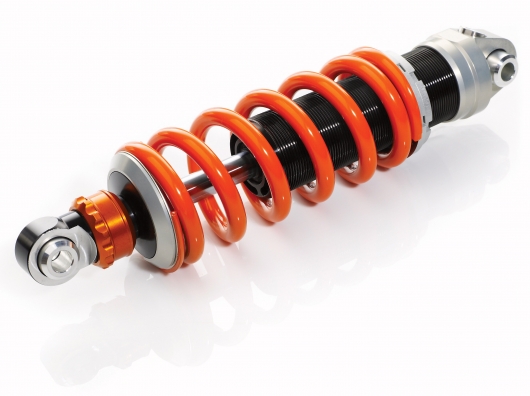 It is impossible to say that the car is more important for safe driving – tires or shocks, but the fact that both designs are in the first row of the list when it comes to security that’s for sure!

“The dead” dampers is extremely dangerous animals. With them the car behaves on the road, it becomes more like a wild cat or deer – leaps and jumps, trying to soar into the sky, and practically does not cling to the earth. In particular, it is noticeable on the road with irregularities or pits, particularly at speed. In extremely adverse cases where the shock absorbers come unconditional “kaput”, the machine can turn into a loose cannon at any change in the forces acting upon it: when turning, braking, acceleration…

It is not enough that uncomfortable (seasick until we reach the destination) and return. Very dangerous!

A good example can be a video from YouTube channel “mastermilo82”. The video, released yesterday, has already gained a good popularity, because it shows in detail how reckless you may be driving with a broken suspension.

To bring the situation to the absurd, the subject of the Ford Focus was not just equipped with half-dead amoritami, they were put out of action by drilling holes in the casing of the oil damper. The oil was completely drained, and thus to stop the swinging of the car body on springs no longer happening, and that’s what starts to happen (action starts with a 1.25 minute video):

How do you mean? The car is totally unmanageable in bumps, moreover, it was finally put down after a hard drive, which came after another pit.

For those who do not understand why the machine jumps up after driving irregularities, explain that because the vehicle is equipped with a set of springs, the compression force supplied by the spring and the next after that rebound, fluctuations though and will fade, but very slowly, allowing several or all four wheels off the ground alternately or together (if the hole was too big). This is exactly what makes the car jump uncontrollably.

To prevent this from happening, and was invented by the shock absorbers that soften the spring movement by damping. The absorber can slow down and reduce the amount of oscillatory motion by transferring the kinetic energy of suspension movement into heat energy, which is dissipated via hydraulic fluid. More can be read in our materials that explained in detail how to operate the dampers of different designs:

What are the different types of shock absorbers, their pros and cons

In short, the attenuator is, in fact, primitive oil pump, located between the body (frame) of the car and its wheels.

When the wheel receives a shock, the spring is compressed, then straightened, and the energy of that spring goes to the absorber through the upper bracket and into the piston. Of the fluid inside the piston passes through a small hole and because the movement of this fluid requires more pressure, it actually slows the movement of the piston, which then slows down the spring.

That is why it is so important to change the shock!