Why Russians don’t need to wait for cheap car

I wonder who some thought lately, why everything become so expensive? It seems the ruble is still not 80, and VAT still old. And oil is not $ 20. And inflation like the official is at a low level. But despite this, everything becomes more expensive. Even the gas fuel is beginning to catch up with the newly expensive gasoline. And whether there will be. And what about the cars? Should we wait for normal adequate price tags on new cars? Will they stop the constant change of the cost of new cars? It can not be the same machine to go up forever?

If you think that everything is expensive, try to sell something.
Robert Lembke

Recall, for example, which began with the constant rise in price of new cars? Of course, with the fall in new car sales and a steep dive of the ruble against the dollar. Then we went to double-digit inflation, which according to official statistics, our government won at the moment.

Although to be honest that prices in stores where the price tags are constantly changing, we do not observe.

The worst thing is that the cars continued to rise even after the stabilization of the ruble against world currencies. And the rising cost of vehicles continued even when the ruble from 80 rubles to the dollar fell to 56 rubles.

Now as you know our domestic currency is once again experiencing tremendous pressure, without weakening the end of the foreign exchange market. As a result, the price growth in the automotive industry continued to do his evil deed, making cars less affordable for most Russians.

In the end, while temporarily we have seen a surge of car loans. But it does not mean that the Russian car market is recovering. In fact, the people ran to the dealers to be able to buy cheaper, as another round of weakening of the currency and the planned increase in VAT from 18% to 20% in the near future in any case will make the car even more inaccessible.

It would seem that the increase in the VAT rate by 2% should not affect the demand of the consumers. But this is from what side to look. If our economy was stable, the exchange rate for many years stood on the spot, and incomes grew, ahead of REAL inflation, then an increase in the VAT rate by two percentage points likely would not affect the cost of cars.

But alas, we live today in a different situation. Unfortunately, we must recognize that the demand for cars in the near future is likely to decline. In this case, the automakers will again be forced to adjust the price tags on their products upward, to somehow compensate for their losses planned profit.

Actually the most dangerous for the market situation is the weakening of the ruble against the dollar and the Euro. It is the weakness in the ruble and is the culprit of constant rise in price of cars. But how is it you ask, because today most cars produced in Russia, so the dollar / ruble exchange rate should not greatly affect the cost of a new car? 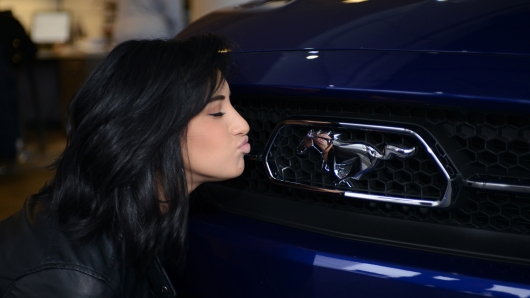 Actually it all depends on the level of localization of car production. That is, it all depends on how many domestic parts and components used in the manufacture of a car. And the more the machine is imported parts, so its cost is more dependent on the ruble exchange rate in the foreign exchange market.

Unfortunately, not a lot of production in the country can today boast of a high level of localized vehicle Assembly. For example, if you take all the imported car industry in Russia, their average level of localization is according to the Ministry of industry, just over 50 percent, agree that nothing good.

What cars Lada? Why do they keep getting more expensive? Unfortunately, despite the fact that many cars of AVTOVAZ have a localization level of over 80 percent dependence on imported components and have them. Plus the plant is constantly rising costs, in the form of higher wages at the plant, the rising cost of energy. But most of all on the pricing of AVTOVAZ, of course, affects a huge debt, which is like a curse for many years weighs on the most important plant of our country.

But in General, it seems that in our country nobody is interested (except motor) in adequate prices for new cars. After all, the more expensive the new car, the more gets the budget in taxes, the banks as interest on loans, insurance company in various insurance, regardless of car value, a company engaged in the sale of spare parts, etc., In General, as always, all of this is classic capitalism. The state, as it should be, to take care of the capital of large companies.

Most likely at the end of the current year on the back of expected rise in price of cars in the next 2019 we are waiting for a great demand not only on electronics, furniture, etc., but for cars.

Today, many experts predict that in 2018, contrary to forecasts of analysts, will be for the Russian car market record over the last few years. After all, if the market will continue to grow at the same pace, then the planned this year sales will exceed plan.

But alas, all this is probably a temporary phenomenon. In the coming years, unfortunately, nothing good on the market is not likely to be because the rise in price of cars (changing exchange rate, the VAT increase + official inflation) will inevitably turn the market which will lead to a drop in demand.