Why protection of Putin holding the car door?

Why the bodyguards of senior officials holding the car door? 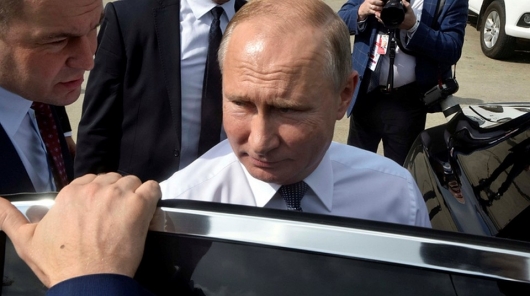 You must have seen how smoothly employees of the Federal security service of the Russian Federation, which protect the President and other senior officials. Same goes for secret agents guard the President of the United States. Also you probably pay attention to actions of protection, for example, when Vladimir Putin steps out of the car. And have you noticed that the FSO holds the door until, until the President gets out of the car? Have you ever wondered why the guard holds the door? 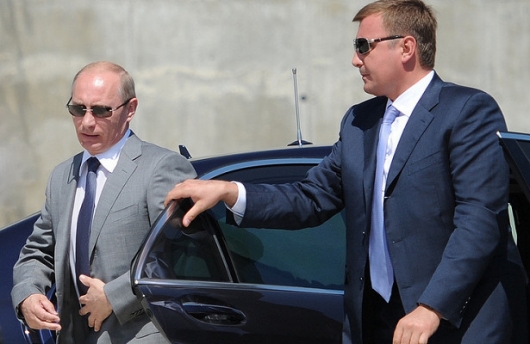 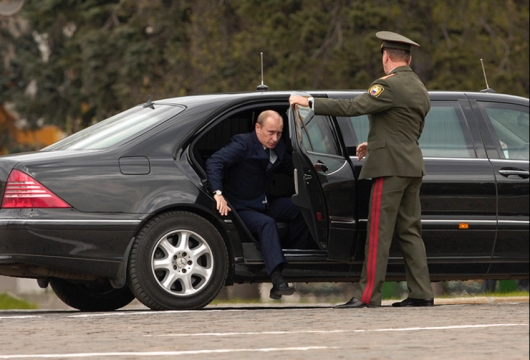 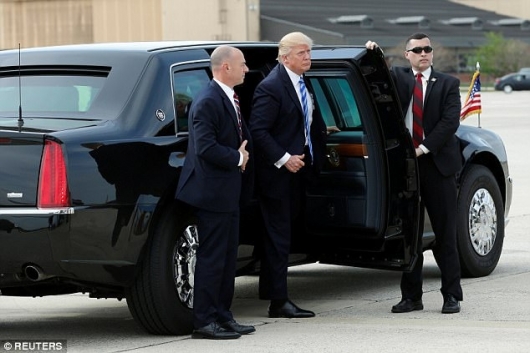 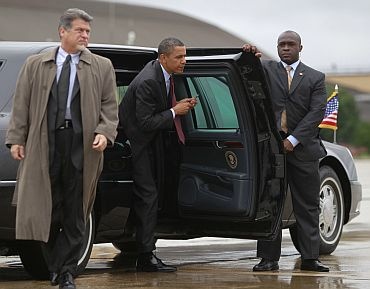 So why is the FSO staff and the secret service keep the door that way? 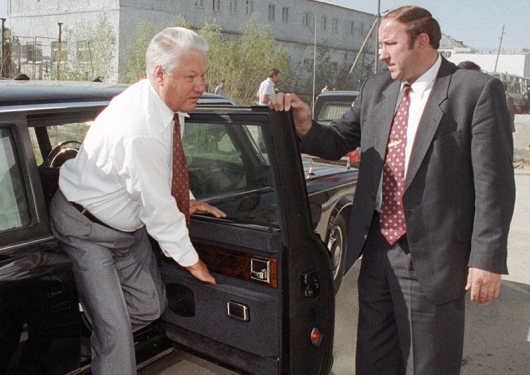 The truth, of course, we do not know. It’s classified information. But believe me, it is not a coincidence. The actions of the security services for the protection of the higher officials of the state no useless and unnecessary things.

So let’s try to find out what is the point to keep the car door, when an important person gets out of the car. 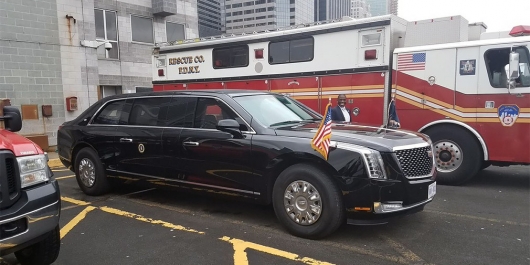 According to some, new limousine of US President weighs from 6800 to 9000 kg. weighs About the same two-axle truck. 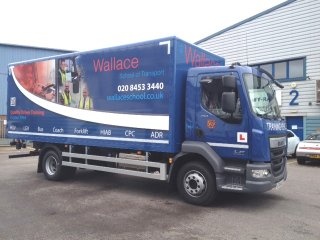 So we can assume that one door of the limousine can weigh as much as the weight of the door on the Boeing 757. 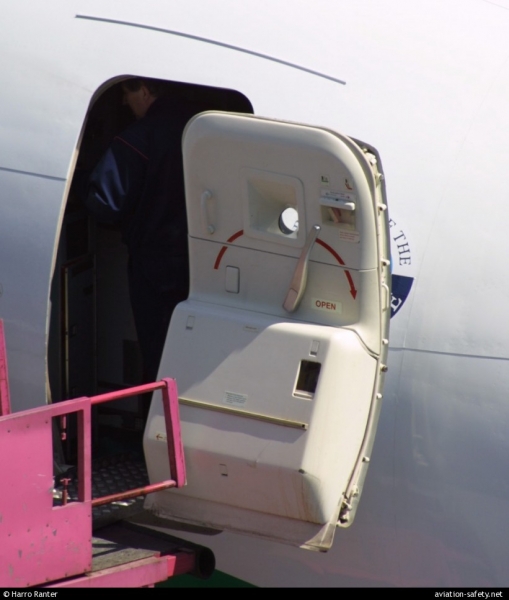 Naturally, in order to open the door, one arm would be enough. In order to safely open the heavy door of the armored limousine, it is easier to put one hand on the other on the edge of the door. Moreover, the use of two hands allows you to be sure that the heavy door can’t hurt the President when he will get out of the car. 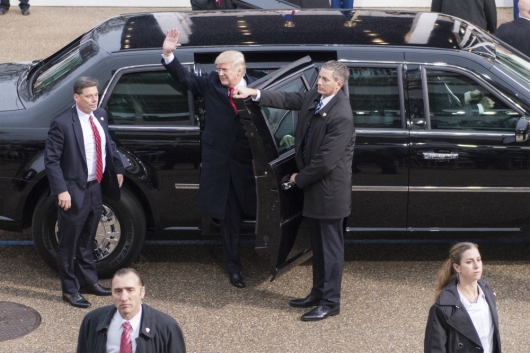 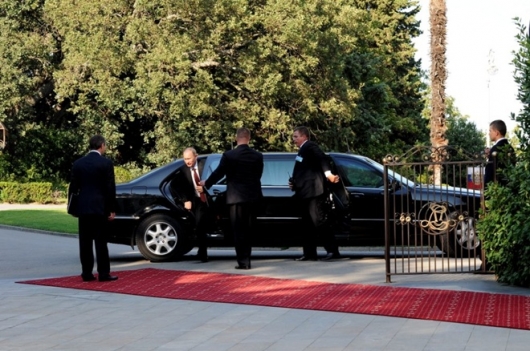 Please note that two hands, as a rule, uses the protection of the President of the United States. Protection of Vladimir Putin usually holds the door of the presidential car with one hand. But it is logical if you compare the thickness of the doors American limousine and the thickness of the door of the limousine of Vladimir Putin. Apparently, the door American car is much heavier.

The door keeps not only the protection of intelligence services 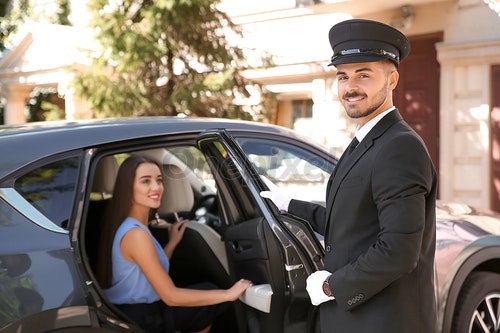 You probably know that holding a car door not only guard the highest officials of the state. Many drivers and valets holding the door of the car the same way when the passenger gets out of the car.

Holding the door of the presidential limousine, security might be using a secret function 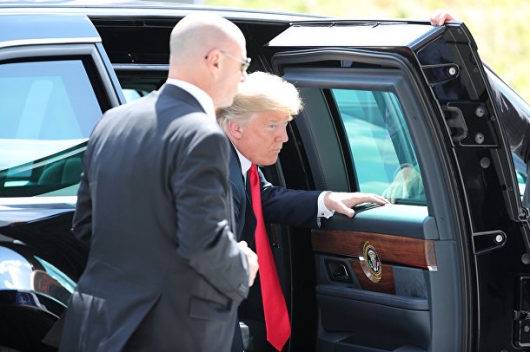 In the presidential limousine no keys and conventional locks. The car door cannot be opened by pressing the button on the key and pulling on the door handle. Actually the door handles of the presidential car can be electrified (of course, it is not known 100%, because the technical details of the car of Vladimir Putin and Donald trump are not disclosed for reasons of security). But it is logical that the designers had to provide protection in the form of a Taser, which is supposed to neutralize the attacker tried to open the door from the outside of the machine.

Quite possibly the car of the important people features a secret function that disables external security doors. This is probably the security services know where and how to touch the machine to disable the discharge. That is, quite possibly, the guard has secret access (including using a combination of hands or fingers) to open the doors of the presidential limousine.

For example, here are pictures where you can see the limousine of the President of the United States, where the guard with one hand laid on top of the door and the other on the handle. Note the position of the fingers of his hands. Quite possibly, this is the desired combination to disable the protection around the perimeter of the car body. 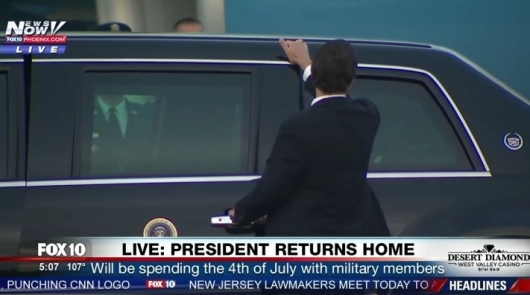 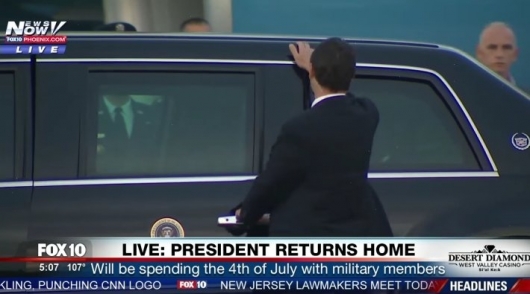 Although, of course, in General, it’s more like a sign of respect and a cult, and do on a regular security that biggie didn’t hurt himself on the heavy door.

Unfortunately, we’ll never know. And have you any ideas why the protection of Vladimir Putin and U.S. President keeps his hands on the door? Share with us your thoughts in the comments below.