How millions of motorists run the risk of get caught up in debt for the damage caused in the accident. 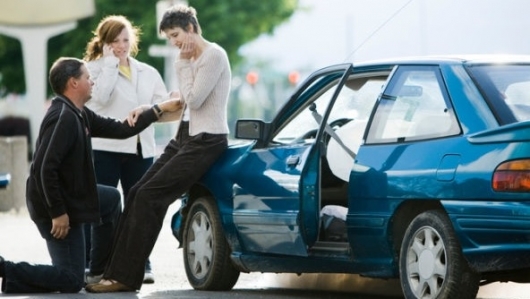 Probably every motorist in the major cities of Russia drew the attention that the expensive cars on the road has increased significantly. This is logical: in times of crisis the poor are getting poorer and the rich richer. But today it’s not about that. Today we want to talk about a hidden threat that affects millions of motorists.

We all know that insurance policy, which should be every driver covers our civil liability in the event of an accident our fault. Under current law, the maximum damages that may be reimbursed under compulsory insurance of civil liability is 400 000 rubles. That is, if by our fault of an accident, the insurance policy will cover the injured party a maximum of 400 thousand rubles. On the one hand, it protects many drivers on the road.

After all, if anyone remembers, in the past people on the road almost fists had to decide who is right and who is wrong and who is who and when needs the money for damages. Now with obligatory civil insurance has become much easier. Caused damage to other vehicles, damage to pay the insurance company within the statutory limit. But not so easy in our Kingdom.

Have you ever wondered what is the limit of civil liability within the framework of compulsory car insurance may not be enough? Someone will say, what is it, 400, 000 will not cover the damages in most accidents that are recorded each day on country roads? No, of course, according to statistics, most accidents on the road are irrelevant. Consequently, average payments for CTP is less than 100 thousand rubles. But for some reason nobody talks about the fact that after all Russia is not very small proportion of accidents in which the damage far exceeds not that of 100 thousand rubles, but often goes beyond the maximum payment for insurance policies. Have you wondered what to do in this case? 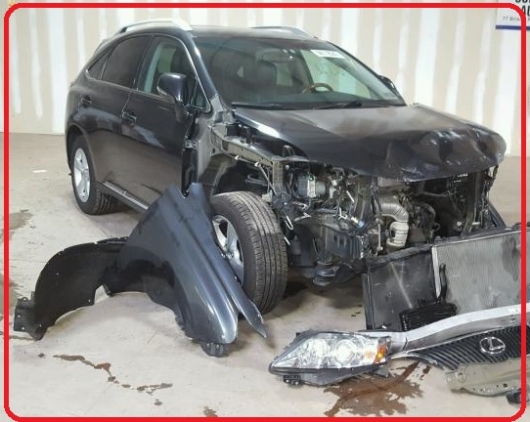 Imagine that you, God forbid, became a culprit of an accident involving an expensive luxury car. Presented? Now tell us how you will settle with the injured party (the owner of a very expensive car)? Counting on rising in price forever insurance policy? In vain. Don’t forget: the maximum limit of payments on it is only 400 000. Now imagine the amount of damage amounted to more than 400 thousand rubles. So what are you going to do?

Of course, you will have to resolve this issue with the owner of an expensive car and pay are not covered by a CTP insurance policy for the damage. Or do you think that a rich owner will spare you? Don’t count.

The fact is that in most cases, owners of expensive cars get the hull policies, insuring your valuable or priceless possessions from any damage. In this case, if you have damaged luxury car, the owner will receive insurance money or a full repair of the car from an authorized dealer. 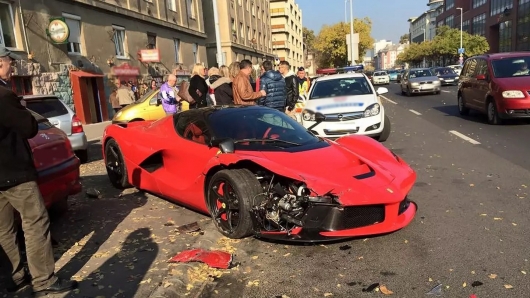 For example, imagine that in the accident the damaged cars insured under the policy of insurance, sustained damage in the amount of 600 000 rubles. If the culprit is the usual insurance policy, the liability limit is 400 000 rubles. Accordingly, the CTP will not cover the damage caused to the car. In this case, an insurance company that will pay under the policy CASCO 600 000 rubles to the injured party, will be entitled to demand from the guilty party to regress 200 000. If the culprit ignores this requirement, make sure the insurance company will file a lawsuit demanding compensation for damages. You understand that if the damage will be to knock out the culprit through the courts, then it will hang and court costs.

How do you this bleak prospect is to be in accidents involving expensive cars? I think that is unlikely? Especially in a city where the average speed is almost comparable to the speed of cyclists and runners? Yes, of course, in large cities due to a decrease in average speed of vehicles get into a major accident is unlikely. Accordingly, to hurt someone if at fault damage to property amounting to more than 400 000 also unlikely. However, understand that from such nobody is insured.

But don’t forget that today on the roads of major cities there are a lot of expensive cars, where only one headlight can cost several hundred thousand rubles. For example, the cost of modern headlights in new cars we have said on the pages of our publication. And blame new technologies that have significantly increased the cost of the front and rear optics. In the end, even the cost of led lights in a cheap Toyota Corolla can bring to mind many motorists. 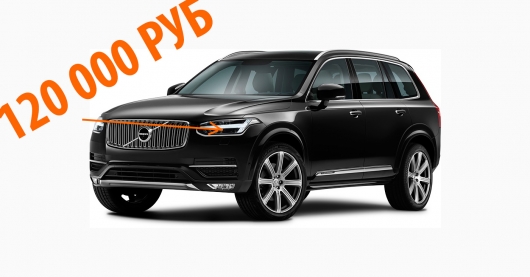 For example, did you know that on average low-cost car front LED lights can cost more than 50 000-100 000? Surprised? Now imagine how many there are lights on various Mercedes, Lexus, Porsche, etc., not to mention the cost of optics supercars who love to drive on Kutuzovsky Prospekt in Moscow.

Also today, many expensive cars have instead of the metal wings and bonnet components from carbon fiber. Can you imagine how much are new parts from a composite for expensive cars? Understand that even a minor accident in which you get hurt a little expensive car, can lead to the fact that the damage was your fault can be calculated by the figure with six zeros. In this case, you and enjoy all the pleasures of regressive claims of a formidable insurance companies, it is unlikely you will regret it.

But what do ordinary motorists? How to protect yourself from these “apartments on wheels” on the roads in major cities?

Traditionally, this issue is easily resolved by the purchase of policy of voluntary insurance of civil liability (dsago so-called). As a rule, many drivers sooner pay a small amount to the insurance policy, purchasing an extended public liability insurance, which protects them on the road from possible accidents with expensive cars.

But, alas, in recent years, this type of insurance is trying to “kill” most of the large insurance companies because of the alleged massive fraud in the insurance market.

As a result, many companies are generally removed from their service policies of voluntary insurance of third party liability. Some just began to sell these policies to the load to costly policies hull. 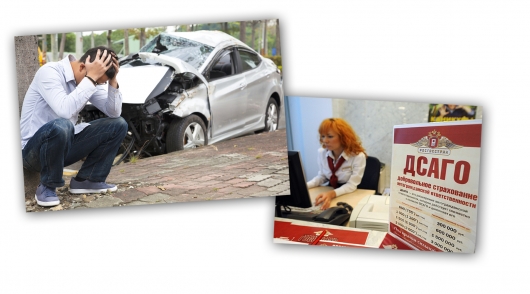 However, contrary to some rumors in the media Polis dsago to buy still possible. Though, of course, and not everywhere. For example, several major insurance companies on our request regarding the purchase of extended insurance policy said that they are ready to offer the design of the policy only to the regular customers purchasing for several years, the insurance policies or the hull. There are many insurance companies to new customers in the design of the policy dsago, as a rule, refuse.

And still on the market you can find insurance companies that sell policies dsago even new customers. However, we must recognize that such insurers every year becomes less and less. The worst thing is that a large insurance company having a large share of the insurance market, in most cases, try not to sell policies dsago anybody and new customers. In the end, many of the drivers in Russia can really be a problem with the purchase of extended insurance policy.

We believe that the Central Bank of the Russian Federation and the Government of the Russian Federation need to consider how to bring order into this important insurance market because of the high cost of cost of spare parts and cost of repairs of expensive cars hundreds of thousands of drivers in Russia are at risk in the event of an accident to be eternal debtors of insurance companies or the owners of expensive cars.