That’s why automobiles use alternating current generators, although all the devices on Board is powered by DC electricity 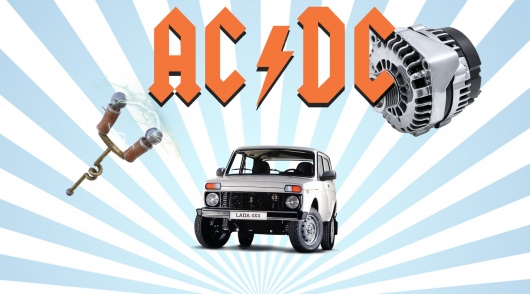 Have you ever thought someday that nourishes all the systems of your vehicle? Due to which engine starts, lights on the dashboard, move the arrow and work on-Board computers? Where does the electricity on Board? Of course their generator produces and stores chemical energy storage reusable electric battery. Know it all! Most likely you are also aware that the battery produces DC current that is used in any car. However, in this coherent theory tested by practice there is a strange link, not wanting to succumb to the logic generator produces alternating current. It doesn’t seem strange to you? Why is this happening?

Actually this is an interesting question, because in this story from the first glance makes no sense. If all consumers of electricity in your car working on 12 volts DC, is why the automakers no longer use generators that produce direct current electricity? Sooner like it did? Why you must first generate AC current and then convert it to DC electricity?

Armed with this kind of questions, we started to get to the truth. After all, there is this some kind of secret reason. And here’s what we know. 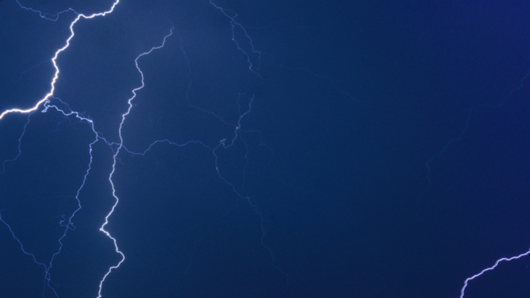 First, let’s clarify what we mean by electricity AC and DC. Cars use DC current, direct current, as it is called. In the name of the hidden essence of a phenomenon. This is the type of electricity that is produced by batteries, it flows in one constant direction. The same type of electricity produced by generators, which were put on the first cars since the early 1900 – ies 60-ies of the last century. On the old GAZ M-20 “Pobeda” and GAZ-69 set is the DC generators. 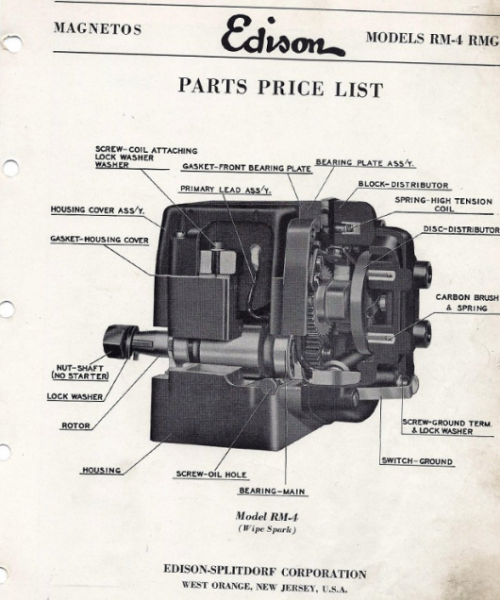 Another form of electricity – alternating current – so called due to the fact that he periodically drew for the direction and changes in magnitude. Access to this type of electricity can be obtained from any outlet normal apartments around the world. We use it to power electrical appliances in private homes, the buildings, the lights of the big cities also give light due to alternating current, because it is easier to transmit long distances.

A large part of the electronics — including nearly all in your car uses direct current, converting AC to DC to perform useful work. In household appliances set so-called power supply units which convert one form of energy into another, highlighting the output a little heat. The more complex domestic utensils, for example, computer or Smart TV, the more complex chain of transformations. In some cases, alternating current is partially changed, only adjusted its frequency. It is therefore very important when replacing a failed power supply unit replace it with the original, of the correct type. Otherwise, the technique will come very quick end.

But something we have moved away from the main issues raised on the agenda today.

So, why in cars to produce the “wrong” form of electricity? 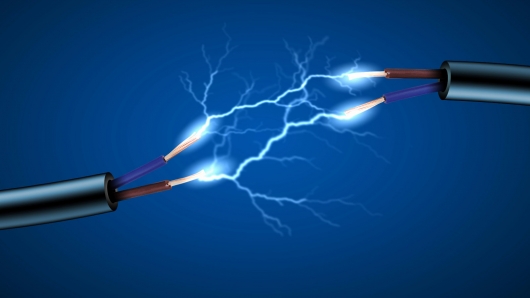 The answer is very simple, that is the principle of operation of alternator. The highest efficiency in the translation of mechanical energy of rotation of the motor into electrical energy is precisely on this principle.

Briefly the principle of operation of the automotive generator is: 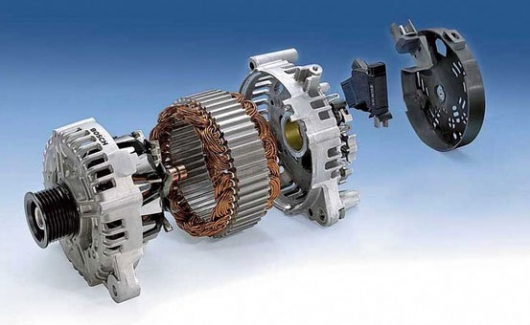 When the ignition is switched to the excitation coil is supplied voltage through the brush block and slip rings.

Is triggered by the appearance of a magnetic field.

The magnetic field acts on stator windings, resulting in an electric alternating current.

Then AC goes to the rectifier where it is converted to DC.

The final stage of the cooking the correct current – voltage regulator.

After the whole process, part of the electricity energizes the electrical load, and part goes to charge the battery, some part of it goes back to the brushes of the alternator (as was once called an alternator) to generator self-excitation.

Above we described the principle of operation of modern AC generator, but it was not always so. Early cars with internal combustion engines used a magneto is a simple device to convert mechanical energy into electrical energy (AC). Externally and internally, these cars were even similar with the later generators, but was used on a very simple automobile electric systems without batteries. Everything was simple and trouble-free. No wonder some have survived to our times 90-year-old cars start so far.

Inductors (the second name magneto) was first developed by a man with the inimitable name – Hippolyte Pixie.

At the moment we found out that the type generated by the current generator depends on the productivity of the translation of mechanical energy into electrical energy, but also an important role in this story played by the reduction in the weight and dimensions of the device, compared with the same power devices on direct current. The difference is almost three times! But there’s another secret why the automotive generators today produce alternating current. In short – a more advanced evolutionary way of development of the DC generators, which to be honest, in fact, did not exist in its pure form.

Let’s say furthermore, DC generators actually produce alternating current, when the anchor (a movable part) rotates inside the stator (the outer “shell”, which has a permanent magnetic field). Except that the frequency was different and “smooth” it in DC could be easier with the aid of the switch.

The switch then it is a mechanical device with a rotating cylinder, segmented with brushes to create an electrical contact. 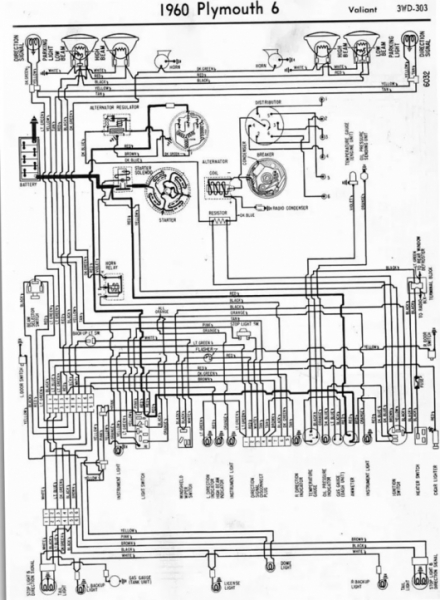 The system worked, but was imperfect. There was a lot of mechanical parts, brushes, create a contact, can quickly wear, and the overall reliability was so-so. However, it was the best way to get DC current that you need to charge the battery and run the car’s systems.

It was not until the late 1950-ies, when I started to receive solid-state electronics, which became the solution to convert AC to DC by silicon diode rectifiers. 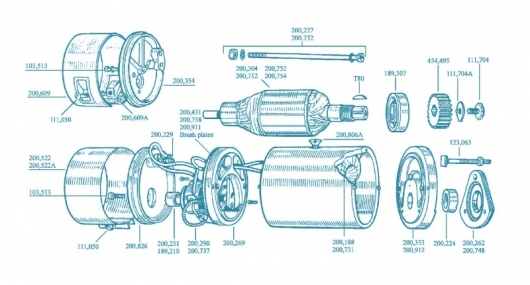 These rectifiers (sometimes called a diode bridge) has shown a much better hand, as converters from AC to DC, which in turn allowed the use of more simple and therefore more reliable alternators in cars. The first foreign automaker that has developed this idea and brought it to the market of passenger cars was Chrysler, which had experience with rectifiers and electronic voltage regulators, thanks to research sponsored by the Ministry of defence. Interestingly, Wikipedia notes that American development “…repeated the development of authors from the USSR”, the first design of alternator was introduced in the Soviet Union six years before. The only, but important, improvement of the Americans, was the use of silicon rectifier diodes instead of the selenium.

In the USSR, though late for 7 years with the introduction of a series of alternators for cars, ahead of the world in the development of new types of generators. In 1955 at the Gorky automobile plant were produced 2,000 cars with alternators instead of magneto.

“One of the leading developers thanks to which in the Soviet Union and on the European continent came the first production design of the AC generators was Kopaev Yu (research Institute of the auto-devices) and V. I. Vasilevsky (CSETE Samara),” according to the Wikipedia pages. 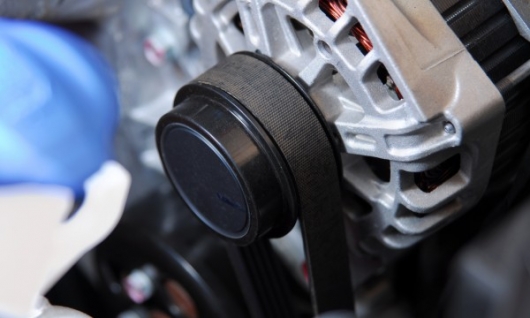 Well, we end our story. The first passenger car in the basic configuration, which sets the generator of the new design, was the Plymouth 1960 release. Some of the most obvious advantages of the generator was that at low speed or at idle it still produced enough current to charge the battery that most generators of that time were not able to do.

It turned out that the alternators, after it was established mass production, to produce more cheaplythan generators of the old design, they are more reliable, more hardy and they produce more power at different speeds of rotation of the crankshaft. They made such a big step forward that all the pros easily blocked the only negative – they could not produce current. Especially after he developed a cheap and reliable solid-state rectifier.

See? In the end, it makes sense!