Why blow up a car battery?

In some cases, you may explode the battery? 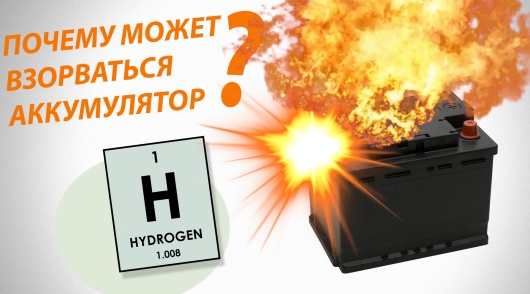 They sent us a letter one of our readers, who scratches his head over the incident in his house. In his garage exploded car battery standing on recharging. How can this be and what could be the cause of the explosion, we tried to understand.

So, here’s the letter we received:

“I try to avoid explosions in your house and garage. Yes, I understand that the world is not perfect, and, of course, to ensure that the house did not explode, I can’t. That’s why many of the house occasionally something explodes. One of the explosions had recently occurred in my house. Last night in my garage in the house exploded car battery.

However, it is noticed, not I, my child, who told me the unpleasant news that my workshop in the garage something is wrong. At first I didn’t pay attention, rambling about my child. But then I still went to check, fearing that the child came without asking in the workshop, where they could shed left on the table an open bottle of motor oil.

But in the end, instead of an oil spill, I saw that the battery of my car broke. Moreover, in the garage, I saw a lot of strange damp black spots. Also around the garage was scattered with jagged pieces of black plastic. What happened?

I know that sometimes car batteries can explode. This usually occurs when the jump-start another car incorrectly connected the high voltage wire or old battery is experiencing a huge load when trying with the starter to start the engine that won’t start. 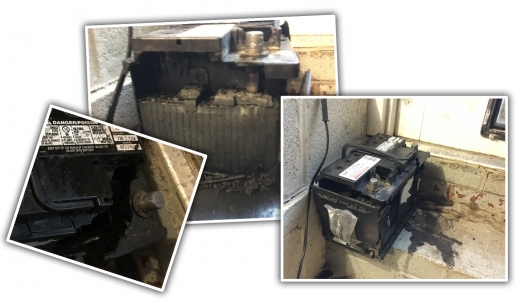 But then the battery just was being charged, as many do, bringing the battery home to charge it using the charger. In the end, apparently, my battery and ripped from charger. But how can this be?

Yes, the explosion, by the way, happened sometime in the night, fortunately when there was no one. Also the battery was clean, not damaged, the terminals of the charger was securely fastened. Something I don’t understand what happened with the battery, really?”.

Recall that inside batteries, as a rule, is a grid of lead plates which are immersed in sulfuric acid. Yes, the battery of your car is used sulfuric acid, which is mixed with distilled water, resulting in electrolyte.

But thanks to the reaction of lead plates with sulfuric acid and there is electricity. Unfortunately, no good and no evil. The fact that this product of this chemical reaction is the formation of hydrogen gas which is very flammable. In most cases, hydrogen is formed by heating the electrolyte or boiling.

Any little spark can lead to the burning of hydrogen, which, of course, very bad. If the battery of your car is old and suffered some loss of water, the lead plates inside the battery are exposed to air. When your battery is under high load (the car requires a large amount of electricity), the lead plates can be bent, to contact, to form an electric arc. Because of their interaction with each other inside the battery may result in a spark that eventually will lead to the ignition of hydrogen. Further, all classically – battery explodes.

Dirty terminals can also be a source of sparks, as due to a poor connection of terminals with the battery can receive electric arc. The same applies to loose high voltage wires, which can also form a spark when the car, for example, rides on the bumps. But our reader who sent the question, just charged the battery in the garage. That is, the battery was not under load, but rather were charging.

How, then, was the explosion? Well, first, the cause of the explosion could be the charger, in which, for example, might fail relay which usually protects the battery from overcharging. As a result, if the relay is broken, the battery can just be recharged. In this case, the sulfuric acid mixed with distilled water could just boil. When it starts to stand out a large amount of hydrogen. Typically, the hydrogen is easily removed from the battery using a special ventilation in the tubes of the battery. Unfortunately, if the battery is dirty or dusty, it leads to the fact that these air vents are just clogged, causing the hydrogen generated inside the battery, not output to the outside, with the surplus accumulating inside the battery.

It is possible that, despite the fact that the battery externally, was clean enough, the vents in the battery tubes were clogged, causing the hydrogen in the battery, was not assigned properly. Unfortunately, it is enough even when beating just one vent. That’s why it’s so important to wipe the dirt from not only the battery case but also the upper surface. Especially the battery tube.

In addition, most likely, the battery is either too long was being charged or the charger is out of order relay, which automatically should disconnect the battery to prevent overcharging the battery.

In the end, the battery got overcharge, with the result that inside it there’s a lot of hydrogen due to overheating of sulfuric acid.

As we have said, hydrogen can explode from the slightest spark. But where in the garage can take a spark near the battery, standing, without disturbing anyone, charged? It turns out that hydrogen can be ignited without a visible spark.

For example, if I recharge the battery, then it will emerge into the environment a large amount of hydrogen which will mix with other substances in the air (for example, it is most likely that hydrogen in a garage can blend with carbon monoxide).

As a result of interaction of hydrogen with carbon monoxide there is a sharp extension of a chemical compound. In this reaction large amount of heat. This usually leads to explosion inside one or more cells of the battery.

The case of our reader – reminder to all motorists that sometimes life can happen unexpected things. Including when you go to the car battery to recharge it at home or in the garage. And thank God that this battery did not explode when stood in the car our reader.

Also he was lucky, that next to the battery in the garage was not anything of value. Otherwise the force of the explosion, which scattered all over the garage shards of plastic and boiling the electrolyte, could lead to irreparable damage. But also great luck with the battery at the moment of explosion there was nobody. Especially the child.

This is why you need to treat the battery of his car is not as to the battery of your smartphone. Not only that, you have to keep the car battery clean, but also to maintain the charge at the optimum level. If necessary, you must charge the battery using the charger without removing it from the machine or taking the battery to your home or garage.

And, of course, follow the ventilation holes in the tubes of the battery, which should not be clogged with dirt, dust or leaves. Remember that they perform in the battery a very important role, bringing with it hydrogen.

Also check the condition of the battery terminals, which could cause sparks.

So be careful with car batteries! Batteries can not be trusted!