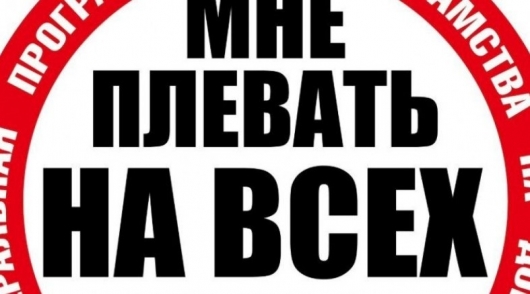 The Moscow city court ordered the liquidation of the public movement “Stopham”, according to the Ministry of Justice of the Russian Federation. Now, after the court decision comes into legal force, the organization will be excluded under the current legislation from the register.

But apparently “Stopham” will not halt its activities because of the cancellation of the legal entity will not create problems of public movement. Most likely, the head of the “stop boor” Dmitry Chugunov not to challenge the court decision in higher instances, as recently reported by the media that even if the court sides with the DOJ, the organization will continue its activities without a legal education, since their movement does not require under the law legal education.

Recall that the public movement “Stopham” was created in 2010 with the aim of identifying those violating the traffic rules. So, members of public organisations have stopped the illegal Parking of cars in areas where it is under the law forbidden to do. Those drivers who did not respond to a request by members of the society “Stopham” clean car pasted on the car hard to remove the sticker.

All of these actions usually are recorded and then the videos are laid out in the network.

In 2015, the Ministry of Justice asked the court to cancel the registration of the society, “Stopham”, as they said the organisation had not handed over the reports for several years. Then “Stopham” eliminate all violations of the law, having passed all the reports and paid a fine.

In the end, the proceedings were discontinued. But recently, the DOJ again filed a petition with the court asking to eliminate the social movement.

Ultimately, the court ruled in favor of the Ministry of justice, granting the petition.