Who but retirees may not pay the transport tax?

Who can apply for privileges at payment of the transport tax (how to get them)? 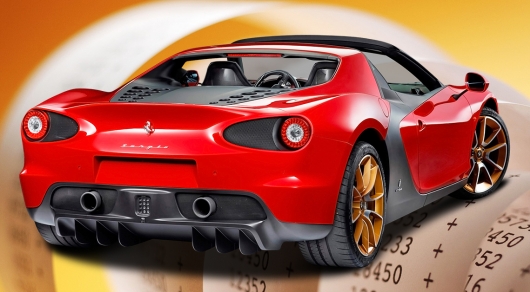 The Ministry of Finance reminded that not only seniors have the right not to pay the property tax, by law they have benefits, including concessions apply to the transport tax, but there are other categories of citizens who can not legally contribute to the Treasury funds for the use of acquired transport.

“Recipients of social state insurance and pensions for loss of breadwinner shall be exempt from tax on property of physical persons. This explanation was given by the Ministry of Finance”, noted in the article “Russian newspaper”. On paper it looks grandly and nobly, but in reality quite a large number of citizens entitled to benefits do not receive them. Their point here is not that the law is not working or the government is trying to get away from the taken from commitments. No. Just people don’t know that they are included in the category of persons exempt from the tax burden on property. 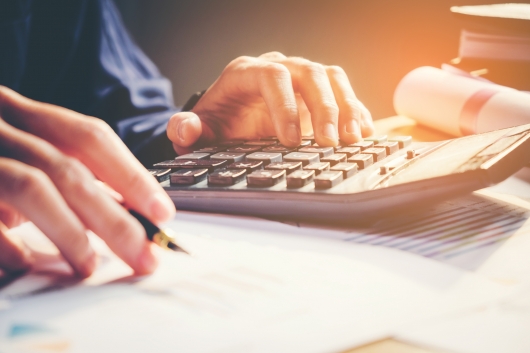 “Because we have a valid declarative principle – that is, a person turns to the organization providing the benefit, personally or through the multipurpose centre “My documents”, it is in compliance with all conditions of its provide. Not asked to run for exempt…”, reveals the secret of the rector of Academy of labor and social relations Alexander Safonov “the Russian newspaper”. It would be nice to more actively social to inform citizens about this, sums up Safonov.

If so, let’s recap what you need to do each of the privileged categories of citizens not to pay the transport tax on the lawful bases.*

*It is important to note that in certain cases, tax incentives do not depend on the age of the taxpayer, and these preferences can be established both at Federal and regional levels and are regulated by the Tax code of the Russian Federation. Therefore, often the benefits should know in the region where the registered owner, as the owner of any other property taxable. 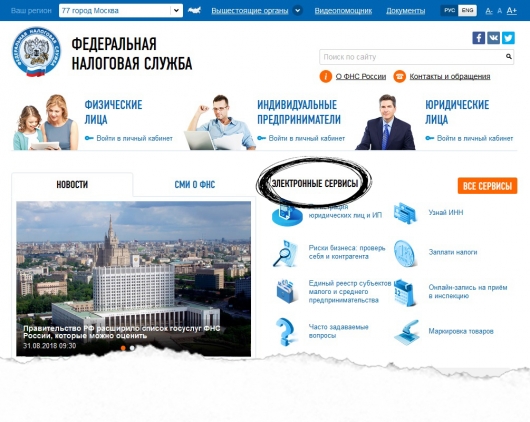 The list of persons for which are the tax benefits of the transport tax (at Federal level). St. 407 of the Tax code:

heroes of the USSR and Russia;

the persons awarded by orders of Glory of 1-3 degrees;

people with disabilities and veterans;

disabled military retirees who took part in the fighting in other periods;

legal guardians, Trustees, adoptive parents, or one of the natural parents of a child with a disability;

the disabled of group 2;

owners of vehicles with engine capacity of 70 HP.;

one of the adoptive parents or parents in a large family;

people who carry the incapacitated on his car; the liquidators of the consequences of technological accidents – the Chernobyl nuclear power plant, “Mayak”, and also exposed to radiation during the tests, the military, space technology, nuclear weapons.

The provisions of this article of the tax code, under the pensioners need to understand not only individuals who have reached retirement age, but those who receive such a pension insurance in case of loss of breadwinner. Thus, it is, in particular, have the right to: minor children of the deceased breadwinner (18 years) and family members of the supporter, provided that they are not working and are caring for children under 14 years of age. 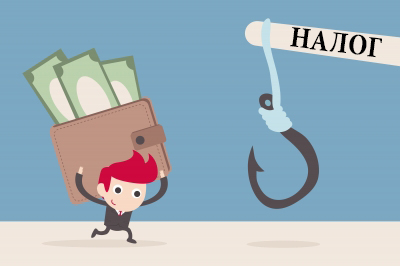 According to article 358 of the tax code 100% of the released citizens in possession of transport:

passenger car reconstructed for the management of the disabled;

vehicles with engine up to 100 HP, provided by authorities of social services;

vessels for river and sea crafts;

the drilling and platforms (floating or ground);

vessels for the carriage of passengers (if they are in the ownership of the IP, and this is his main occupation);

vessels registration in the international register;

self-propelled machinery used in the conduct of field work;

stolen cars according to the information from Ministry of internal Affairs confirming the fact of theft.

Categories of persons who are exempt from paying vehicle tax:

FZ provides for benefits to persons with disabilities 1 and 2 groups, including those who received disability catastrophe sites of other man-made disasters. It is customary to facilitate their movement and adaptation in the urban environment.

To obtain this benefit, the disabled person must be a certificate of disability group 1 or 2, and the car acquired at the expense of social support. People with disabilities of the third group, it does not apply.

Subsidies are also organizations and associations of disabled people using transport for their work. They also apply to persons with disabilities after participation in liquidating the Chernobyl accident.

Parents with many children (families) 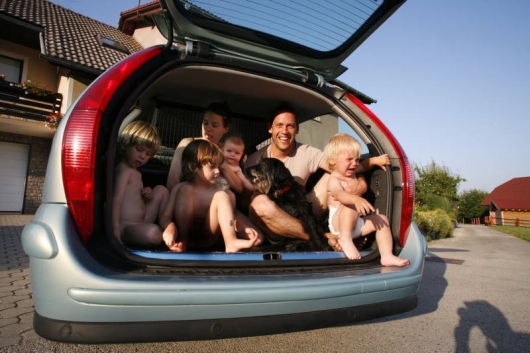 These owners provide benefits at the regional and Federal level. A family with three or more children under 18 (23 if they are students) assign the status of a large. The father or the mother is entitled to make the benefit of one car up to 150 HP optional (if several) was a scooter or a motorcycle.

Single parent three or more children under 18 years may be fully exempt one motor vehicle from tax.

Pensioners and veterans of labor 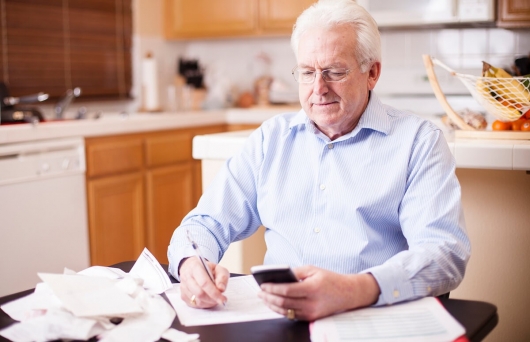 Benefits to veterans of work are not spelled out in the Federal law, but in most regions they offer or grant, for example, workers on the home front of WWII.

In different regions, benefits for retirees may vary. Information about this will provide in tax service.

The authorities of most regions of the Russian Federation is fully exempt from tax liquidators of the accident at Chernobyl, and others equated to them in rights. In some regions there is no benefit (Belgorod, Ryazan and some other areas), and, for example, in Karelia it is 50%.

By the way, in the category of persons includes not only the liquidators of consequences of the accident and the people whose health has been harmed in connection with the stay in the infected area. In the category of act and classifies the persons who worked in the exclusion zone after the accident.

This category of inhabitants of the Russian Federation provide benefits with some reservations.

In some regions, under the provision of the benefit subject to, for example, the old cars manufactured up to 1991, with the engine up to 200 HP On boats discounts veterans military actions. They are common on this category, widows of veterans, if they have not remarried.

How to get the benefits

Here begins the most interesting. The fact that privileges for transport tax is a declarative (active) character. So – if the owner does not claim it, it will not be activated, i.e. will not be provided. To reduce the tax, the citizen should apply with a passport and a statement to any Inspection of Federal tax service (IFNS). This absolutely does not matter where the citizen lives and where the vehicle is registered.

Applications can be submitted several ways:

To apply to the Inspectorate in person. To make two copies, second with a mark of tax authorities to keep control. If the right be denied, the decision can be challenged through the courts. The statement should make any inspection, not necessarily the place of residence (residence permit). 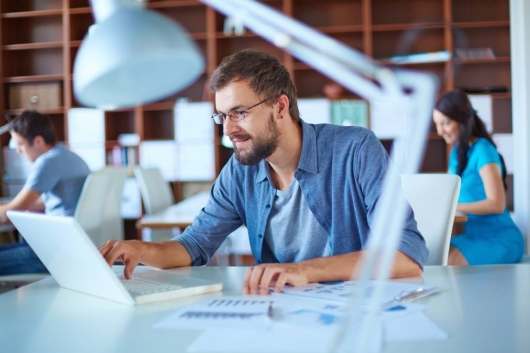 To send the mail. The date of submission of the application shall be deemed to be that the stamp on the letter. Attached to the application copies of documents, make a list of contents. It marked the postal worker on the second copy and the receipt of payment for shipping save.

Via the Internet. In the personal Cabinet on the portal, on. The access password will be given to the district tax inspection on the passport. The username is INN. Pre-there is need to obtain an electronic signature (qualified), by which sign all appeals to the FNS

In a statement on the provision of subsidies for tax collection need to specify:

The statement is written in a free form or fill out the form in the prescribed form issued by the tax service. An example of a document granting tax benefits: 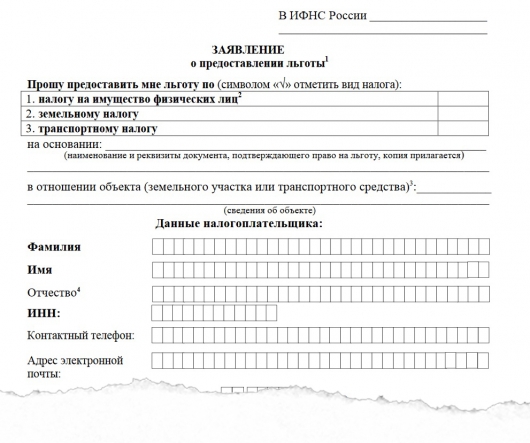 body, where is it going;

the data of his passport;

the reason of the request and a link to the article of the law, as a basis for this.

The statement should attach copies of documents:

Title and registration certificate for the vehicle;

the certificate confirming the attitude to the category of nontaxable.

Thus, if you fall under any of the above categories of the population, for which there is reason to subsidize the tax burden – the time to act! Taxes themselves are not written off. In addition to the Internet, the Tax code, regulations of the regional authorities and site nalog.ru you can come in on your own and to clarify the information you need.

PS , the Taxpayer can submit to tax inspection the documents to benefits within three years from the date when any right to the benefit. The overpaid amount in the next he can be set off against the next payment or refunded (see example above). 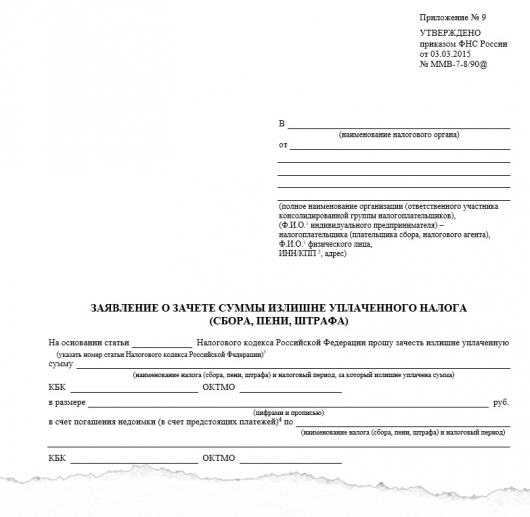