Whether to reduce the allowable threshold violations speed with 20 km/h to 10 km/h? 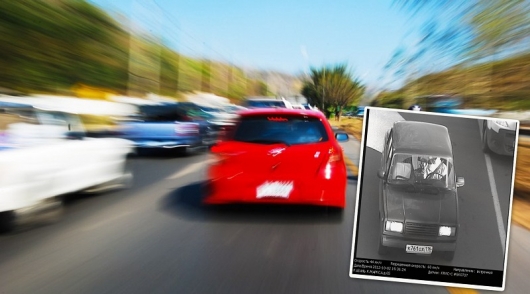 Well, that loomed again in the corridors of power, the theme of the need to reduce the speed threshold for which at the moment does not come the fines from the cameras of the traffic police. Recently, in Sochi took place the meeting of heads of traffic police, where they raised the issue of changing the current legislation that regulates the procedure of fixing speeding violations with cameras fotovideofiksatsii. In particular, the traffic police authorities believe that nestrashnye threshold in the form of exceeding a vehicle speed of 20 km/h must be reduced to 10 km/h.

Recall that at the moment under the current law for exceeding the posted speed limit by 20 km/h car owners are not subject to administrative responsibility. This rule was introduced after the work of photo and video recording showed a large error in the determination of the actual speed of the vehicle.

In the end, it was decided not to attract drivers to justice for exceeding the speed limit by 20 km/h. But then a short time later the traffic police said that this “untouchable” speed threshold should be lowered to 10 km/h, because the higher the allowed threshold relaxes and gives drivers a false sense that the existing traffic Rules can be broken. 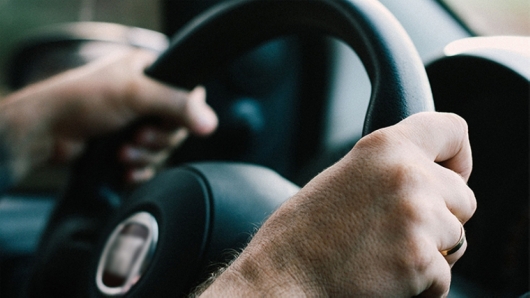 But in the end, to the delight of motorists, in the following the proposal of the state traffic Inspectorate somehow forgotten. Including in the government and in the Duma. Especially in the period when the collection of fines has grown by leaps and bounds across the country because of an avalanche-like proliferation of cameras on the roads.

In the end, increasing income from fines would suit all regions. But then there was introduced the possibility of payment of fines at a discount, allowing drivers to pay half the fine in the first 20 days. This, of course, played into the hands of motorists, but not for local budgets, which in the end lost previously have a stable income from the cameras.

Falling revenues from fines for violation of traffic rules continues. So, despite the increase in the number of cameras on the country roads in some regions and cities of Federal importance, the dynamics of revenues from fines are already not happy with local officials. The fact that many motorists have long studied all the possible locations of speed cameras (and others), trying not to disturb the line of sight to traffic.

Plus modern navigation applications for smartphones have learned to inform drivers about the cameras on the road, which allows time to reduce speed and to handle the fine. It is logical that in the budgets of large cities and regions have already become not so smooth. That is why the Moscow authorities, for example, has announced a global update of complexes photo and video fixation on control over observance of traffic regulations, in which some of the cells will be moved to new addresses, and the place of the old location of the complex will be dummies.

In addition, the Moscow authorities are planning in the near future to allocate money to expand the network of cameras photo and video recording. So the Moscow authorities want not only to improve the traffic situation on the road, but at the same time to replenish the capital budget is still a large revenue from fines.

But what is the drop of revenue from fines and traffic police proposed reducing the allowable speed threshold? It’s simple. For example, if tomorrow to reduce this threshold, then, believe me, after a few months, all regions otraportuyut that the revenues from fines has broken all records. Because you know many drivers have to get used to the new rules. Can you imagine what number of enthusiasts will okuchit for a short period of time?

Then why is the traffic police not really in a hurry to propose to the government to reduce nestrashnye threshold when the speed is exceeded? Most likely, given the recent unpopular measures, which proposes to introduce the traffic police, the Agency just wants to be in the public eye as a hotbed of evil. In the end, so as not to disturb motorists, most likely, in the near future this proposal may put forward any stakeholder Agency, or some unknown Deputy from some distant land.

By the way, instead of offering to lower the threshold of permitted speed limit, better traffic police checked all main roads of cities and Federal highway, where very often you can find road signs with unreasonably small allowed speed, which usually love to place the cameras fotovideofiksatsii. Especially hanging sign 40 km/h immediately after 60 km/h or 80 km/h. 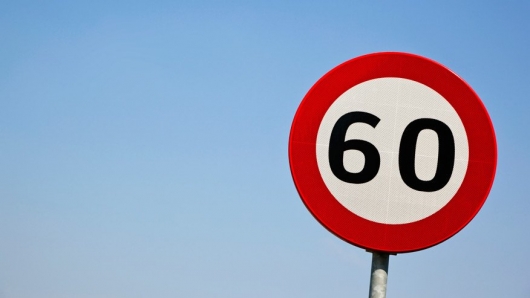 Yes, we do not argue that on many roads of Russia (including Moscow) signs 40 km/h and 60 km/h is justified. This is especially true of complex loaded narrow roads with junctions, etc.

But when the new major roads to the same Moscow there are signs of 60 km/hour, this is in any gate not climbing. Here is a live example on the newly opened highway TSW (North-East chord in Moscow), where the wide carriageway multilane roadway with the bump, protecting cars from the oncoming lane, set a speed limit of 60 km/hour, and the entire length of guess what is hanging? Of course, cameras for every taste.

For us is still a mystery why this new highway is set so small the speed limit, whereas, for example, in the same the Leningrad highway in area Water stadium, hangs a sign 80 km/h. I hope not to Supplement the budget for the fines to motorists who will be first to go on the TSW site from the street Festival to the Dmitrov highway.

Unfortunately, such examples around the country a lot, when well equipped with a wide road hangs a sign with a minimum speed of motion, though actually at such sites it would be possible to set a higher threshold.