What would the modern cars in the past

Modern cars are in concept from the past 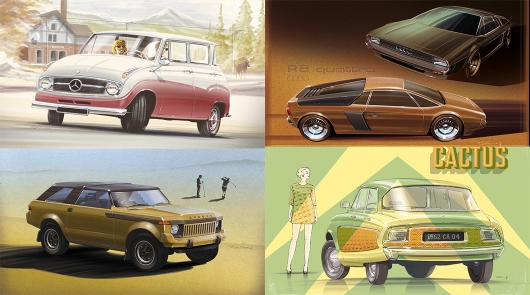 Have you ever wondered how would look like modern cars, if they were created/designed in the past?

Of course, most of us are well aware that many of today’s popular models have distant ancestors. Cars of different brands, modern analogues of which can be seen on the road, produced in 60, 70, 80 years – that’s a fact. But, really, how they would look in the old days, if today’s designers with today’s view of the world in some unexplained way transported would be in the past? This question will answer Dutch Illustrator Rubens UMS created a selection of popular models of recent years in the style of the past.

The results are interesting and funny and they make you think. Join us for a journey in an alternative past: 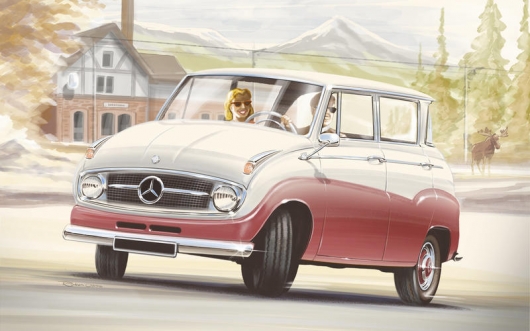 In the mid-fifties, Germany was still recovering from the devastating effects of war, and the Germans mostly rode bikes or cars BMW Isetta “Bubblecar”.

However, some manufacturers continued to keep their chic line, for example, the same Mercedes. Coupe and cabriolet available only to the apex of the Germans was not as indispensable as people’s compact cars. Perhaps it would be better if the merc in those days came up with a model based on A-Class. 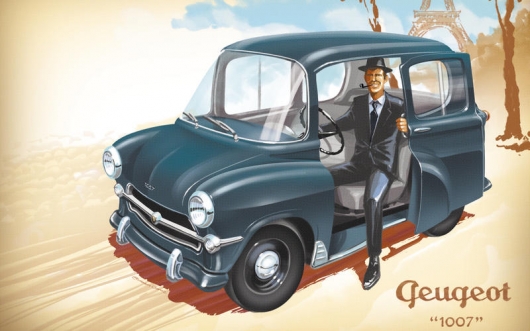 But the French with 50 years apparently does not change taste. Conservatism passed through the ages and more than half a century, Peugeot develops the theme of compact cars. 1007-nd of 55 years. And why not? 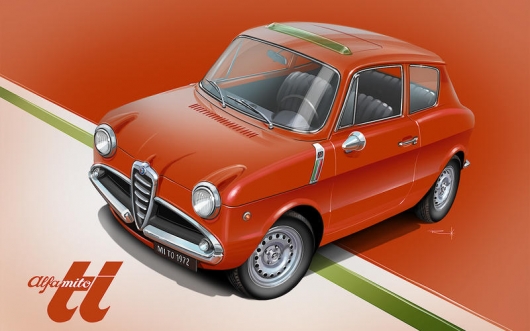 The narrow streets of Italian towns just shouting about the need to make small, nimble compact cars. Fiat did long ago, but the company Alfa-Romeo in the 1960-ies was not aware that you need to do so. In the end, the 60s for the alpha held under the motto: “More sports cars and powerful different!”

And can cost to do and the machines easier?

Kinda looked like the i8 in the mid 50-ies? Perhaps the answer is this picture. Of course there was no electric charging stations, but an alternative reality, they could exist. 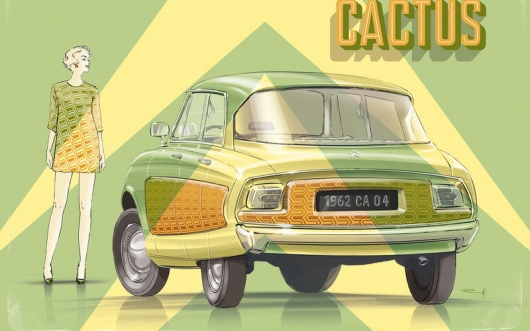 Citroen Cactus is perfectly suited for the lifestyle of the hippies of the 60-ies. Don’t believe it? Should you believe! 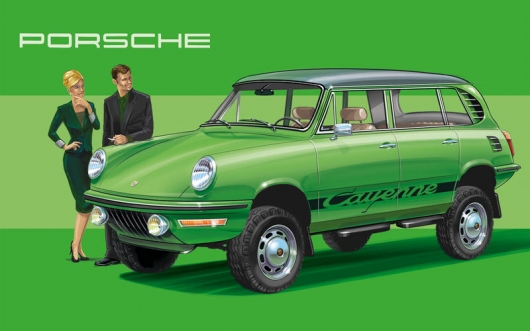 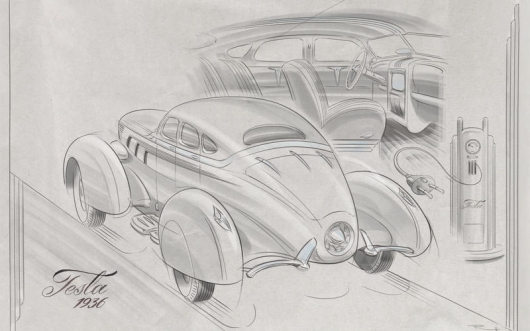 Futurism was held in high esteem in the 30-ies. Then it seemed that the future’s come and everyone in the world will receive the benefit regardless of income. Direct utopian Communist. Tesla, as a modern marker of this dream of the past fits this picture best. 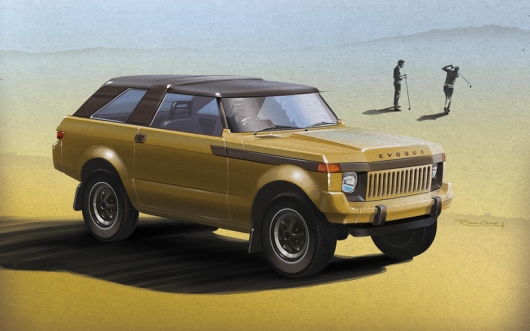 The Evoque is apparently perfectly would fit into the overall concept SUVs of the 70-ies. 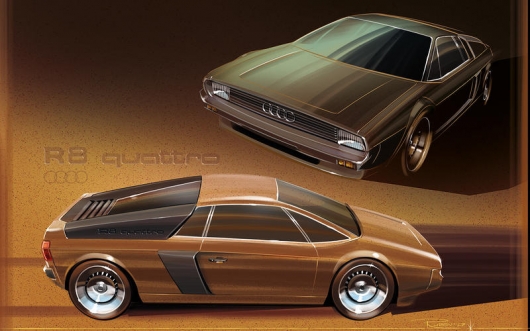 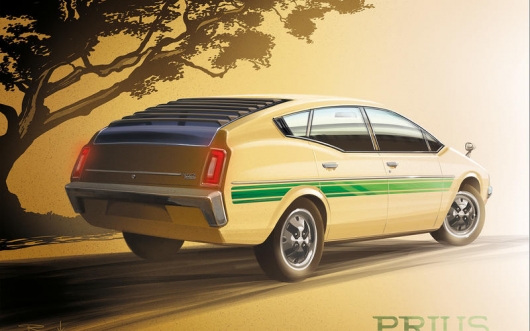 The fuel crisis of the 70s would have allowed Toyota to make hybrid hatchback 40 years ago, if the manufacturer of modern technology. 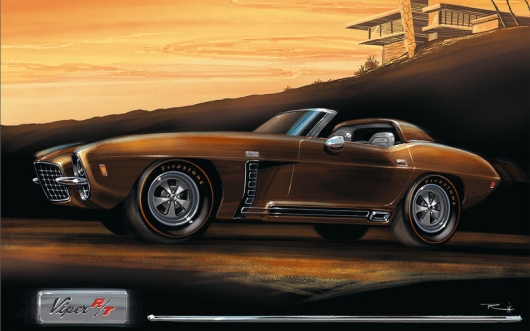 The final artist’s concept in my opinion looks strange. It seems even a modern Dodge not very far removed from cars of the 1960-ies… that’s really what it changed?