This is what will happen with the Opel Astra, including at speed in reverse. 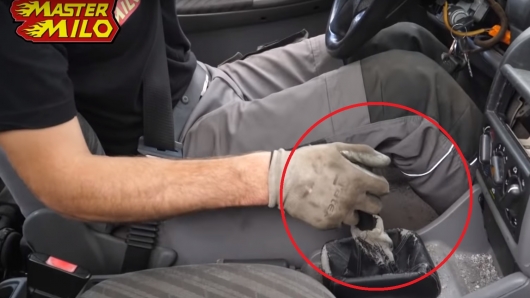 The Internet is full of video clips, which the authors created for the purpose of entertainment or learning. Of course all the authors of the video hope that their videos will be popular. But, unfortunately, most of the videos are posted on the web, is boring and does not present any interest to the public. But there is one type of rollers, which otherwise stupidity can not be called using the public popularity. Here’s another video in which the authors decided to conduct an experiment, knowing what would happen with the old Opel Astra, if the speed of 100 km/hour drastically to include a reverse gear.

This video is posted on the channel MasterMilo82 on Youtube and has already gathered almost 500 thousand views in just a few days. Agree good result for simple stupidity. But, apparently, a lot of people interested, but what will really happen if you really take it and stick it in reverse at a speed of 100 km/h.

Just want to note that the inclusion of the speed reverse gear on a modern car, as a rule, could not affect the operation of the transmission and other systems. Especially if we are talking about the automatic transmission. 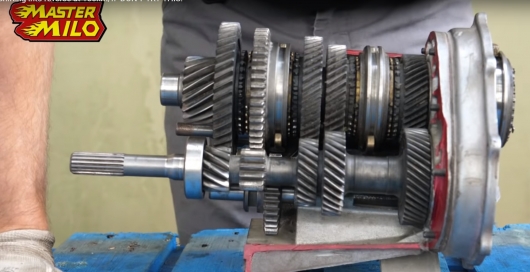 All modern cars have long been equipped with systems that ignore foolish error, if you accidentally switched the box while driving on reverse gear.

But in the video they used the old Opel Astra F (first generation) the 90-ies, when such systems of blocking and protection was not. Also, this experiment is interesting because this machine is equipped with a manual transmission. In previous experiments, which you can find on the web (and on our website), were tested modern cars with automatic transmission. This time the experiment is actually more interesting.

What do you think will happen with the gearbox in this test? I think that PPC will be destroyed, inoperative? 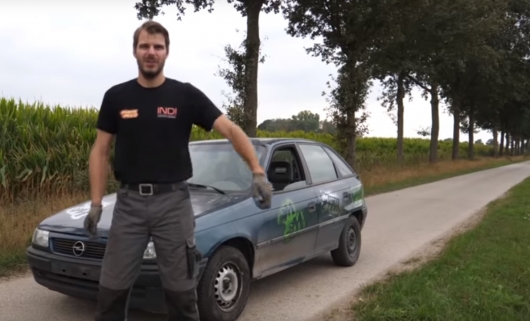 But it’s not. Yes, Yes, after this unusual test with the machine and nothing happened. Absolutely nothing. Box remained intact, as all other components of the car.

First, at the speed of 100 km/h the experimenters just weren’t able to switch the gear shift knob manual transmission to the rear position.

The authors of the video was at first very disappointed. So they decided to test the car again. But this time they decided to conduct tests at different speeds, gradually increasing them.

So, first test was conducted at speeds of 20 km/h reverse gear Then tried to turn on the 35 km/h. By the way, at such speeds reverse speed are easily turned on, then the car stopped, and then began to move in the opposite direction.

Then the experimenters tried to make it to 50 km/h. Gearbox switched to reverse gear. Then they went even further including a reverse gear at speeds of 70 km/h. At this speed, they also managed to activate it in reverse and completely stop the car.

So under any scenario, even on older cars the reverse gear at speed does not cause machine damage.