What was needed small air vents on the front of cars?

The triangular Windows on the machines of the past – not just beautiful but also functional: here’s how to use them 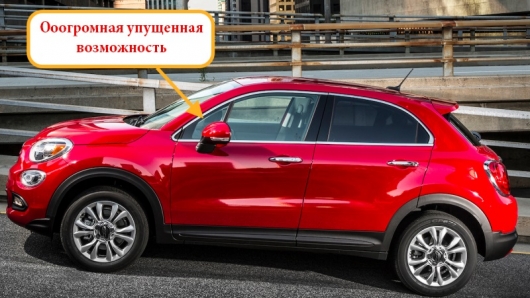 Any person who was born, grew up or lived in the 90-ies remember the old Soviet cars. That generation of vehicles was one very interesting detail about which automakers at some point, all at once forgot, namely, – the ventilator on the front glass. Now very few people understand how useful was this clumsy-looking device. His direct concern was ventilation, with the possibility of point of adjustment of the air flow. A triangular piece of glass did just fine with its functionality. 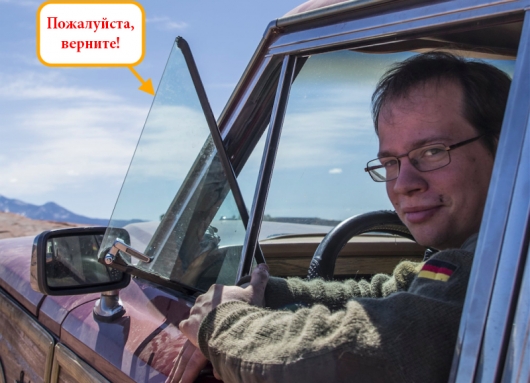 Nowadays, some modern car manufacturers also installed similar elements. Alas, they are non-functional and carry only the imprint of a tribute last year. Practicality in them – zero, pure sham. A huge omission!

With the breeze, walking in the hair like to ride everything, and automakers are always trying to draw Mercantile advantage of this fact. Many companies offer panoramic hatches as an expensive extra options, others are selling a car, others make the body with removable roof panels and “half” doors, and other the price list is quite strange cloth roof, fully liberating space above the head.

And yet, as we have stressed above, the most practical of all the options, there were two small hinged Windows. We certainly understand that in today’s electronic age air conditioners are put even on VAZ, but you try to constantly go flat. Then what happens? You catch cold, give a 70% guarantee and you will be very unpleasantly surprised seriously the increased fuel consumption is 100%, not to mention less heavy acceleration, since the “conder” takes the engine a decent amount of power. In General, the air conditioner device for use not for every day. Whether it is ventilation Windows. 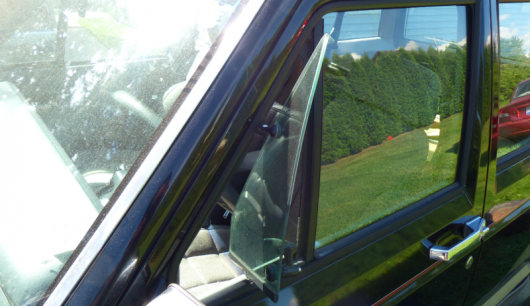 The ventilation Windows are simple in their design. They rotate on two hinges: one on the front, the other located at the base of the window. 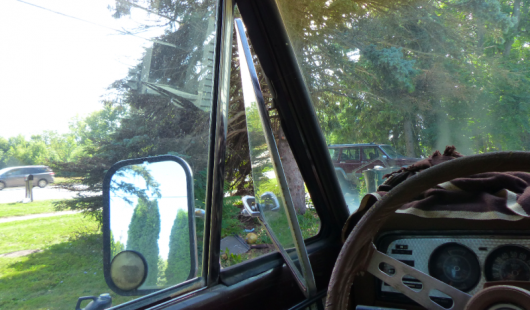 In the closed position metal handle on the inner side of the vent window is clipped to the inner part of the small counter space that connects the base with the upper window frame. 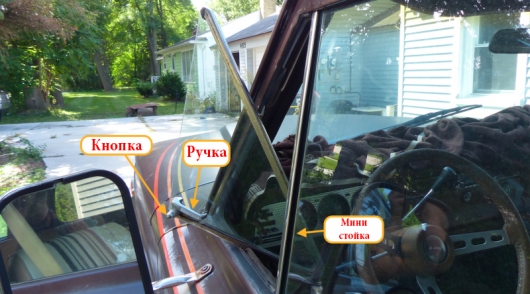 To open the window, push a button, which unlocks the handle, allowing it to pull the latch from the mini-rack. Then the window can be opened. If a simple design has been properly adjusted, it will remain in any position into which it is put by the driver or front passenger to an optimum blow-out with the necessary intensity.

Go slowly? Open the window. Drive in the city 60 km/h? You can cover the vents to half. On the highway it was enough to crack open the window and leave the crack in the window on the opposite rear door to the car reigned a comfortable microclimate. No matter what the heat outside, inside the car you will be comfortable.

By the way, these vents have loved smokers, because it was possible to poison your body even in the pouring rain, into water almost did not fall. The same caveat vents used and not Smoking motorists, fighting against fogging. Moisture movement driving was not a hindrance. But even in modern cars the system of internal ventilation is not always considered and the problem of fogging in rainy weather remains.

Look at this Yaris: 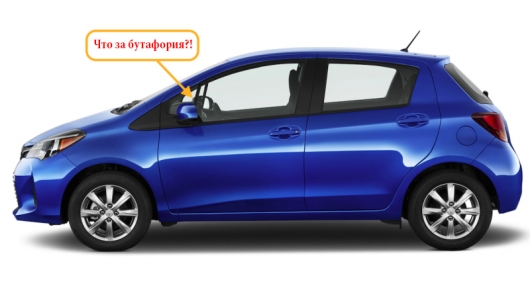 See the window? And it’s not!

Or a fixed window on the Prius: 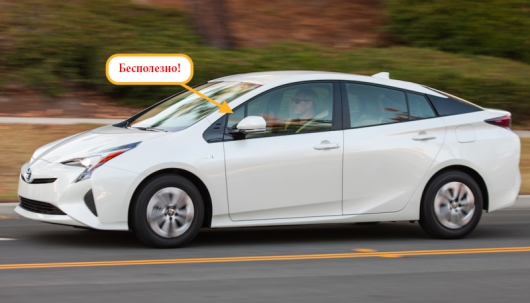 And look at this beautiful little triangular window on Ford Fiesta: 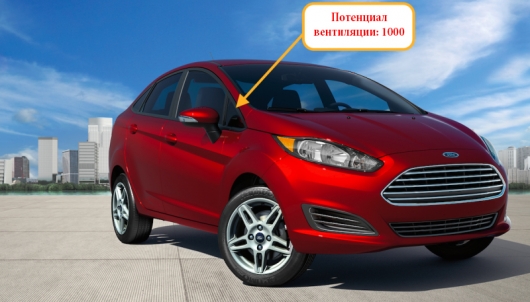 One of the biggest drawbacks of these vents was neuznovaemosti. They are easily opened hijackers and thieves. However, it was a plus for those owners who have broke the key in the lock cylinder. You can always open the car from the inside…