What turbo and are they reliable [Post for beginners]

In simple words: why are jet engines more often there are on cars? 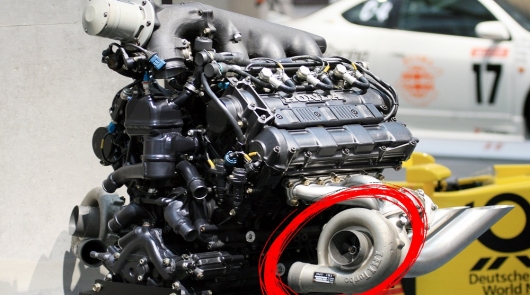 As soon as the government’s most motorized countries of the world continue to fight for fuel economy and emission control, turbocharged engines of medium and low volume are becoming more common.

It is believed that the compact turbocharged engines can combine excellent fuel efficiency with careful use in city traffic (at least on paper) and still have high peak power (at least on paper) at maximum speed. For this reason, car manufacturers everywhere began to use this type of motors to ensure that their products can meet increasingly strict standards for environmental emissions and as before to give customers the same level of power as he was before, and sometimes offer even better.

In this article, we briefly describe how the turbo engine (sometimes referred to as “engines with forced induction”), and answer common questions that consumers who consider to buy turbo srednekolymskiy, but never with them collide.

But first make a small digression: in our days, turbo engines can be found on all types of vehicles including sports cars, crossovers, SUVs and even pickups, so we hope this post will arm you with useful basic knowledge that you need when choosing a new or second hand modern car.

What is a turbo and how does a turbocharged motor? 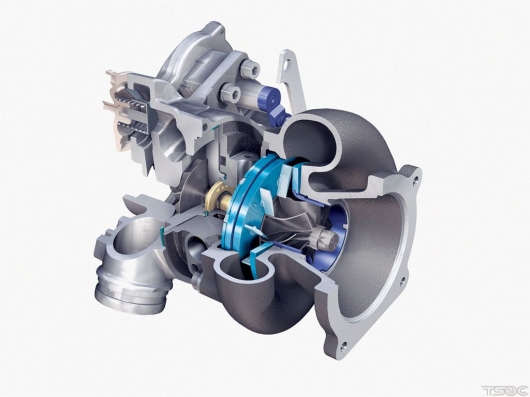 Speaking in simple words, the work of the turbine is as follows: turbocharger sucks in air, compresses it and then delivers compressed air to the intake manifold of your engine. This dense, oxygenated air under pressure, then abruptly enters the combustion chamber at the moment when the piston makes a downward movement. With more oxygen entering the engine at a higher speed, you can burn more fuel for the same time period. And burning more fuel, you get more energy. Power grows, the car becomes more responsive to the gas pedal is pressed.

However, this is only one part of the process of pressurization. The second, equally important step, is initiated after completion of the combustion cycle. The hot exhaust gases at high speed rush down the exhaust manifold, out of the combustion chamber through the outlet. As you move at a certain point in the outlet channel (different vehicles, this distance is different, but as a General rule, the smaller it is, the more power is given to the turbine), the gases meet with the turbocharger vanes and begins to rotate the turbine wheel due to very high pressure and of course the flow velocity.

The rotating compressor wheel draws new cool part of atmospheric air from the opposite side of the turbine with similar blade, starting the process over again.

It’s not a difficult process, but for a beginner it can be hard to imagine, so take a look at this chart:

Everything works at first glance, like a clock, but with the delivery process there is one small problem: cool atmospheric air during compression it is heated, the heat takes away the power of your engine.

Engineers long ago decided this discrepancy. The compressed air before it enters the intake manifold needs to be cooled. In order to do this, air under pressure on its way to the intake manifold will pass through the heat exchanger, sometimes called “intercooler”.

The principle of operation of the apparatus is identical with what happens in the liquid radiator, the only difference is that the air cools the air (the most common scheme is the “air-to-air”) because, to cool the heated compressed air is used an external air flow onto the vehicle as you move down the road. There are also intermediate intercooler running on water in that radiator cold water is used for cooling the air mass up to temperature.

The pros and cons of a turbo engine 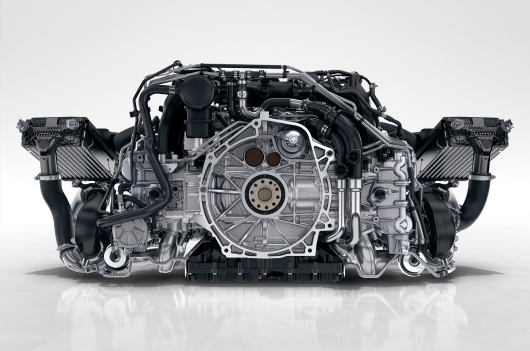 Now, when newcomers learned the basics of the turbine, it is also called “the snail” for its visual similarity to the input of the turbine shell of a clam, you can start considering the two main advantages of a turbo engine – large power output and increased fuel efficiency.

Since the small turbocharger allows the engine to produce more power, developers can use the power units of smaller volume.

Smaller engine generally uses less fuel than a larger motor (this postulate is now actively exposed to doubts, especially in view of the multiple scandals involving the understatement of profitability and sustainability), which contributes some fuel economy in certain modes of operation of the unit (usually a slow operation of the motor at low speed in urban environments).

Engines with turbines, pumping more oxygen-rich air into the cylinders improves the combustibility of the combustible mixture, reducing the amount of emitted hazardous waste. For these reasons, the turbocharged engine can be more efficient than naturally aspirated engine (without turbine mounted) with careful movement.

However, the effectiveness and sustainability of the turbo engine could quickly fall if you start to ride aggressively. Why this will inevitably happen? And everything is rather banal. In order to operate the engine correctly and do not fail, it needs to achieve the proper fuel mixture ratio mitsusada in the combustion chamber (usually this happens in the combustion chamber). The turbine will deliver more oxygen to the engine, especially when pressing on the gas pedal: “sneakers in a floor” so, first, the engine will start to burn more fuel in this scenario.

Work turbochargers also increases the pressure in your car’s engine. During operation of the motor with high pressure you risk facing a “pre-ignition” is the unauthorized ignition of fuel until the moment of the spark plug must give spark and ignite it. For the manifestation of this phenomenon is powerful enough to accelerate on a turbo car. The pressure inside the cylinder will jump that will increase the chances of premature ignition of the fuel / air mixture. 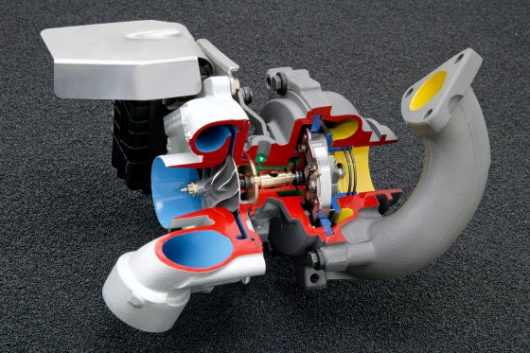 Modern engines equipped with knock sensor and software that help prevent pre-ignition by detecting it and spraying additional fuel into the chamber, contributing to a further increase in fuel consumption.

For this reason, many modern turbo engines will also be designed to work on premium gasoline. Fuel with higher octane is less likely to detonation that makes it ideal for small turbo engine with high compression ratio.

You can find out which petrol is suitable for your car in the user manual. But if it’s a modern turbocharged engine, there’s a good chance that he will use 95 or 98 petrol.

While many modern engines are fairly reliable, turbo engines are supplied with a number of additional components on the way to the turbocharger: intercooler and all the piping required for delivery of compressed cooling air into the engine. It can make the engine repair or service is more expensive compared to traditional atmospheric engine.

In terms of reliability, it all depends on the vehicle. It is safest to examine the reliability ratings and cost to repair the vending turbocharged car, since these numbers can vary from model to model. In General, you no longer need to worry that car turbocharged unreliable technology has come a long way since the 1980 – ies.

Recall the pros and cons of a turbo engine:

More power and torque from the engine of smaller volume;

Can provide better fuel economy when driving in a relaxed mode

Fuel economy is “steaming” if you ride aggressive

May require expensive premium fuel (most likely will)

Will increase the cost of repairs and maintenance 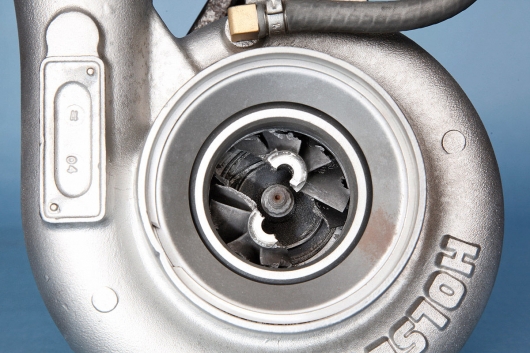 As we touched on briefly above, turbocharged engines more complicated and have more parts than engines without a turbocharger. While most modern engines are pretty reliable, more complex design may raise the cost of repairs, if you encounter any problems or the collision happens on the road. The turbine may also increase wear of certain components due to excessive load, which may shorten engine life over time. Plus, do not forget, what loads work the turbine itself. The speed of rotation of the giant blades, the heat big – to fail at 100-150 thousand miles can easily! Plus, a lot depends on lubricants, the quality of the turbine, fuel quality, etc. And the cost of the turbochargers can “bite”.

According to the generally accepted rule – the simpler the engine, the more secure it is. An engine without the turbine – simpler, hence more reliable.

How can I determine the failure of the turbine?

About it we wrote a similar review article: Faulty turbines: Operation, faults, recovery and repair

Below are detailed the most common sign of failure of turbines. To learn more, follow the link above.

Malfunctions of the turbocharger

Symptom:
Manifestations:
What you need to do:

The whistle of a turbocharger

With the increase of speed is heard the whistle of the turbine. There may be a damaged turbine shaft. The whistle caused due to metal friction.

Oil leakage in the turbocharger. Maybe the shaft is chipped (wear). The oil gets in the exhaust system.

Perhaps the turbine is not enough air to feed the engine. As a result, in the combustion chamber improper fuel mixture and oxygen. As a result, the process of combustion forms black smoke. Most likely, the car has a leak, is supplied to the engine air.

Check the hose and system connection of the suction air. Also check the line supplying compressed air for tightness and if necessary replace damaged component.

Loss of power I
The lack of constant power. The compressor may be damaged. For example, due to broken blades of the wheels, the turbine can no longer supply enough air into the cylinders.
Need a new wheel compressor wheel. You also need to protect the system air supply to the turbine from contact with foreign things.

Loss of power II
Block VTG contaminated. In the end the work of the blades of the turbine with variable geometry is not effective. For example, due to contamination of the blades may not be enough exhaust pressure.
To disassemble the fan and clean the blades from the formation of soot.

What is the boost?

Turbocharger and supercharger is designed to achieve the same goal: to increase the engine power, pumping air into the engine of your car.

The turbocharger uses waste exhaust gases to spin the compressor wheel and a compressed air supply to the engine. A supercharger, however, is attached to the crankshaft of your engine belt. The belt rotates the two “helical rotor” inside the supercharger that compresses air and pumps it into the engine. Air is supplied to the cylinders through a hole at the bottom of the blower box. You can see how it works in the gif below:

We hope that this article has answered all the basic questions and concerns that you have can arise regarding turbocharged engines. Nice drive nice cars!