What to do if you saw a padlock on the handle of the car?

Extortionists continue to hang barn locks on the car handle. Why? 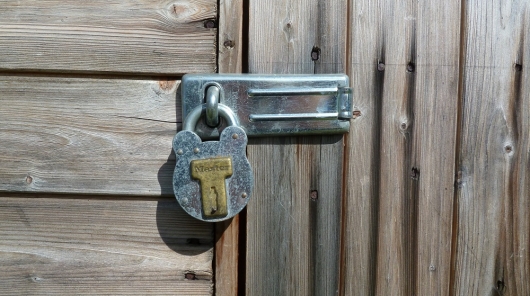 The fact that all new is well forgotten old, we need to always remember. Also do not forget about the recurrence of what is happening in the global scale of events and in this respect is not so important we’re talking about the macrocosm (political, economic, crises) or go down to the “depth of the depths” of human relations. In the automotive world as an example can serve a variety of things, including not very biased, for example, the activity of fraudsters.

It is known that the motorists for a variety of fraudsters is simply inexhaustible Grail of profit. Probably, “comparative fair way of taking” money from motorists by fraudsters is developed much more than the unforgettable Ostap Bender. And this, for a moment, if you believe the Bender – 400 variants. It is possible to write a multi-volume book: Avtopodstavy on the road: How to avoid scams But sometimes it is useful to remember the old tricks.

In the conditions of economical instability occur the recurrence of various phenomena. It is noteworthy that many artful combinations have been developed by fraudsters in the days of the USSR. In the rampant crime of the 90-s years for them all forgotten, then the bandits acted brutally. In the 00-ies of the XXI century as very few people from motorists met on the road with the criminal artists who are able to play the play, which had a lot to pay out of pocket, it is likely that the criminal fraternity were more serious things. Precedents were, of course, but they were not of mass character.

But here, a “becoming dusty on shelves” methods again in the case. From high-profile cases that are heard about all motorists of the country – license plate theft Gosznak. The nature of this criminal activity was so massive that according to some illegal actions faced almost every fifth car owner: the Theft of the rooms with a ransom for getting the coordinates of where rooms are located: a Detailed instruction of what to do to avoid it 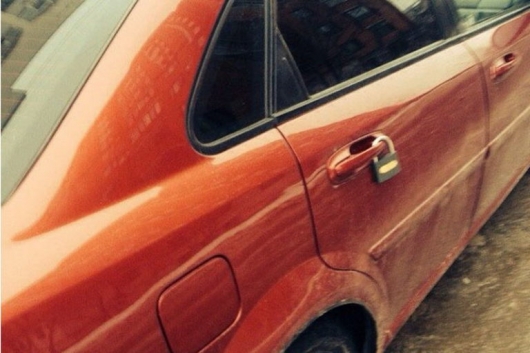 Another sensational method, which either returns, or is not so long-standing know-how is particularly idiotic simplicity on the door hung a padlock. That “subject” again unwound, it became known from the pages life.ru:

“In Ukraine, scammers have come up with a new fraudulent scheme, designed for motorists: attackers hang on the door handle of cars padlock, demanding with their owners the money for the key.”

Strange that describes a method named “new”, like the famous on the Internet for at least a few years (in 2015), but Oh well. Let’s recap how to act if suddenly saw his car a “gift”.

The first thing I would say is, why hang the locks on the door handles. This device, of course will not block the entrance in the car or in any way does not worsen the aerodynamics. But while driving a heavy padlock can their sharp sides serious to scratch the paintwork. This is the problem. On the calculation and petty criminals.

The castle will be accompanied by a note with a phone number or other contact details which ransomware expecting that you contact them with the aim of obtaining a “ransom” for the key hidden nearby. Call the number and begin negotiations, much less to send money to the crooks, of course not necessary – thereby you will strengthen the faith of the speculators that they are on the right track. 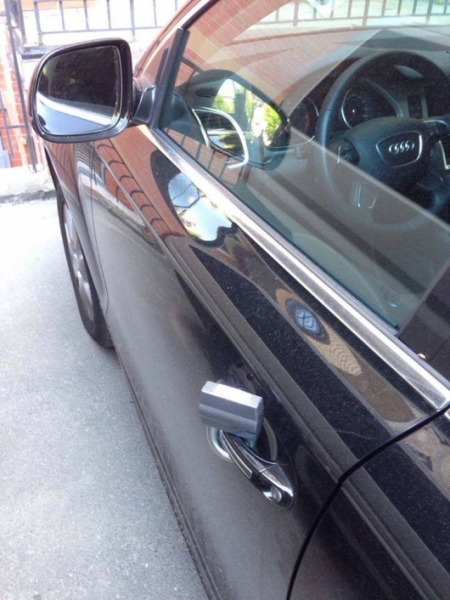 Necessary to remove the lock from the handle of the car. To enumerate in detail the methods will not, in a Network there are enough examples on this subject: yandex.ru

But the General postulates of the recall:

1. The padlock can be opened using a drill.

2. You can try to find the key. Looks like someone helped, at least a way to acquire the same lock and key described in a number of forums and automotive sites.

4. Using two wrenches. Interesting method. However, certainly works with the cheap locks. However, other scammers to hang up unlikely.

On YouTube there are still many ways for opening locks. Extra examples will not be: www.youtube.com

Finally, if all too lazy to do – go to the mechanic, there is help. The only thing that don’t forget to do: to localize a foreign object, so it does not RUB against the body and the handle of the car. For this we recommend to use duct tape, but we would propose to use a large piece of cloth, generously wound with the lock and the shackle, missing the fabric several times between the handle and car handle. Thus, it is possible to fix it in one position, and it won’t be hanging out, dealing damage. You can call in the service of emergency opening of locks.

P. S. to Call the police or not in this case – it is everyone’s business. It seems a small thing, why wait for the outfit, and it is unlikely the police will generally respond to such “emergency” – so many people think. But we would advise to exercise citizenship and to dial 102 because the latency of crime over time only exacerbates the situation.

In the world of criminal practice, known cases of fraud (article 159 of the criminal code), when accounts were written off a few cents, but in view of the mass of such a “theft”, the criminals managed to get millions of dollars. So don’t let the prosperity of the illegal “business”, the more statements about the issue, the faster it will be resolved.