What to do if the police violate the law

How to punish the negligent policeman?

Traffic violation – penalty, insulted the police – a fine, did not obey the lawful demand of a police officer – fine or arrest. All clearly broke the law, kindly answer. All right. But now imagine the situation that the law violates the employee Gosavtoinspektsii. What to do? How to bring him to justice? Whether the ordinary driver to do something if I have been a witness to inappropriate conduct of police or who grossly violates the law? Unfortunately, to compile a report on the illegal actions of a police officer we can’t. But how can that be? Now explain.

Well, to you and would know how to respect our government is constantly tightening the responsibility for its violation.

For example, let’s see how to change the administrative code for the last time. There are not only many new articles, but also significantly increased fines. Especially catch the eye fines for violation of traffic regulations, the observance of which on the road following a valiant traffic police.

It would seem, follow the rules of the road and there are no conflicts with the traffic police does not arise. Well, no. Unfortunately, in recent times, there are many cases when the traffic police do not behave properly: rude, not presented as required by the law, illegally attracted to administrative responsibility, etc. As to be in such a difficult situation, which turns out to be a lot of motorists?

We are constantly encouraged to obey the law and to communicate with the authorities of cultural and courteous. But why then many of the traffic police allow themselves to communicate with us the same way? Moreover, they are obliged to do according to his instructions.

A police officer should never communicate with us. Your requirements and comments, the traffic police officer must articulate in a form that we can understand. Also the police are obliged to prevent disputes, and in any case not to offend the honor and dignity of the drivers.

So, according to the Order MVD RF dated 24.12.2008 № 1138 “On approval of the Code of professional ethics of the employee of internal Affairs bodies of the Russian Federation” on the territory of Russia began to operate the Code of police officer, to be followed by everyone who works in this Department. Including the traffic police.

For example, under article 11 of the Code here how to connect police with citizens:

3.The employee is required to respect and uphold the purity of the Russian language. In the speech of the employee of unacceptable use:

In communication with citizens on the part of the employee is invalid:

any kind of statements and actions that are discriminatory on grounds of sex, age, race, nationality, language, citizenship, social, property or marital status, political or religious preferences

debate, discussion and actions that impede the normal dialogue or provoking illegal behaviour

causeless, unwarranted checks of passports, migration cards and other documents.

Accordingly, if the traffic police officer does something wrong he will not only violate the Code of professional ethics of the employee of internal Affairs bodies of the Russian Federation, but also grossly violate the Federal law “On Police”.

But that’s another story.

The fact is that if a police officer breaks the law, it can be brought to disciplinary responsibility. And not only can you punish a police officer with the ruble (the deprivation premium), but even to get him fired from the force. If you are insulted, you can also go to court and bring the police officer to administrative responsibility as officials, who fined a decent amount.

But what if traffic police officer violates the law? How to attract the negligent policeman to justice?

You have several ways to do this. First, you can file a complaint to the chief of traffic police unit, which runs this careless police officer. Second, you can file a complaint with the hotline of the Ministry of internal Affairs and write the application in Prosecutor’s office. Not superfluous will also apply to several major media outlets that may unleash your egregious cases of lawlessness on the road.

The only thing we do not understand why in our country all so hard? Not really impossible to come up with a procedure simpler and easier. Because of such difficulties of bringing police officers to justice and to happen hazing actions on the part of police officers. Why ordinary citizens to prosecute easy? And when it comes to power, here all right, jump, wait, run…

Well, as long as our country has simplified the procedure for complaints against the police, be vigilant and always be prepared for the arbitrariness of the traffic police. A recent example with Kushevskiy a police post, once again proved that it is not reall in the state traffic Inspectorate of the brave officers who think only about their pocket, completely forgetting about the law.

So if you are faced with rudeness on the part of the police, illegal actions, etc., arm yourself with all possible evidence, from the dictaphone audio recording and ending with video recording. 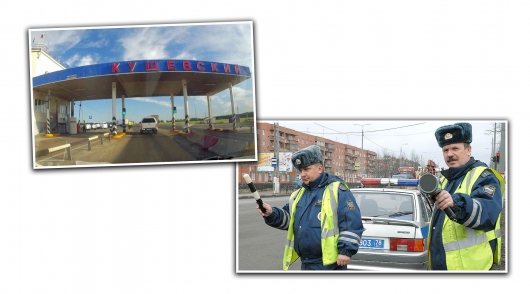 You think it’s easy to bring police officers to justice? In vain. The fact that any state Agency since the days of the USSR developed this practice when superiors covering their subordinates. But if you think that such a system is built to a cohesive team. No. In fact, the chiefs always have their soft spots to make them sit in an easy chair.

So don’t count that in the first part of your statement will be a positive response. Well, not used in our country, “to wash dirty linen in public”. No, of course, today the situation is much better compared to the early 90s or 2000s. today to Bring to disciplinary responsibility of a police officer has become possible and easier. But still with the same ease and simplicity as prosecuted the usual drivers you police officers will not be punished.