What is the difference between sprung and unsprung mass?

Sprung and unsprung mass, what is better and worse? 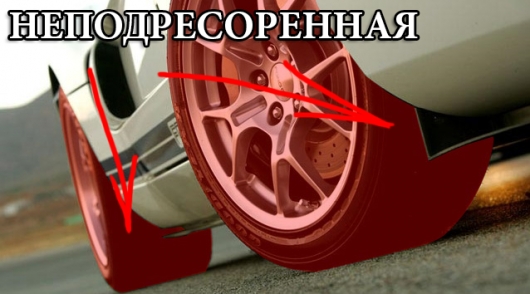 Most of the weight your car has a sprung mass, a minimal part of mass is the so – called unsprung mass, i.e. the combined weight of those design elements that are under the shock-absorbing devices, most of which is tires and wheels, and calipers, brake discs and some other elements. The difference in these types of masses is extremely important – and one of them, as a rule, should be as low as possible.

The difference between the ratio of the mass that is sprung and the masses, which is not amortiziruemoe 99.9% of the time directly affects how the car rides. So, of course, very important to understand how the mechanics of the car can affect its behavior on the road. But first, let’s define some terms. Why we use the term “mass” not “weight”?

What “weight” is different from “weight”

The fact is that any car has a fixed mass, i.e. a given amount of material contained in the volume of its external borders (measured in kilograms). The mass is constant. All objects like cars, also have weight. But the weight, on the contrary, value is not constant, but variable according to external factors, such for example, as a change of gravity. That is, the force with which a body acts on a horizontal support (measured in Newtons). 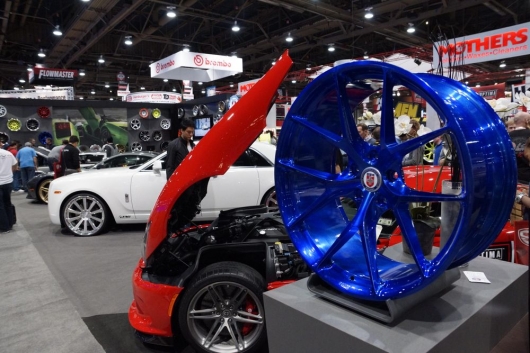 Alloy wheels are the key to reducing unsprung weight

The definition of sprung and unsprung weight the same just. Sprung mass is the mass of “suspended” damping of vehicle suspension. It’s all that moves upwards and back when the car hits another bump in the road. The list includes: body, chassis, engine, gearbox, seats, passengers and everything else that is around them.

Here we need to consider two main aspects of the question:

1.The benefits of having a large sprung mass compared to her small figure 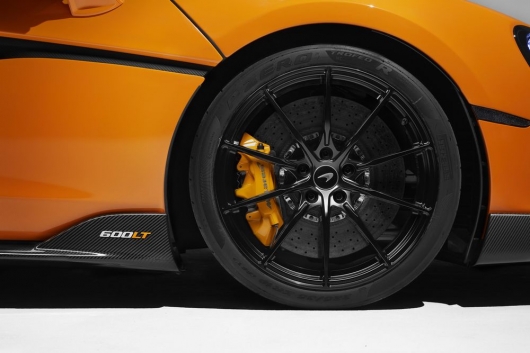 To start give a big, luxurious car on big wheels, which reaches a maximum of comfort, not using weight to your advantage. You will not be able to call it, because it does not exist. The only thing that unites all “masters” ride quality is a high sprung mass. All cars, from hybrids of the Lexus RX and Land Rover Discovery to the Mercedes S-Class and Bentley Continental – all of the most comfortable cars heavy.

Stock ton the other attributable to the sprung mass, helps to effectively smooth out the bumps in the road. The springs have an increased load due to the high weight that is above them, so the suspension work and enhanced it in connection with this, items going smoothly, treat powerful blows from the road that is called in the Bud, before their energy has time to transferred to the body.

Since everything is attached to the vehicle of physical force have an equal and opposite reaction, on the road with the same bumps, the heavier car will suffer less from recoil than the lighter machine. Of course, there is some leeway in suspension tuning to overcome a certain lack of comfort in lightweight cars, but it is not enough that the car weighs 1 ton and its passengers would feel as “smooth” and “relaxed” on the road, as in a two-ton vehicle.

On the other hand, light weight for easy vehicle its advantages. At least it becomes more efficient, more responsive, feels more “alive” in the corners and, among other things, it will stop faster, which is very important, even among other advantages. In creating a car it is important to prioritize the factors that matter the most and to adapt the final weight of the vehicle in accordance with them. 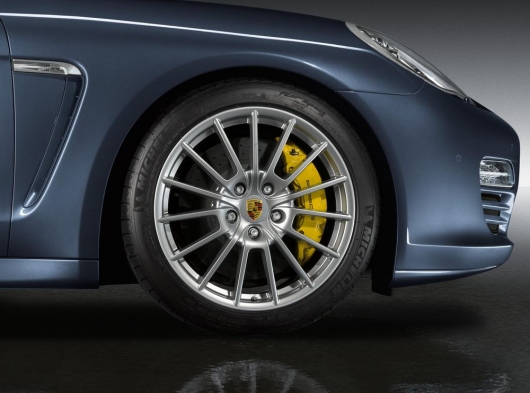 Unsprung weight is the opposite of the above-described physical properties. Unsprung mass, to put it roughly – it is everything that does not enjoy the advantage of suspension is under it. This includes, as we have already mentioned the suspension, hubs, brake discs, calipers, brake lines and, most obviously, the wheels and tires. The axle and suspension arms, depending on their design, can be both unsprung and prepodnesennye, i.e. “sprung” from one end, half-hearted.

As for unsprung weight, the better that it was smaller. The smaller this value is, the smaller load will have to work out the dampers and springs. Thus this means that the wheels will be able to respond more quickly to changing road conditions, the suspension will be able to keep a quality tire contact with the road for more time, and the load levels can be averaged constant, which in turn provides traction and secure retention of the vehicle roadway. The bonus is that the passenger comfort and fuel economy can also be improved. 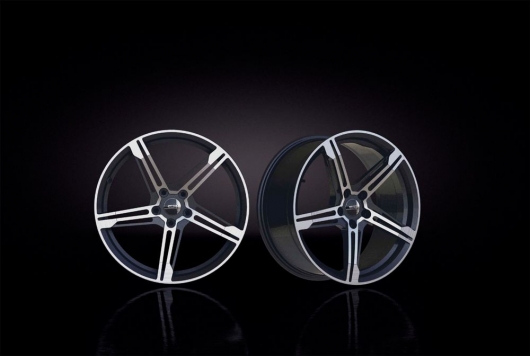 Wheel here the main enemy. Most standard alloy wheels OEM is a damn heavy thing, especially since the normal width of the modern drives now, it seems, walks around the 17-18 inch mark. Some manufacturers use the latest developments in production processes to create lighter products, but they do not always turn out so easy as might be desired.

How to avoid increasing unsprung mass?

To lower the entire expense of the suspension or replacement of brake calipers seem to be for the average motorist is unlikely, but the impact on unsprung weight is still possible. This will help the so-called “Aftermarket” rims, or so-called tuning.

Wheels, bought from famous manufacturers of the discs will weigh less, but strength is not inferior to the factory defaults.

Without the budget constraints faced by normal manufacturers, suppliers of wheels can create better metal mixtures that weigh less, or to create wheels that reduce the weight in other ways. In any case, a lighter wheel of the same size will improve the handling of your car without any modifications. That’s why it’s worth considering. And that’s why the less weight underneath the car, the better and safer!