What cars are more reliable than Japanese or German

That’s why Japanese cars are more reliable than the German. 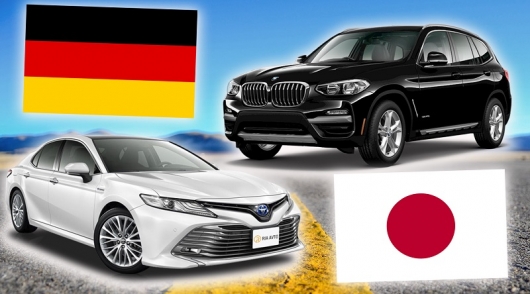 Toyota vs BMW vs Audi, Mazda, Mercedes-Benz vs infiniti. And the list goes on. It just so happened that motorists around the world are constantly compared to German cars which was once considered a benchmark of quality, reliability and technical progress, with Japanese cars that also from the start have established ourselves as a reliable and “naloloka” of the vehicle.

No wonder why there are always fierce battles in disputes between fans of Japanese and German cars, where each camp is trying to prove to each other what cars are still better. And, perhaps, this debate cannot be resolved because the question of which car is better, is pure philosophy, not having engineering and technical explanations. However, today we will try to do it. However, turning the question a little differently. So there you go.

To date, the fact remains that the Japanese cars generally more reliable than their premium competitors from Germany. This is acknowledged even by true fans of the German automotive industry. And no matter what brand of car we compare. Indeed, the Japanese cars are more hardy in comparison with German. But the question is: why? 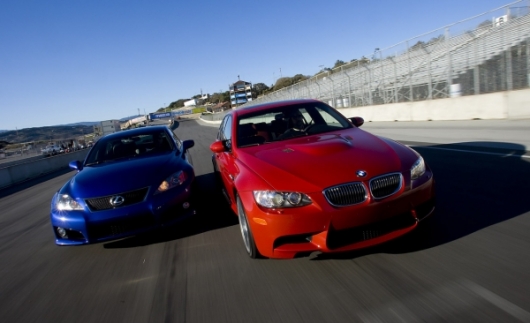 Do you think the Germans forgot how to make reliable cars? Of course not. It becomes clear, when it comes to incredible engineering technologies that today appear on every new German car. And, as it was originally, at the dawn of the automotive industry, the majority of German companies are opening a world of new technology, forcing the entire auto industry to move into the future. But why, then, Japanese auto industry is safer and stronger?

We contacted a German engineer, engaged in research and development (R & d) with a team of outstanding scientists, engineers, and designers, asking him a question why at a time when the German automotive industry for automotive technology ahead of the rest, cars from Germany less hardy than Japanese cars.

Due to the fact that our interlocutor is part of a large group of specialists from different countries of the world (including Germany), we had the opportunity to understand how you think the German engineers creating a product (particularly a car), and get an unexpected answer to the question why German cars are less reliable than Japanese. Here’s what he told us:

German and Japanese engineers have one thing in common: they know how to invent and bring to life with quality parts from a seemingly terrible material. In General, if you need to make shit out of candy, complete all the questions to Japanese and German engineers. They really are from a scientific point of view suitable to the task and figure out how impossible to make a masterpiece. Moreover, their approach is identical to every even small details, be it a screw, clip, etc. 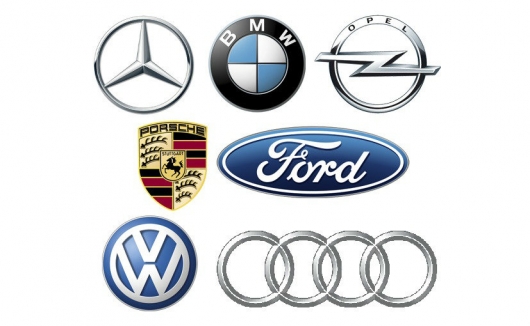 Unfortunately, this is the General approach of the Germans and the Japanese to the design and development doesn’t explain why in fact most Japanese cars more reliable than German in the real world. After all, if the engineers of the two countries the same approach to the developments and their implementation, why did the Japanese car companies are more reliable cars? Did the Germans eventually work worse?

No. Actually the problem is more fundamental. Allow me to explain.

The Germans love rules. They follow these rules. German engineers in the development of vehicles initially take into account this peculiarity of the German people, who likes and knows how to obey any rules. As a result, when developed and constructed the future of the German car, its technology is already taken into account that those who will ride them, will fully comply with the RULES developed by the automaker!

When Japanese engineers develop cars, design ideology differs significantly from the German engineering approach. So, when engineers from Japan to develop a product, they ask themselves: “How will customers use it? How can I prevent crashing, if they abuse it?”.

And that’s what he thinks a German engineer when invents, designs and creates a product (not necessarily this vehicle): “I made this machine, and it must be used a certain way, strictly according to the developed rules. If the client is abusing them and he fails (product fails), it’s his fault, not mine”.

And so it is. This is the real difference between German engineering of the Japanese. You look at most German products, all of which must be used exactly in accordance with the chosen manufacturer conditions, which is a particular product. And then, probably, this product will serve you for as long as possible. If the customer exceeds the usage limits, developed by the manufacturer, then you can expect that the German product will be damaged in a short time. 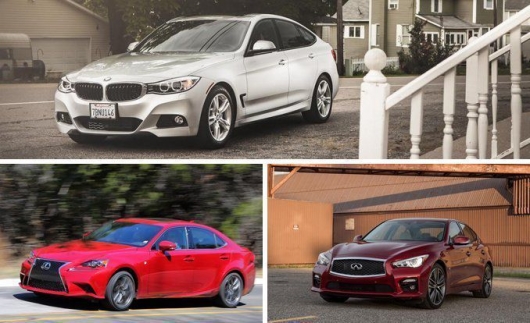 For example, in the auto world there are many examples when in a Toyota, which long time was not carried out routine maintenance, the driver encountered survivalist machine, surprised by its reliability. For comparison, if not planned in a period from a German car, it will quickly fail unlike Japanese cars that can withstand even the occasional replacement of the engine oil in the engine.

Yes, you can, of course, can argue, citing thousands of arguments both in favor of Japanese engineers, and protecting the German car industry and those who serve for the good. There is no consensus. Someone thinks that ultra-high-quality and reliable make German cars is impossible, because they are technically difficult (difficulty level of some German cars comparable to the early space rockets).

Someone thinks that the Germans in recent years snickering and deliberately spoiled its auto industry by reducing the potential service life of a car in order to sell as many cars as possible. Someone convinced that the Japanese managed to establish production of the most reliable cars in the world due to the change in policy of standardization and quality in the 60-ies and 70-ies under the guidance of American scientists.

In the end, Japan made a huge effort after world war II to improve its manufacturing capabilities and technology. Thanks to the effort of thousands of engineers the Japanese have learned to create some of the most reliable products in the world all over the world began to praise Japanese products for their reference reliability. The main reason for that, as many experts believe, is to rethink the entire policy of standardization of quality in the entire industry of the Country of the rising sun. 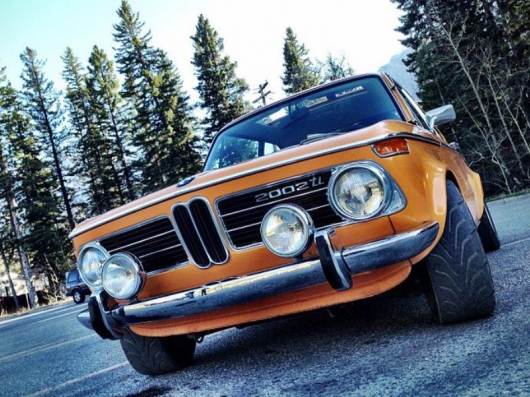 Germany, on the other hand, is well-known for his technique since the time of the Second world war. Yes, Germany has always been good engineers. But the standardization of the quality left much to be desired. Also had problems in Germany and with the competent organization of production.

The Germans during the war, incidentally, was not developed system of interchangeable parts for military equipment. For example, the famous tank “Panther” equipped with caterpillars, which, if damaged, could be replaced by a new one created just for the factory, where was produced the tank. Russian and American tanks are easily repaired through the standardization of parts. That’s why in a single battle, Russian tanks were more effective. 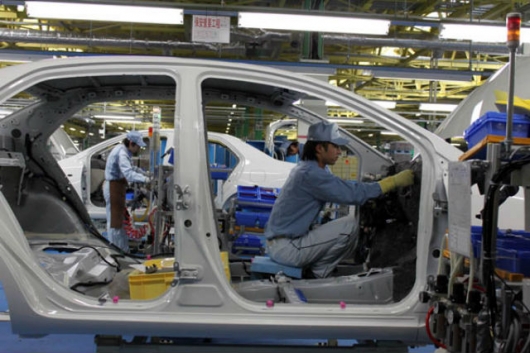 Currently the benchmark of standardization in the automotive industry are companies such as Ford and Toyota, who were able to create a truly unique standard of product quality without compromising cost. That is why these companies are today collecting all the cream from the market. Especially Toyota, which sells the world’s most cars.

The Germans for another policy went a little different route, focusing on technology-intensive production of premium cars, taking the standard issue cars with amazing technologies. Unfortunately, we know that the more complicated a car for its design, so it is less reliable. As a result, German cars break more often than the Japanese. 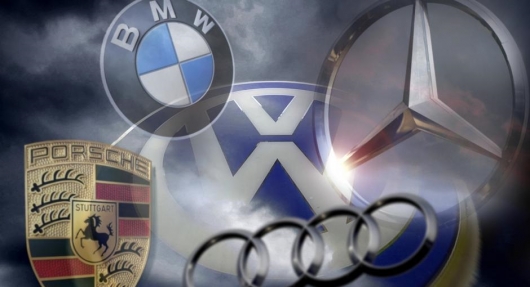 But again we come back to the fact that German cars better and more reliable, if to follow them and to comply with all rules prescribed by the vehicle manufacturer. Japanese cars are more simple, have less technology and are much cheaper German cars. Also Japanese cars are more durable because the original engineers put in the Japanese auto industry a scenario where the owners are starting to deviate from the rules prescribed by the manufacturer.

But, despite the above, it is impossible to say that German cars are less reliable. Just German and Japanese cars initially have a different Foundation in the development. In the end, these cars are different in spirit. So, to compare their quality, reliability incorrect.

If you get rid of all these difficulties aside, of course, last longer Japanese cars. Especially if their owners don’t pay attention to cars. German cars are more picky and require their owners proper care too.