What annoys us in winter on Russian roads? Drivers, road workers, temperature…

Here are the most frequent things that annoy motorists in the winter.

Winter once again surprised drivers and all road users. Freezing weather, snowfall, thaw, and again frosts turn the roads into a real Armageddon. In General, every year is the same. But what annoys us most often on Russian roads in the winter? There are at least a few things that we usually complain every year. We have prepared for you a list of things that take drivers from themselves most often. 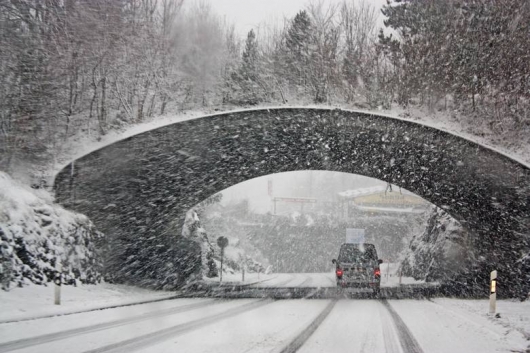 Every year thousands of Internet users first want to inform the Network about the first snow, first frost, etc. including rejoice the first snow and drivers. But not for long. After a short time the majority of motorists will hate these gifts of winter.

Yes, in recent decades, winters have become much warmer. But despite this, in most parts of Russia the first snow can be for many drivers by surprise. In General, of course, snow in the winter we, in theory, should not surprise. Nevertheless, every year the first snow and the first cleaning it with car make car owners almost cry because of the vagaries of nature. And after a few snowfalls almost all drivers are ready to learn how to cast spells, if only to stop precipitation.

Fortunately, there are many vital tips that can improve the process of cleaning the car from snow and ice. Someone suggests to use old Newspapers to protect the windshield from snow and ice. Others to clean the ice from the Windows, bring out the old credit card. There are drivers who suggest to protect the side mirrors from ice and snow with ordinary handkerchiefs or plastic bags. And, of course, there are those who prefer to cover the car case (though such drivers are becoming less and less).

But, despite numerous life hacks to combat winter elements, rain and frost can ruffle any driver and to guide him to handle.

2. Realizing that winter is cold, we are still nervous about low temperatures Winter is a wonderful season. And even if the winter is usually associated with cold, many of us, winter time is happy, when we, for example, at the weekend decided to take a walk in the Park, forest, or skiing. But when it comes to car, cold the main source of our irritation. Especially if because of the frost we spend too much time to clean the car from snow and to warm it (usually in an average we spend on warming up and cleaning the machine 15 minutes).

But the worst thing is how cold we can’t open the car door (frozen locks). Yes, many car manufacturers today recommend to warm up the car as little as possible, advising motorists to warm up the engine while driving (a guaranteed way to reduce engine life). Unfortunately, the automaker is silent on how this can be done without any damage to the engine and the complete lack of visibility behind the wheel due to frozen glass. But nothing, all motorists are adequately battle with the weather elements all winter. Fortunately the web is full of tips to help you survive your car in the winter.

3. Snow – not necessarily from heaven. Naughty snow with other cars and the dirty roads

You by clearing your car of snow and ice and warm up it completely so that the glass is freed of ice, collected in a good mood to go, believing that it will be snow free? In vain so think. Nothing is as annoying as flying snow from the road that somehow, as always, has forgotten to clean. Why not just flies on the glass of your car when driving on winter roads.

Then you and slush, and patches of snow, and even ice debris from the roof by passing Gazelles and trucks. And sometimes it’s not only annoying you (what I wasted was cleaning the car?!), but poses a threat to the paintwork of the car and the windshield (Yes, ice from another machine, it may be worse stone that flew into the windshield). But the main thing is, of course, mess in the form of a mixture of water and snow, flying on the glass that might block the driver’s visibility, and completely. And this is a real danger on the road!

4. Winter was surprised not only car owners, but also road… 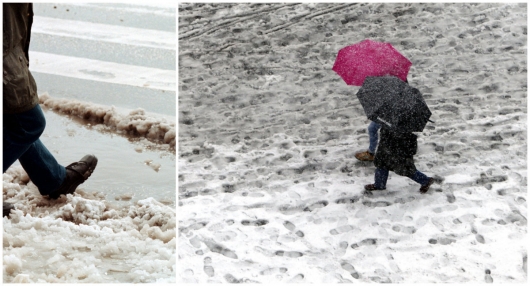 Let’s assume that we not only cleared my car of snow and ice, but it also made the owners of all vehicles on the road. Do you think that the road will be cleaner? And here and there. We are told that the road can be in the snow because of the poor performance of road and communal services, which, apparently, winter sneaks up on you every year. Especially when it begins to snow. 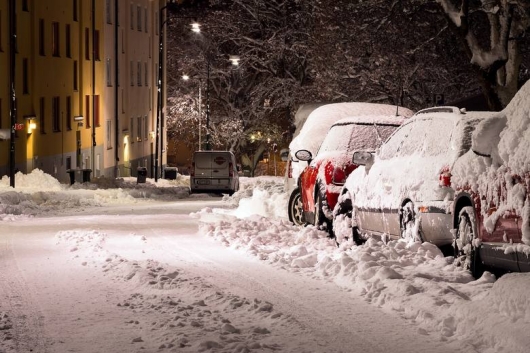 Instead of standing in the starting blocks ready equipment that can be out on the road and remove snow, the road is somehow always delayed responding to the first “winter attack.” Probably, workers who must take care of good roads in the winter, so the necessary drivers and pedestrians, the first day of snowfall usually sleep (or, more likely, asleep their heads). And what is most surprising that such clearing roads late observed all winter, every snowfall, every year. That’s really annoying. Well, how can this not enrage the normal driver?

5. Impassable roads due to piles of snow 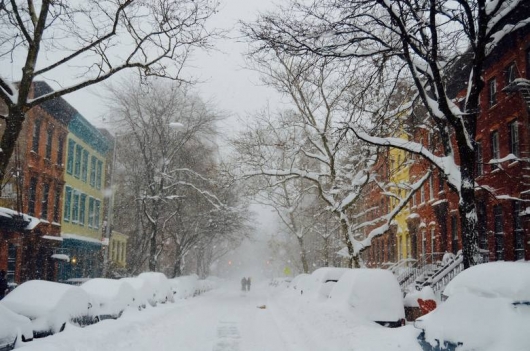 If, by some miracle, the road has not slept the winter or next snowfall, it does not guarantee to motorists and pedestrians clean streets. Usually the culprit is getting alleged shortages of equipment and people (well, at least like to COP out with the local authorities) that are necessary to clean most of the streets of the city, town, etc.

So if you used to go by memory on city streets without a Navigator, in the winter, we suggest to still use the navigation, because you can save your time and nerves. After all, without a browser, you will not know which streets not been cleaned and where there is overlap in connection with snow removal equipment. Plus, without satellite navigation and data traffic you will not know how the street you will pass due to the fact that it was forgotten to clean.

You annoyed by drivers who “vomiting” in the left lane at speed, which went to all drivers, when at the driving school got the first time behind the wheel? Naturally, this annoys most motorists. Difficult winter conditions, slippery roads, of course, is the argument in order to take our foot off the gas pedal. However, winter weather IS NO excuse for traffic with a speed of 20 km/h in the left lane.

If you do not feel comfortable on the road, then perhaps you should take public transport or need to take additional lessons from driving instructors that will teach you to behave on the winter road. So if you are afraid to drive fast in the left lane, right hand lane right side of traffic and do not interfere with other road users.

Remember that you are not alone on the road. After all, if you are unsure behind the wheel and I’m afraid it doesn’t mean that other drivers are also afraid to go faster. We all have different driving experience and different cars that have different tires. There is always someone who wants to go faster than you in the left lane. So no need to be greedy and to protect the left lane as the Kremlin. Please be respectful.

7. Surprise on the road – well-camouflaged pit 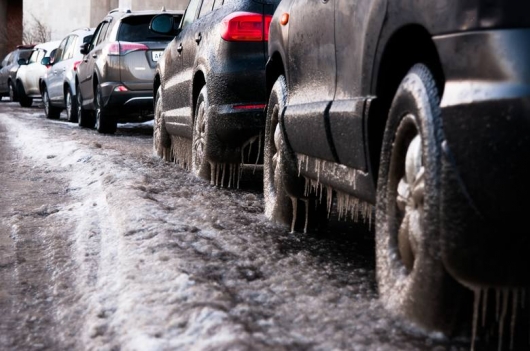 First ice, then snow – here’s a recipe for masking holes on the Russian roads. Unfortunately, you can’t prepare for these surprises. However, you can reduce the risk for suspension of your car. To do this, take your foot off the gas pedal, if you are not sure that the road is in good condition. Many motorists think that during winter suspension of the car is less exposed to wear. In fact it is not. Believe me, the holes in the roads, hidden under the snow that can kill the suspension of your car very quickly.

In winter, insufficient distance between vehicles is the most common cause of road accidents. With the onset of the cold season every motorist is required to increase the distance.

With the first frost and snow, the distance should increase at least twice. Don’t forget, that on slippery roads the braking distance of any car is becoming more. Be especially careful on descents where braking distance in winter may increase three times or more. So don’t aggravate other drivers and do not approach other vehicles too quickly. Because you don’t like it when your car drove up very close.

9. The broken car in the middle of the road

The car can break down anywhere, even in the middle of the road. It’s not always 100% driver error. Sometimes it’s just an unexpected car breakage associated with normal wear and tear of the car. And the reasons for the failure of the car can be thousands.

So don’t need much light in vain to scold the driver who stood on the hazard lights in the middle of the road, causing a traffic jam. Indeed, in this situation, it may be any driver. Instead of getting angry, it may be wise to help the driver bring the car to the right lane and the curb? It will save your nerves and the nerves of other drivers.