Water silencers: Where and is this normal?

White smoke and water in the muffler: causes. 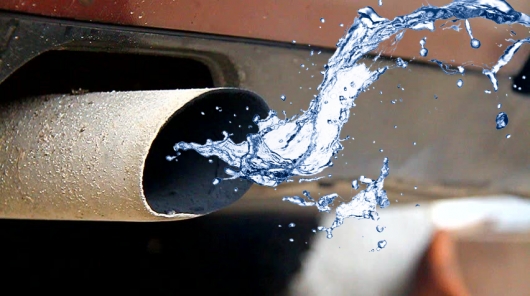 Did you notice how much smoke the white smoke many cars? Moreover, this smoke a lot of cars appears not only in the winter. In the behavior of your car you begin to notice something like that? Do not worry, it does not mean that your car’s engine is faulty. The most common cause excessively white smoke from the exhaust is normal condensation. That is, the water. However, do not worry. In most cases, the presence of water in the muffler is not to say that your car is in need of repair.

You will not believe it, but the muffler can accumulate a lot of water. This usually indicates a fault in the motor. If the water slightly, then blame the difference of the ambient temperature and the temperature inside the exhaust system, which leads to the formation of condensate. Incidentally, the same effect is manifested in the form of droplets on cold glass bottle of soda water you just took out of the fridge and put it on the table in the kitchen where very hot. Almost instantly on the bottle due to the difference in the temperature of the bottle and the environment will form condensation drops. 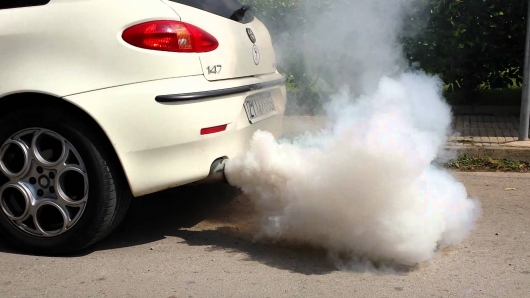 And yet any owner of a car must always pay attention to the water in the muffler, because too much water can clearly indicate a catastrophic problem in the engine. While most of the serious faults of the motor instead of water from the exhaust pipe will come out the antifreeze, or a mixture of water and antifreeze. For example, this can happen when a crack in the engine or damage the gaskets of the engine block. 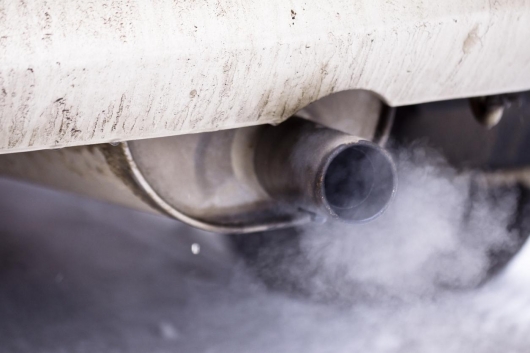 If the muffler is formed a little water (for example, a few drops), then that’s fine. But did you know that the main reason for the appearance in the muffler water drops not really condensation? Water is a normal byproduct of combustion. That is, even if condensation inside the exhaust pipe not, the presence of water in the muffler, usually you’ll find. Why? It’s all in the chemistry.

Here is the chemical equation for the combustion of fuel:

But from the chemical side to explain the appearance of water in the muffler is quite simple. In the liquid gasoline originally contained water, which during combustion turns into water vapour (i.e. gaseous state). 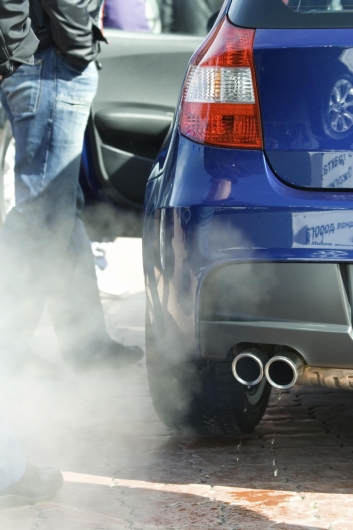 Because exhaust gases are hot, they are mixed with hot water vapor, which is passed in the gaseous state in the combustion process of gasoline in the engine. Water in the form of steam will remain in this condition in the exhaust system until, until it is below 100°C.

However, when you warm up a cold engine, as a rule, in this case, you will not see water flying out of the muffler. The fact is that at this point, the water in the vapor state when the engine warms up does not have time to condense in the exhaust system. That is, the water coming out of the muffler in the gaseous state. However, this is only possible at a certain temperature of the environment. For example, when it is cold outside, the steam may condense in the exhaust pipe and out the muffler in the form of several drops. 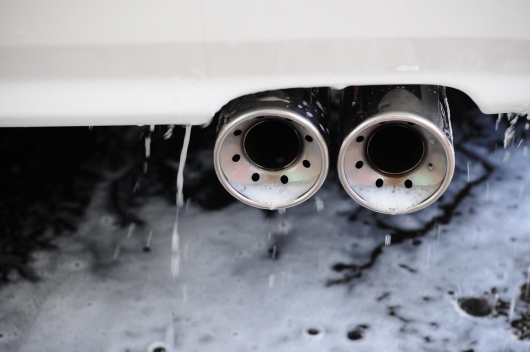 Remember that when a normally operating car (read – fully functional) must not get too much water. Also keep in mind that as the heating of the motor and of heating the entire exhaust system for the formation of water droplets has to stop, as water vapor will cease to condense because of equalization of temperature of the inside of the pipe with the air temperature.

Any water that condenseries, for example, in the muffler for a long time also does not remain in liquid form because increasing the temperature of any liquid quickly turns into a gaseous state, i.e. in pairs.

For this reason, in the exhaust gases is a good car never the formation of too large amounts of fluid.

Water can cause corrosion of the exhaust system 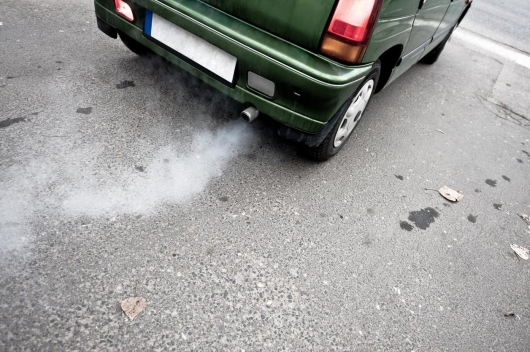 Did you know that condensation can cause corrosion in the exhaust system? But as water can damage the muffler and other exhaust system components, if in most cases it does not stay there after the engine warms up? It turns out that in some vehicles, the accumulation of excess water may be present. Especially in the winter when the car owner uses the car mainly for short distances. For example, from home to work or to the store, which are close to the residence. In this case, in the winter, the car simply does not have time to warm up. And then because of the large difference between the temperature inside the exhaust muffler and the environment water vapour present in the exhaust pipe and muffler, begins to condense in the form of water.

We all know that water is the enemy of ordinary metals, as it promotes the formation of rust.

Fortunately, modern cars (including the new domestic cars), typically mounted with stainless metallic elements of the exhaust system. Nevertheless, over time, even stainless steel resonators and mufflers are exposed to negative effects. As the exhaust gases consist of a large quantity of different chemical substances, which in addition to carbon dioxide and of lead include sulfur dioxide (SO2), which when interacting with water (H2O) forms a weak sulfurous acid. 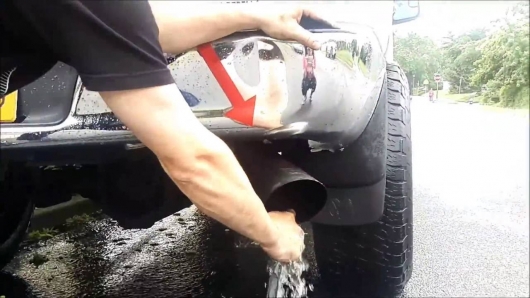 That is, in the exhaust system forms a mist of sulfuric acid, which is a tiny droplets of sulfuric acid which will eventually corrode easily even strong and stainless metals. That is why even a stainless exhaust system may eventually be damaged. And if in winter the car is used on short distances and no time to warm up to normal operating temperature (the engine and exhaust system), due to the formation of water, the service life of the exhaust system is significantly reduced. That is why it is important in winter to warm up the car fully and try not to use it on short distances. If this is not possible, we suggest that you every three to four days to dry the entire exhaust system to reduce the risk of excessive water in the exhaust system. Use the car at least 40 minutes. Preferably not on small engine speeds that the pressure of the exhaust gases heated the entire exhaust system up to temperature to evaporate condensation. As a result of such long trips at high rpm all the excess water, turning into a gaseous state, just come out of the system.

Water and smoke from the exhaust pipe 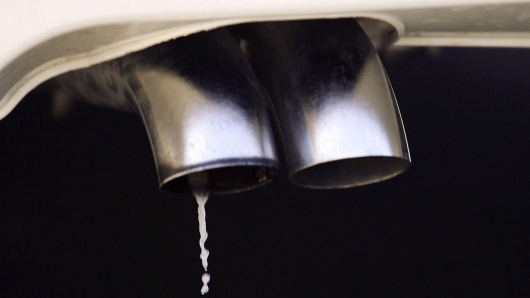