Warning for drivers: if you see a plastic bottle near the wheel, be careful

Here’s how the Snatchers and the thieves began to use the method with the bottle. 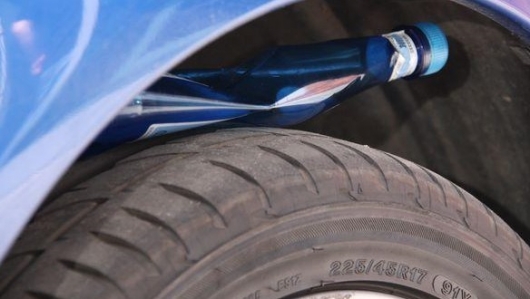 In the Russian Internet grew louder and louder talks about the well-forgotten method of criminals through which they steal valuables from the car and even right in front of the driver of the stolen car. What is the most dangerous attackers are doing so without any intervention in the security system of the car. Fortunately, by this method, which was invented by the Snatchers, it is easy to defend.

At the time, when a wave of thefts of personal belongings from cars swept all major Russian cities (90-th and 2000-th year), this technique to lure and distract the driver was a fairly well-known. But then, when the police have caught almost all the Snatchers, about this method somehow forgotten. Young drivers probably about it, never even heard of. But today, when the economic situation in the country began to resemble the beginning of the 2000s, criminals intensified again, remembering “the bottle”.

Yes, in order to lure the owner out of the car, the criminals placed an ordinary plastic bottle between the wheel and the wheel arch. And this is done so that the driver approaching the car, noticed the bottle immediately. Why? 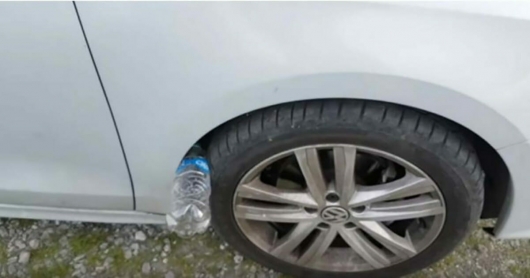 Everything is very simple. The driver sits in a parked car and start moving, he hears a strange noise (criminals usually put the bottle under the front wheel arch on the opposite side from the driver’s seat). Next, the driver, stopping the car, goes to check what happened. And very often this happens without turning off the engine. That is, the keys remain in the ignition. Further, all classically – thief jumped behind the wheel and drives away.

But this way of stealing from thieves is not so popular. Most often the bottle is used, for snipers, for whom the success of the theft depends on how long you can distract the driver from the cabin. Recall that usually the Snatchers (the criminals involved in theft from vehicle in the presence of the driver) work in groups. One distracting the driver, the other to quietly open the door from the opposite side and steal the valuables (purses, briefcases, bags, phones, tablets, laptops, etc.). 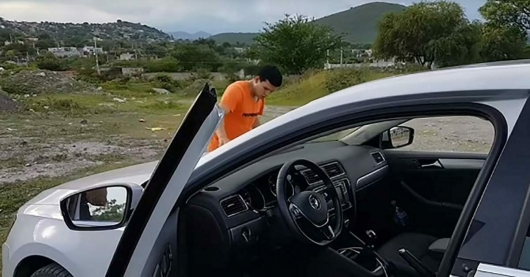 Plastic bottle allows attackers to “work” alone. For this criminal enough to quietly set the bottle between the wheel and the wing (arch), and then observe the car from the side, waiting for a victim. Such thefts often occur in large shopping centres, cinemas, schools, kindergartens, supermarkets, etc., because in such places it is easy to observe the victim, and there is a high probability that the driver will quickly return to the car.

How can you protect yourself from such theft?

Well, of course, you in any case should not get out of the car, leaving the keys in the cabin, and even worse in the ignition. So make it a rule each time you exit the car to remove the car keys in his pocket. Also always lock the car door if she got out of the car.

What if you found a plastic bottle under the wheel? 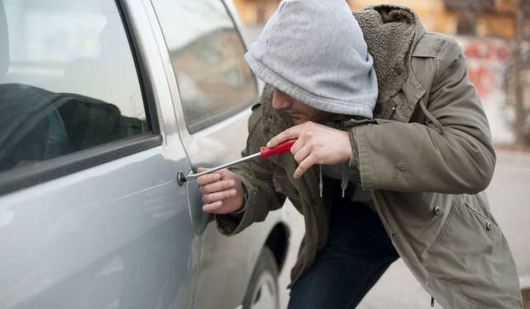 If, approaching the car, have you discovered between the wheel and the fender plastic bottle, 99% of your car following a criminal who wants to steal your personal belongings from the car or steal the car itself. Be careful and cautious. You have two options. The first is to do nothing, pretending you didn’t notice the bottle under the wheel. Next, go back to where you just came in, pretending to have forgotten something. Then call the police, informing them on all the details of the incident. It is possible that this will help the police to catch the criminal red-handed.

The second option (the easiest and most desirable) is to remove the bottle without opening the car door. Then sit in the car and leave.

We ask you to talk about this kind of theft to all motorists. So we can alert the maximum number of motorists in our country. As you can see, well forgotten old methods of theft again in fashion among criminals. And once this time, and drivers now need to be doubly careful and vigilant. Good luck on the road!