Spy shot of the Volkswagen Touareg during the final tests. 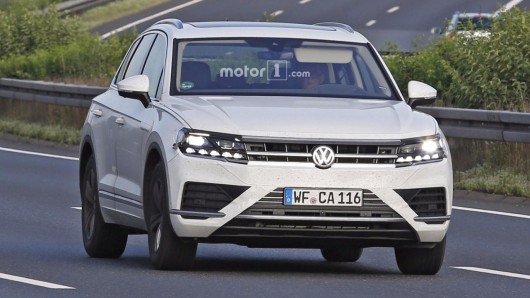 We sincerely believe that together with the new generation of the VW Touareg SUV will open a new era of exciting design of Volkswagen cars. Recall that the company Volkswagen in developing the new generation of the SUV used a new “language of style” to be used on all future new products of the company. Many experts and fans of the brand feared that the flagship SUV will be boring and characterless.

But it turned out that Volkswagen designers do not knowingly eat their own bread. How were you able to learn new design Volkswagen Touareg? After all, the official premiere was not yet officially the Germans had not presented the photographs of the SUV. 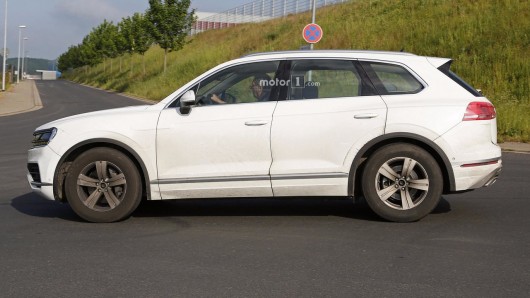 It’s very simple. Photospin managed to make high-quality images of the new Volkswagen Touareg during engineering tests. Fortunately the car was virtually without camouflage. As a result, today we can see how it will look new generation of the SUV.

Recall, when Volkswagen released the first generation Touareg SUV quickly gained popularity since its appearance and technical characteristics were to the liking of audiences around the world.

But unlike the VW Phaeton, the SUV has long become outdated, as the company slowed down its development, both technically, and outwardly, when released the current second generation, which the public, unfortunately, is not impressed. The result was that was to be expected. The popularity of the model has decreased worldwide. 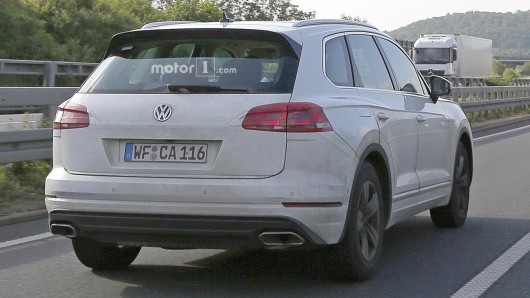 To regain market share in this class car of German brand, it was necessary to radically change the concept of the SUV, and that was done when designing the new model Touareg.

In the end, the future third generation SUV has undergone significant changes. Of course engineers and designers used in the new model, what we have seen in the new models Tiguan, Atlas / Teramont. But still new toureg cars got more exclusive appearance. 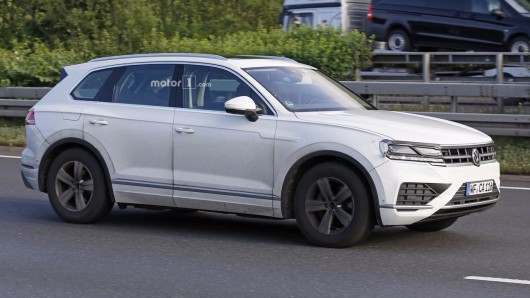 First, changed the front part, which became more stylish and much more aggressive.

Secondly, the car has received lots of shiny exterior and a new volumetric line. As a result, the SUV began to look at the level of modern premium SUVs.

Much of what you see on the new SUV you can see on the concept of T-Prime.

As before, the third generation Volkswagen Touareg is based on the platform of Audi Q7, which is based on a new modular architecture, thanks to which the engineers managed to reduce the weight of the Touareg. And this is a huge step forward. 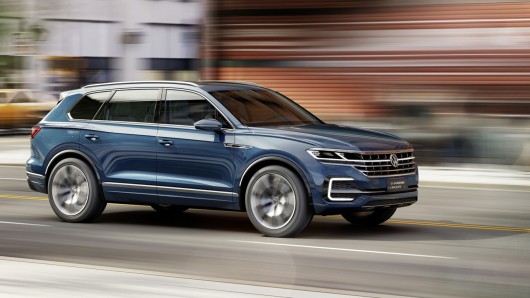 The concept car VW T-Prime on the basis of which was created new Touareg.

The production of the new model Volkswagen Touareg will occur at the plant in Bratislava, Slovakia. Currently scheduled to begin mass production of a new SUV in November of this year. This means that the official premiere of the SUV will take place at the Frankfurt motor show.

The basic model for the European market is diesel, is equipped with a 3.0 liter TDI engine. This same motor is also mounted on a VW Amarok. In addition, there is the probability of a Touareg with the 3.6 liter V6 engine delivering approximately 280 HP.

Of course it is also expected to release the 2.0 litre petrol version with the TFSI engine. Including, you may be a model of GTE with a hybrid power plant.

All models are equipped with four-wheel drive and 8 speed automatic transmissions.