Video: is it Possible to start the engine on the cleaner hands?

What happens if you try to run a gasoline engine on disinfectant for cleaning hands? 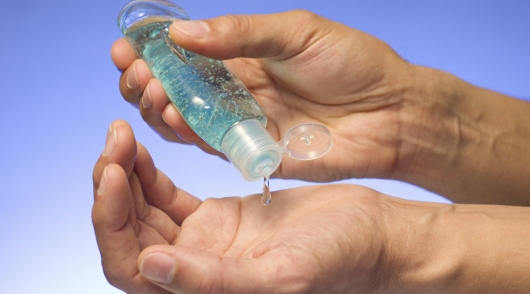 Theoretically, theoretically, any engine, no matter with a candle if he ignition, igniting the fuel / air mixture with a spark or igniting the mixture by using a glow plug, meaning no candle pregnacare in a diesel engine, a so-called glow engines for models, and of course themselves diesel engines where the mixture is ignited by compression, they can run on any fuel fuel: alcohol (ethanol, methanol), clean all kinds of gasoline, kerosene, naphtha and other liquid hydrocarbons, and so on, up to the ethers…

The only thing need to know: not every motor is designed for a certain fuel type can bear such a torture (high probability of failure and subsequent costly repairs) and even more so, not every engine will work fine, if it pour foreign fuel.

But there is on the Planet cranks with an inquiring mind. They do not take some things on faith, and trying to reach the desired result in a practical way. Why would they do that? Don’t know, just wondering. And some of them like to take their experience to the camera. Here is a video with one person from the United States, YouTube-channel “Project Farm”, which deals with similar experiences:

The meaning of the video is to understand whether the mower with the engine start and work on disinfectant for the hands. Kind of like this tool can be a substitute of gasoline. In these disinfectants is used about 68 per cent ethanol and 7 per cent of isopropyl alcohol, both of which are flammable. Theoretically, it could work.

It is noteworthy that for the experience any cleaner hands would not fit. Most of them comes in the form of a gel. This viscous substance could quickly clog the fuel lines and single cylinder the motor would quickly stalled. So I chose a stamp with more or less liquid formula.

Opinion on the experiment

You can watch the video (subtitles translated to Russian) and learn the entire global fun experiment. Who can’t wait to see the final result – the engine can start, though not without problems, it even worked on the wrong “fuel”. Only here the strained sound of a ringing piece of iron very difficult to call “work”. Even without load the motor could hardly cope with their duties. Sanitizer flammable, but not as efficient as regular gasoline.

So the answer to the question: Can a gasoline engine to run on disinfectant? There is only one answer: of Course not!