Turned on the system “start-stop”. Is there a fuel economy really?

Is there any sense in the system “start-stop”? 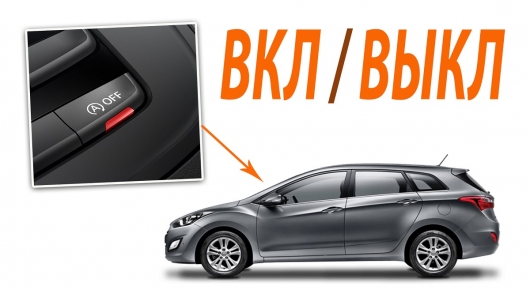 Many new car models that have appeared in recent years on the Russian market, are equipped with automatic engine shut down at stops. More and more manufacturers are installing “start-stop” on the basic specification of the car. But do you have this system in the future? How does the “start-stop”, and why its popularity in the future is questionable?

Not a technical solution has made such a rapid career in the automotive industry as a system “start-stop”, despite the fact that most drivers don’t like. So where does the popularity of the system? Why is it so loved manufacturers? Maybe it helps to save fuel in everyday travel? No. Actually the real reason is different.

All about the new environmental requirements, and changing the measurement procedure of the car environmental standards (NEDC). In contrast to measuring levels of exhaust gases when stationary running on idle, the car, the procedure for measuring the level of EXHAUST gas (exhaust gas) Protocol NEDC is ecological measurements during simulation of movement and short stops. Recall that the Protocol requirements of the NEDC to the procedure of measuring EXHAUST gas of vehicles operated virtually unchanged since 1990-ies.

But recently in Europe introduced a new system of inspection of cars on green (WLTP). This procedure is now more accurately simulate real road conditions. The results of testing professionals able to make accurate measurements of emissions and fuel consumption. By the way, thanks to the new Protocol it was found out that the system “start-stop” when you turn off the engine during short stops gives large advantages in efficiency. But why automakers are trying to impose on the consumers of this complex system?

But the fact is that today the environmental norms and standards are so stringent that even the fuel economy by 1%, or the reduction of harmful emissions by half a percentage point is valued by the manufacturer on the weight of the gold. After all, if one or the other car will not fit strict environmental standards, its sale can be banned not only in Europe but also in many countries of the world. Including in our country. But, unfortunately, the brands there are not so many technologies and techniques to continuously reduce harmful emissions of internal combustion engines, complying with requirements of environmental standards of the European Union. As we have said, in the near future, many petrol cars will massively be equipped with diesel particulate filters that were previously used only in diesel cars. And blame all those notorious new environmental regulations.

What do manufacturers say? 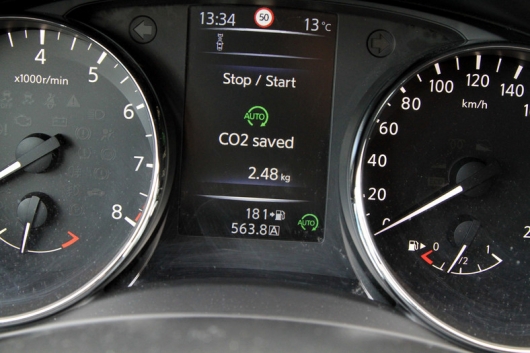 In the right conditions to start and stop the system “start-stop” can provide a fuel savings of up to a few percent and a significant reduction in exhaust emissions.

Manufacturers and suppliers of electronic systems “start-stop” in the words of promise consumers substantial fuel savings in cars equipped with this technology. For example, as stated by Bosch, which is one of the largest providers of sites for systems of this type, thanks to automatic shutdown of the engine when the car stops can save up to 8% of fuel.

In some cases, according to experts, the savings can exceed 15%! And, in principle, the suppliers and the manufacturers not telling the whole story. But avtomarketing is a great thing. The thing is that the fuel savings when the system “start-stop” is only possible under certain strict conditions.

The principle of operation of “start-stop” seems very simple. When the vehicle is standing still, instead of burning fuel at idle, the car engine turns off and when the driver wants to drive (e.g., clutch, included the transfer of manual transmission or if the machine is equipped with automatic transmission, release the brake pedal when the Drive D), it will automatically run. Despite the fact that the principle behind the system is simple, to achieve coordinated her work is not so easy. 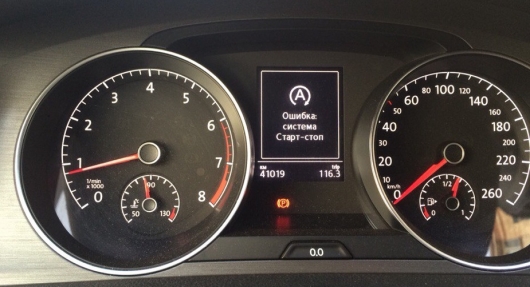 “Start-stop” can be deactivated manually, but often the system disables itself.

That all worked, it is necessary to use components with parameters different from those used in cars without this system. So, the vehicle with the system “start-stop” requires a reinforced starter, a more efficient generator, special battery, resistant to so-called cyclic operation, a deep discharge, as well as advanced electronics controlling the power consumption in the car.

Recall that the first experimental system of this type was created back in 90-ies of the last century. These systems were based on standard components, which quickly led to frustration for the players – the first system was very slow, and scandalously broke down and brought headaches to motorists.

Currently on the market there are several concurrent solutions to the system “start-stop”: from the simplest, where standard motors are complemented by a reinforced attachments and electronics, to ensure the implementation of this function, to much more advanced solutions that use the hybrid starter that combines the classic starter and a generator that receives recharge by restoring the energy released when braking. Like the hybrid starter is the sustaining source of energy.

Increasingly, system “start-stop” are also configured so that the engine is shut off not only when the car is stationary but when the car moves freely and does not require the transmission of power and torque of the engine to the wheels – the so-called movement of the vehicle is coasting. Even in cars with automatic transmission and a transmission with dual clutch the implementation of this function is not a problem if you enable “manual mode”.

Can the system “start-stop” engine damage? 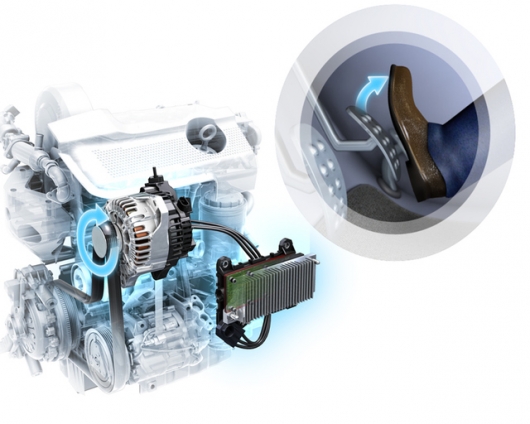 Many drivers today are afraid that the fashion system “start-stop” will damage the car engine. In the end, today, many new cars are equipped with turbine. And we know that the abrupt shutdown of the engine with the hot turbocharger may cause damage. It should be borne in mind that used today system automatic engine shut down before automatically turning off the engine, analyze dozens of different parameters. If it turns out that the conditions for turning off the motor fails, the engine will not be muted when you stop the car. Here in some cases, the system “start-stop” may not work:

So if your car is fitted with this system and when you see on the dashboard the message “start stop not available”, etc., do not panic. In the vast majority of cases this message indicates a system error. 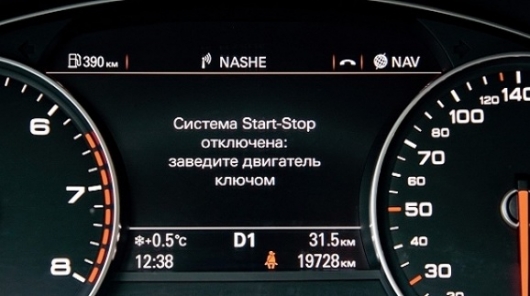 In our Russian climate under certain adverse climatic conditions driving it may happen that in theory the system “start-stop” will only function from time to time. Why? See the list above. In our country, with large temperature fluctuations both in winter and summer shutdown system engine will not work as often as you would like.

As a result of the large number of factors affecting the systems “start-stop”, it is impossible to determine exactly what kind of fuel economy they provide. Most interesting is that the final fuel economy for all drivers will be different. But in any case, in Russian conditions, you are unlikely to see significant fuel savings, if any, will notice.

A reliable system “start-stop”, are there any downsides?

System “start-stop” by default are configured so that they are automatically included. So if we turn the system off, the next time you start the engine it turns on again. Not many cars after turning off the system “start-stop” at a subsequent engine start, the system remains inactive until then, until the driver it will not include again.

As in many models of car speed and smoothness of operation of these systems leaves much to be desired, the drivers often prefer to disable it. Some motorists even asked to turn off system on tenure, referring to the technical centre where experts will inactivate the system “start-stop” at the software level, so it does not turn on automatically whenever the engine is started. 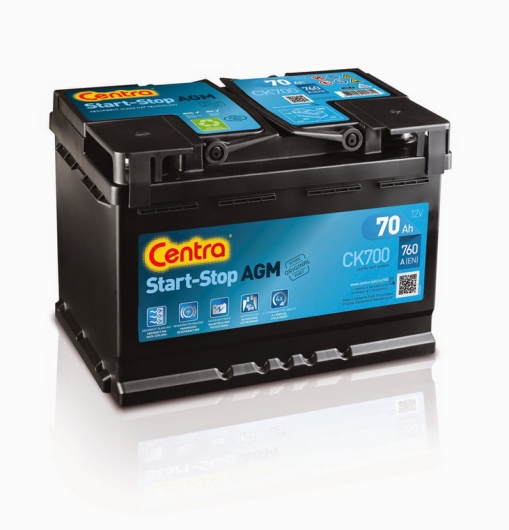 The battery should have parameters recommended by the manufacturer. For “start-stop” batteries required, resistance to cyclic mode and charging with high current. 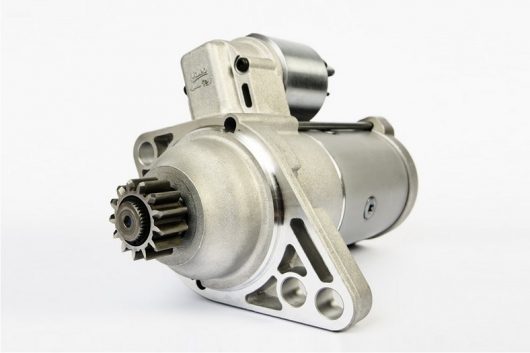 The starters for the system “start-stop” needs to be adequately strengthened. Unfortunately, sometimes they are 2-3 times more expensive than the standard, and to find in the market are not original, analog starters almost unreal. 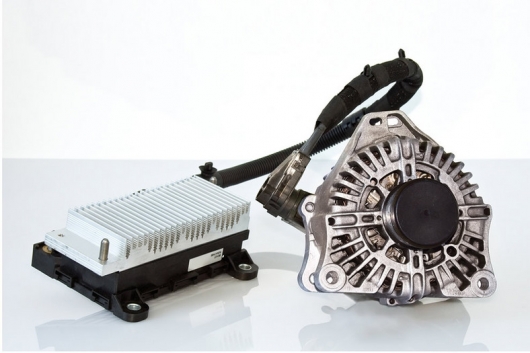 Alternators, especially with energy recovery and extensive electronics also cost a lot of money, fortunately, they are usually durable.