Why, tucking the AI-92 gasoline in a car that needs 95 octane, you will save

Why filling normal fuel in a car that requires premium fuel will not save you any money.

What do you think could be the damage to the car requires premium fuel, if you fill it with the usual premium brand of gasoline? To really answer this question very difficult. You’ve probably already seen on the Internet for a similar topic, and I’m sure after reading a variety of materials you did not understand whether it is possible to fill the car, not the premium fuel if the manufacturer recommends pouring only the branded gasoline. I decided to find out by themselves whether to fill the car with gasoline AI-92, AI is-95, turning to the engineer of fuel systems.

By the way, this question every year becomes more urgent, as it became more noticeable gap in the cost of fuel AI-92 and AI-95, which in the future will continue to grow along with the cost of all types of gasoline and diesel fuel.

For example, currently the gap between regular and premium branded gasoline is an average of 3-5 rubles. 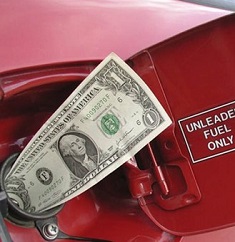 Since, on average, most drivers runs about 15-20 liters, it turns out that, not pouring premium fuel in a car that needs high octane fuel, drivers will save only about 50-70 rubles. Basically, as you can see the savings are not very large, unless of course you don’t fill up every day several full tanks.

As you know we are talking about the gas station fuel with a different octane rating. After all, the question of whether to fill in the vehicle that is configured to work on gasoline AI-95 and higher AI-92 petrol, worried about a huge number of people.

Especially now, when the income of the Russian population fall for several years. Of course people are always looking for an opportunity to save money, but in our days, this question is even more acute. In principle, many car owners in Russia often wonder if instead of AI-95 petrol to use the fuel in your car with lower octane. Because at the moment the price of AI-92 is much less than 95 octane.

But as you can see in fact, if instead of AI-95 to begin to fill in AI-92, you will save a little money. Nevertheless, the fact remains that the savings are certainly there. And for some, it may seem significant that certainly is a temptation among drivers. That is why many car owners in Russia began to ignore the OEM recommendations on the use of fuel below 95 octane, and began to pour gasoline AI-92.

First, for those who don’t know, let’s find out what the difference between normal and premium fuel? 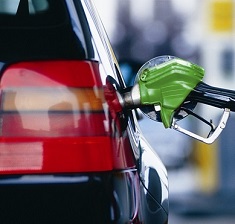 For example, AI-92 and AI-95. Everything eventually comes down to the octane number of gasoline, which is indicated in the name of the brand of fuel. Without going into complicated chemistry to understand what octane gasoline you should know what this figure is in the brand name of a fuel indicates how much the fuel can withstand without flashover when the compression in the engine.

That is, the higher the octane number of gasoline, the greater the resistance of the fuel to ignite under compression.

And when the fuel is ignited in a petrol engine the spark from the spark plugs, and compression, then there is a shock-the explosive ignition of the fuel (detonation). This can lead to serious engine damage.

Can I fill 95 octane in the car, the manufacturer is recommended to fill 92 octane? 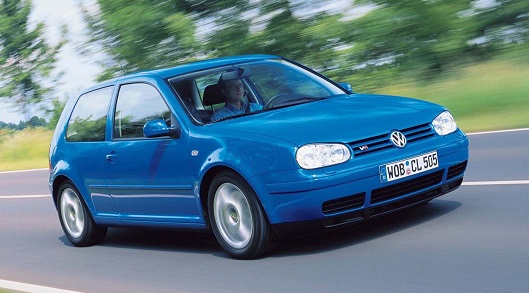 How, then, the manufacturer chooses what brand of fuel have to refuel one or the other car? Usually it depends on the compression ratio of the engine. Accordingly, the higher the engine compression, the more premium grade fuel must be used in the car.

But unfortunately, with the increase in compression ratio increases the risk of self-ignition of the fuel in the engine, which will lead to the threat of the detonation of the motor. As a result, to avoid this, manufacturers recommend to fill the fuel with a higher octane rating. 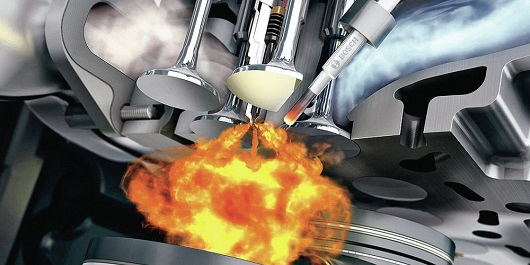 So fueling the high-octane fuel (AI-95, AI-98) engine which used a lower compression ratio will have no effect. You just spend the extra money and all. That is, the filling machine is AI-92, more than premium fuel will cause your car will run better or worse.

In the end Bay in my car (which according to the factory specification does not require premium fuel) gasoline AI-95 or AI-98 you basically give the engine a tool comparable to pharmacy an expensive “dummy” (placebo).

Modern car computers and engine control system can compensate for a lot of things during operation of the powertrain, including even in the case of the owner of the engine fuel with an octane number not recommended by the manufacturer.

But does this mean that modern engines don’t suffer if you use a lower octane fuel instead of the recommended car company to use premium gasoline.

Can I fill 92 octane in a car that needs to run on fuel below 95 octane? 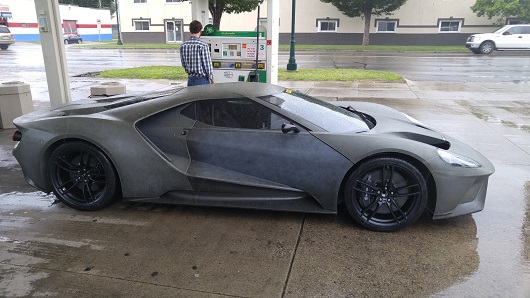 To understand this, I turned to the engineer of one of the automotive companies operating on the territory of Russia. Here is what he said:

The General consensus in the industry is that Yes, indeed you can save money by using less expensive gasoline in your car and in the short term it probably will not have much effect on the engine.

The fact that the knock sensors are doing great with the self ignition of the fuel when using gasoline with lower octane in the car from which the engine should run on premium fuel.

However, Gulf instead of AI-95 gasoline AI-92, the car likely will lose a little power, since the software configuration of the engine control unit (computer, ECU) calibrated to use premium fuel. In the end, effective price for 1 kilometer of the machine may be almost the same.

Also, in most cases, the difference in the cost of refilling the fuel, AI-92 and AI-95 is less than 100. It’s cheaper than a Cup of coffee in many cafes. 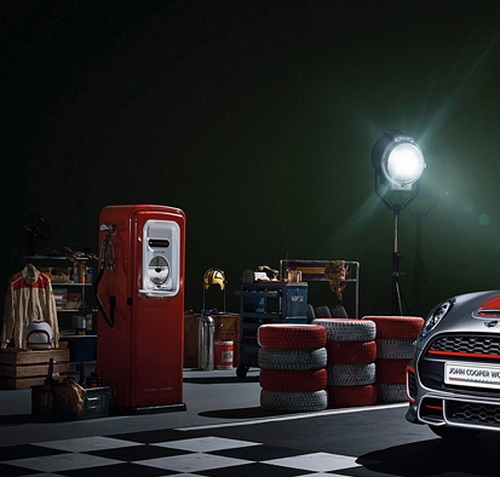 In the long-term effects of the use of fuel with a low octane rating is not so transparent. There is some compelling evidence that when pouring fuel with a low octane in a car tuned to work with the high-octane gasoline, can occur excessive wear of some engine components. However despite these facts there is still no complete study on this issue that thoroughly and quantitatively showed how the car affects fuel AI-92. After all, this research specialists would have needed a large number of cars that had to refuel one brand of fuel for at least 150 thousand kilometers. The only way would be to obtain a representative sample to quantify the difference between the two fuels.

That’s why there is no definite and scientifically proven opinion on the use of multiple fuels on a single vehicle.

However, as I said, there are a number of indirect evidence clearly indicating that you don’t have to fill your car with low-octane fuel if the manufacturer of your vehicle recommends that you pour only premium brand of petrol.

In addition, the difference in cost between AI-92 and AI-95 are not significantly large and therefore it makes no sense to pour in my car, cheaper fuel, potentially at the risk of reduced engine life. After all, your economy is negligible and even in the absence of evidence of the dangers of AI-92 gasoline for vehicles operating on fuel below 95 octane you should not for a little money to jeopardize the condition of their car. Especially if you plan to operate your car for a long time.

Also the engineer of the car company added:

In addition, do not forget that flooding in the car instead of high-octane gasoline is a cheap fuel, your vehicle is likely to emit more harmful substances, as in any modern car to minimize the level of harmful substances in exhaust system uses a variety of different systems. In the end, if your machine is configured to use 95 Ron gasoline, which when burned, usually is allocated a certain number of harmful substances, when using fuel of AI-92 electronics and exhaust system can not cope with the removal of CO2 and other harmful elements, since the fuel with a low octane rating usually when burned, emits significantly more harmful chemicals. 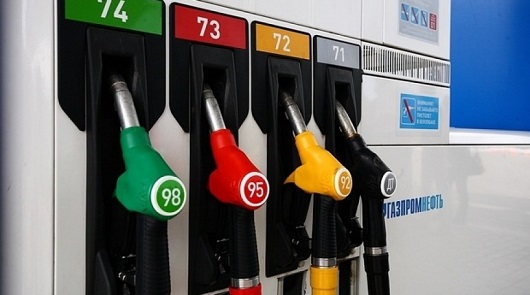 Of course if the difference in cost between AI-92 and AI-95 (or AI-98) will grow, the mathematician savings will be a little different. For example, if the cost of gasoline AI-95 in the future will grow faster AI-92, it really will allow you to save some money, at least in the short term. However: 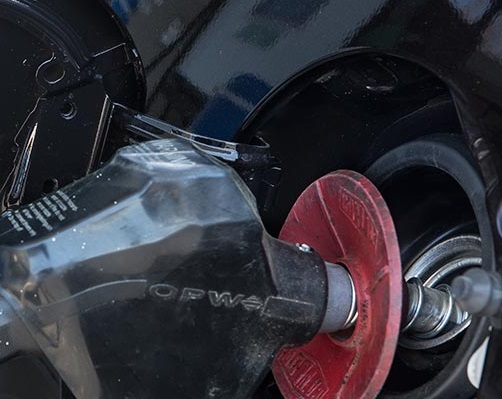 Also, when using low-octane gasoline high octane is recommended by the automaker, you risk diminishing the life of the engine. However, in practice there is no direct evidence of harm, because the effect of low octane fuel in engines designed to run on high-octane gasoline can only be noticed at high mileage car.

However, once there is some risk of damaging the motor, if you are planning a long use your car, don’t suggest you fill it with low octane fuel.