Toyota helped to create the hydrogen from the Navy. 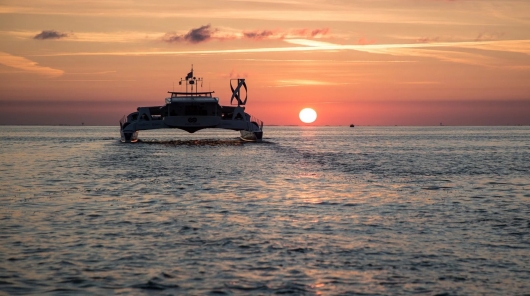 Automakers are closely monitoring the hydrogen energy not only to design and build cars that run on alternative sources of energy. For example, recently the company Mercedes showed a prototype of a hydrogen minibus Sprinter. And now, Toyota introduced the world to something much grander. Toyota participated in the creation of the ship working on the easiest chemical element in the periodic table.

The project is called Energy Observer. The world’s first hydrogen sea ship-catamaran. This craft has a length of 30 meters, width 12 meters and a displacement of 28 tons.

This catamaran built by the French in close collaboration with Toyota, which helped developers to create the hydrogen power plant.

Recall that testing of the vessel started last year in six-year mission on testing of engines running on renewable energy. With the support of Toyota, it is planned that a hydrogen vehicle will make the world’s first voyage around the world in hydrogen energy.

Currently, the catamaran is located in the Mediterranean sea. Next ship through Northern Europe to travel around the globe. Next year, hydrogen the ship must go in the direction of Tokyo.

Under the plan, the catamaran will arrive in Tokyo in the 2020 Olympic games.

That said the captain of the ship Energy Observer, Victorian Erussard

“We are very pleased that Toyota is on Board our ship Energy Observer. We share Toyota’s vision that hydrogen is the key to transition from traditional energy sources to new cleaner fuels”

That said the representative of Toyota on the draft Energy Observer:

“Energy Observer is an exciting initiative and we are delighted that this project is associated with our company, which has long been striving to make the world cleaner by using alternative sources of energy. This project demonstrates once again that the world can be many practical uses for hydrogen. Thanks to modern technology the world is soon to be fully ready to move to a hydrogen era” 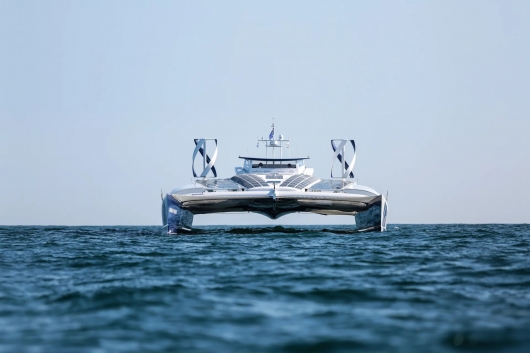 Recall that the company Toyota is one of several automakers are experimenting with hydrogen energy. For example, in addition to Mirai hydrogen cars and electric cars Prius, Toyota is developing a working buses, trucks and even forklift trucks can be powered by alternative energy sources. 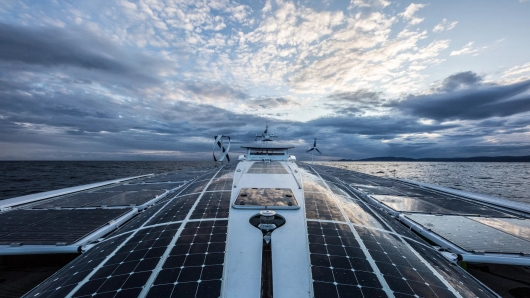