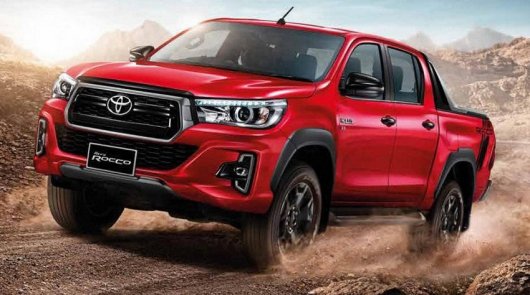 Officially updated SUV Toyota Hilux how to pronounce the name of the model Japanese pick-up we the people or in the correct spelling in Cyrillic – Hilux. The old man is alive and well, continuing to delight fans around the world, including in Russia, their improvements from generation to generation.

It seems recently, a couple of years ago, came the latest generation of hardworking, handsome and just don’t kill the truck, and the Japanese decided on a new step in improving one of its oldest models, production of which began in the distant 60-ies. There is information that you can trust – released a restyled version of the model. In today’s top facts consider the most interesting data about the renewed novelty.

Fact # 1 in the face of Change 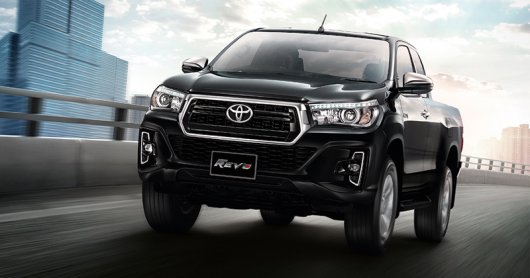 When viewing photos updated Hilux involuntarily you catch yourself thinking that you are a completely different car. It’s not Alasks, and TACOMA. Exactly, precisely This. Front lighting has become more pronounced, highlighted the arrogant, almost like the older brother from the USA, razdalis in breadth.

Optics of a pulled change the front radiator fallcreek. The latter was flat and she “got off” a large part of chrome.

The bumper has changed both in General and in detail, were changed as the Central intake and niches for protivotumanok. 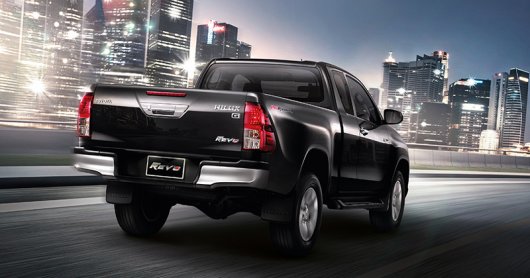 If to speak about other parts of the body, no visible significant changes are not observed. Rather, they are not at all. The whole look of the facelift changes were limited to the front of the car.

Fact # 2 Plus one package 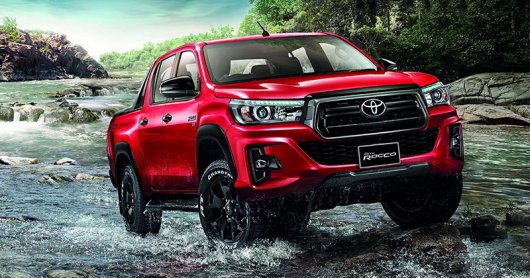 Fact # 3 the Interior hasn’t changed at all

Inside the interior is no particular change has not been invented. All were in the same place, in the same colors and made it all of the same materials as before. 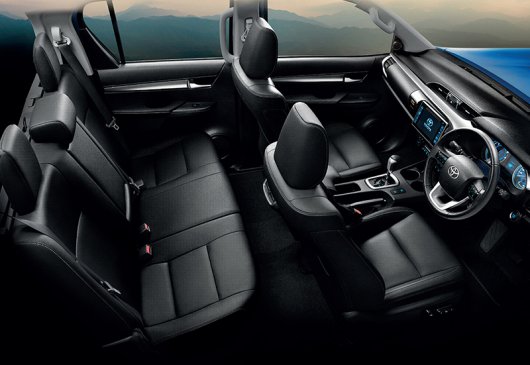 The Hilux cabin is generally a separate topic of conversation. He performed very well indeed, a reasonable question arises, why change a solid model of the interior, if it all works for five? In General, if you ignore the fact that we are talking about the truck, purely utilitarian car, and to look separately at the photos of the cabin, it may seem, the photos are the interior of a fairly tricked-out SUV. I am sure that is a great compliment to the team who designed the inside of the car.

Because the basis is entirely shifted from previous versions of the pickups, to doubt the toughness of the car is not worth it. The main difference between the models since 1968, was her incredible survival. Top Gear even made a cycle of episodes in which the trio mercilessly tried to destroy a Toyota. Did not work… 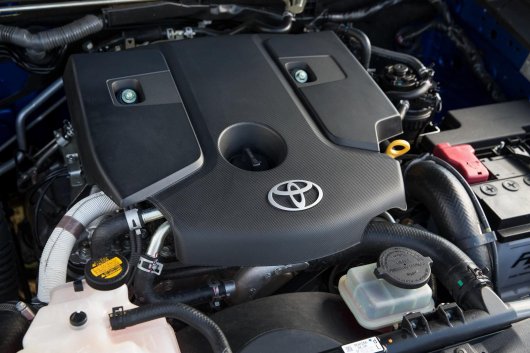 Wearing a Hilux 2016 comes with four engine options, two turbodiesel and two petrol atmospheric engines. Two of the first power unit is a 2.8-liter turbodiesel, whose power is 174 horsepower and 448 lb-ft of torque. For those who want a smaller motor, is a turbocharged diesel engine capacity of 2.4 liters, which meanwhile, is not much inferior to his elder brother: 160 HP and 400 Nm of torque.

Petrol engines – a 2.7-liter engine four-cylinder with 164 HP and the most powerful 4.0-litre V6 capacity of which reaches up to 278 horsepower.

In Russia at the moment available in two diesel equipment: 2.4 D with manual transmission and 2.8 D with automatic transmission.

Something will change in this respect, a restyled version 2018? No!

Result. In fact, Toyota has made a shrewd but predictable move, is adjusted under the updated range of the Camry, Prado, Land Cruiser, Corolla and your practical farm truck. Who says utilitarian cars don’t have to look cool? Hilux deserve it.