Mitsubishi Outlander updated, but the updates you will find! 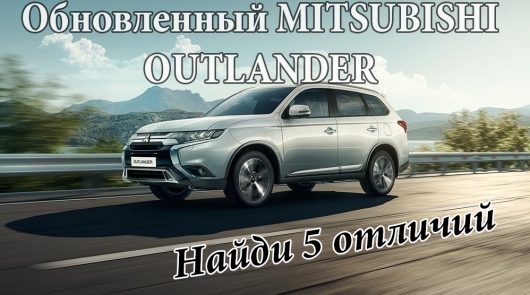 The Mitsubishi Outlander is a crossover-the breadwinner for the Japanese automaker, which is not all as smooth as I would like it to owners. Series of errors led to the beginning of a gradual but inevitable reduction in the model range, has gone down in history such icons of car brands like models: Mitsubishi 3000GT, Eclipse, Lancer Evolution and so innovative, but a rare car Mitsubishi FTO. Mitsubishi goodbye! Remember the lineup of the Japanese automaker for the last 20 years

Then we started throwing in the choice of the future path of development. What to do? To restore the old lineup or switch to progressive electric traction? Like chose the second option. But here’s the thing, in the first half of 2016, the scandal that surfaced that for years kept secret: Mitsubishi has officially admitted that they falsified data on fuel economy in 1991.

The sense of scandal can be put in one sentence:

The company Mitsubishi has used a deceptive scheme, which provided their models lower fuel economy than it could achieve in accordance with government regulated testing. And it is, sorry, for a quarter of a century! Car company Mitsubishi might come to an end?

From imminent collapse, the company saved the Renault-Nissan Alliance, or rather a Japanese partner enterprises. In October of the same year, he bought shares for $2 billion From Mitsubishi seems to have started a new life.

This is reflected in the revitalization of the production of a variety of crossovers, unconditional care from the falsification of data on fuel consumption and the infusion of funds from outside. But Mitsubishi would not be myself if I didn’t support his undying classics. It is just part of the crossover Mitsubishi Outlander. Collect in Kaluga SUV remains in the Top 25 most purchased in the country models, for the nine-month period, which sold 17.266 units, adding almost 6 thousand units compared to the same period. Statistics of sales of new cars in Russia for the periods September 2018 and January-September 2017/2018 year

1. Minimal changes in the “X”-style, the evolution of design continues.

Perhaps only a very attentive and dedicated fans will notice the difference. Pay attention to the bottom bar of the new Outlander. It was enough to flip the side “fangs” down to the car has changed a bit in the “face.” The updated crossover instantly became more aggressive. Designation No. 1 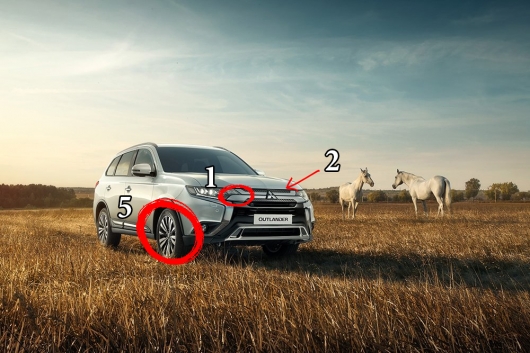 Instead of blinds, and now the mesh in a shallow hole, no.2. 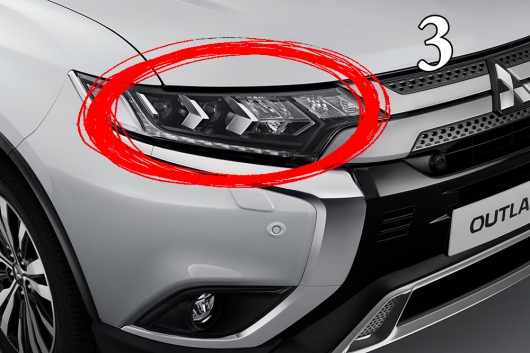 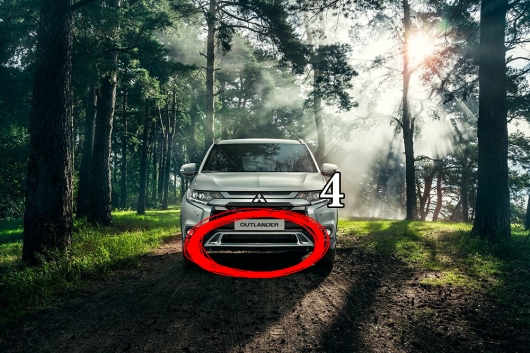 Another final change in the exterior front of the Outlander – chrome on the edges of the lower section complements a more sophisticated style “muzzle” of the SUV.

Side no change. Except that the 18 inch wheels of steel looks more strict. Figure No. 5 on the top photo.

Aft complements the appearance of a massive spoiler.

2. Work continues in the cabin

Here, too, improvements are ongoing in nature. Seat got a little more impressive lateral support: 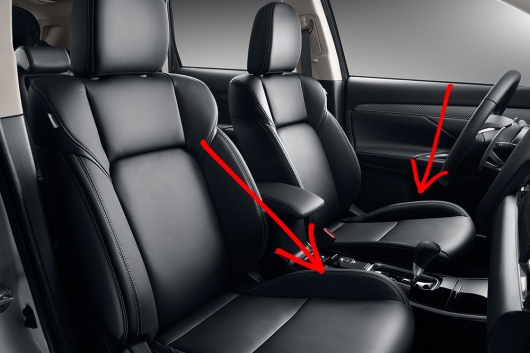 It is reported that now the buttons Windows are illuminated at full strength. Appeared at them and so-called “automatic mode” – squeezed the button on the window down, and it will fall to the end of itself (a surprising but its true that was not? The owners Outlander’s respond in the comments).

USB connectors are mounted in the lower part of the centre console and held up passengers of the second row.

In top trim, the liftgate is supplied by the drive.

3. Technical changes will affect handling but not for pickups

Outlander received a more powerful energy-absorbers. Steering received new settings. “Shumka” in critical areas was to pass less than sounds from the outside, and seals the fifth door became tighter fit to the body. The engine and transmission remained the same, alas.

4. The price tag on the updated Mitsubishi Outlander

For that price? She is a little older. 1639.000 rubles for the 2.0 liter version with monodrive to the front axle. 2.070.000 rubles for a model with the 2.4-liter engine and four-wheel drive transmission. The top variant will cost 2.4 million rubles. Wow – the popular SUV!

Specialists from Mitsubishi continue to twist his hurdy-gurdy. Model-nurse remained the same as before the upgrade. It is really so. I’m sure even the owner of the current version will not know what has changed in the style where look for changes in the technical part, what has changed in the handling… but the price revision will notice right away.

The overall verdict is this – if you own a Outlander 2015 model year, this update is not your option. If you have decided to take the crossover from Mitsubishi with other brands – try it! For you, the car really has improved.