Toyota has produced a hybrid RAV4 Hybrid for Europe 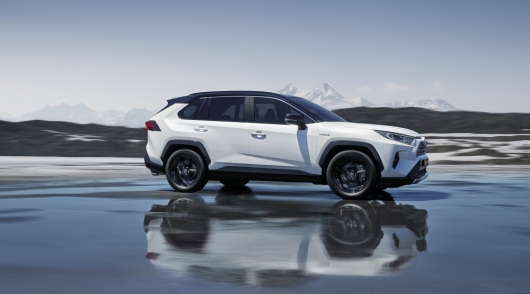 Toyota modestly celebrated the European premiere of the RAV4 at the Paris motor show, demonstrating the latest generation of its compact SUV after its world debut at the new York auto show earlier this year. Huge hype appearance is not caused, and could not call for obvious reasons, but as a reminder of their new Toyota seem to have done everything right.

Let us not and we repeat, what privileges received crossover, especially at the Paris Motor Show was presented close to us more than the European version. 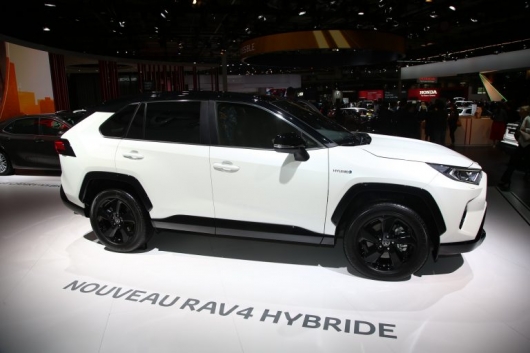 A new generation of “Rafiq” greatly benefits from built around the latest platform TNGA-K, including this makes it the first Toyota SUV, which uses this architecture.

Through architecture, TNGA, the center of gravity significantly decreased, the rigidity increased by 57 percent, and the weight distribution now corresponds almost sports the standard – 51 mass% front, 49% rear. Rear suspension had double wishbones which provide better ride quality both in terms of security and in terms of comfort, handling and better response to drive. 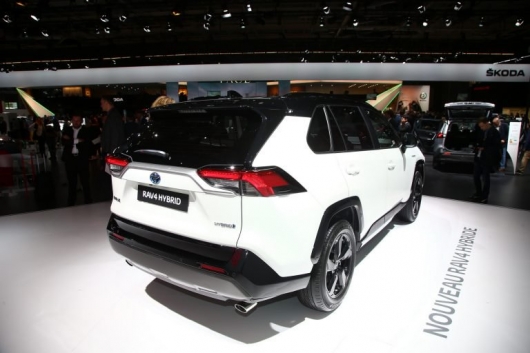 In the European version of the RAV4 will not be so many “bells and whistles”, as in the American model. All modestly, without frills. The model will be different sorts of electronic interesting, what we saw earlier in the United States. Even diesel will not! And this in Europe! But it will be useless hybrid. Why useless? You’ll learn the third fact about the popular crossover.

Third fact: No hybrids and diesel engines (for Russia) 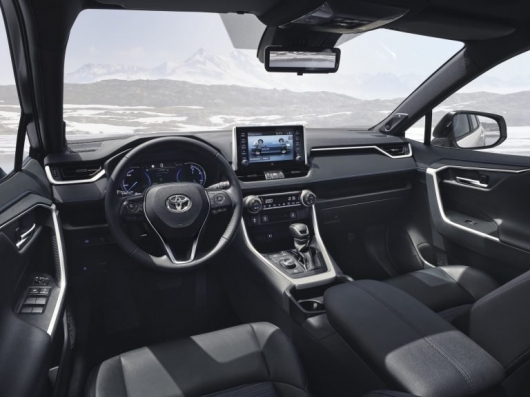 New Toyota RAV4 Hybrid is the new crossover with an electrified powertrain that combines a 2.5-liter gasoline engine with two electric motors. The combined power plant is estimated at 222 HP

The fourth generation of “self-loading” in hybrid powertrains has numerous improvements, including a power management unit and Nickel-metal-hydride batteries that are smaller (more compact) and lighter than before, and reduce electrical and mechanical losses.

The second engine in Europe – petrol classic. But! We, the citizens of Russia, from the fact that Toyota has shown a hybrid version, will be neither heat nor cold. In Russia this technology is not yet brought. Petrol models will certainly arrive, “green” hybrid yet. Okay, so be it, but that is bad – diesel engine (2.2 TD) is also out of line. It turns out that in Russia the new generation will only be petrol. At least soon after launch time. Here is a twist!

The fourth fact: the Drivetrain 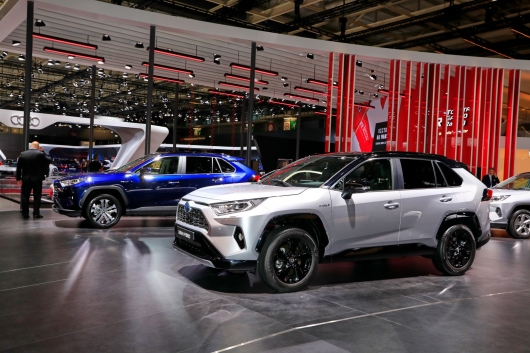 The old CVT gearbox (CVT) is still present in the lineup, but Toyota States that its work is improving, not going really into details. The hybrid version of the new Toyota RAV4 also gets a “much improved” electric all-wheel drive system.

The amount of torque that can be sent to the rear axle is also increased by 30 per cent, while torque between the front and rear axles can be distributed from 100:0 to 20:80, making the RAV4 a more capable off-road vehicle in different driving conditions.

By the way, the top “Rafiki” will get a transmission Dynamic Torque Vectoring AWD. This technology involves the installation at each of the rear wheels special couplings, which will be implemented using thrust vector control. In this mode monodrive (2WD) drive, sending torque back, will be able to disconnect by means of couplings to save energy and fuel.

Fifth fact: investing in the future of hybrid 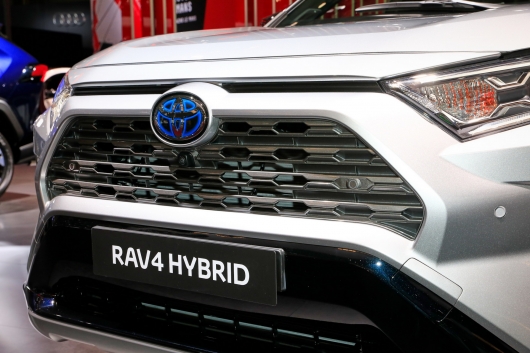 In Toyota hope that the new RAV4 Hybrid will continue the successful career of its predecessor, which accounted for 85 percent of total sales of the RAV4 in Western Europe. Customers in the region will also be offered 2.0-litre petrol version with manual or automatic transmission.

The 2.0-litre petrol version of the new RAV4 will be equipped with a mechanical all-wheel drive system, which models a variable speed transmission will have a torque vectoring on the rear axle (explanation above).

Sales in Europe will begin in winter/spring 2019. When the novelty will arrive to Russia? 2019, but will this spring/summer/autumn – is unknown.