Top 12 functions in the new Mercedes-Benz GLE, which you will not find in other premium”classmates”

The most technologically advanced car of the year Mercedes is not electric car, but the SUV GLE 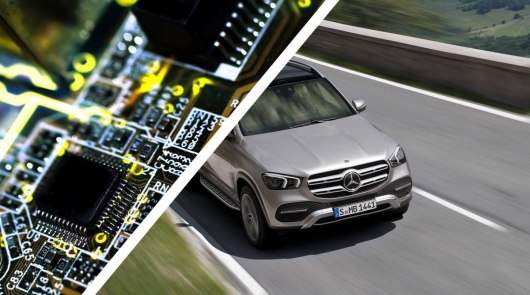 2020 Mercedes-Benz GLE 450 looks stunning novelty. Rather, it’s all quite predictable and trivial. The crossover looks like he’s got a regular redesign of the exterior and the manufacturer has calmed down. But actually under the metal “skin” crazy technologically advanced car that you have never seen in reality, even if equipped with internal combustion engines. A short test drive showed all the advantages and nuances of the model. Let’s look at them.

He is full of surprises, this SUV GLE 450. You are doing 100 km/h on automatic cruise control, but suddenly in front of you POPs up a limit sign of 80 km/h, and in the distance is the ban on the movement of more than 60 km/h. You need to do in order not to violate, all of you will make the car slowed down to the appropriate speed and not a kilometer above.

Are you tired of the display, but I don’t know what menu it turns off? Just say, “Hey, Mercedes, turn off the display!”. And it will immediately disappear. And after you score a navigation system of the desired destination, at the entrance to the first turn, the screen switches to a live broadcast from the camera with virtual been for the helping hand of a turn, hovering above the road like you play released into circulation toy “Pokemon Go”…

And this is only a small part of all the bells and whistles crossover. And what his suspension… suspension is just crazy high-tech!

Let’s look at a list of at least 10, no 12 technology, which has GLE and of which there are almost no other SUV even similar class. And this is all assuming that we won’t mention such “trifles” as the ability to control the “pattern” dispersion of heat in the heated front seats or what the crossover is equipped with some of the coolest headlights in the segment, which gives, according to Benz, “the maximum intensity permitted by law”, and smart system, with almost a virtual mind capable not only to read the selected volume “War and peace”, but even to adjust the interior light to adjust the intensity of the massage seat according to your level of stress. Seriously.

Most people don’t read the instruction manual of the car, but in vain. For example, before using the GLE 450 we would recommend you to sign up for a course on how to use all the features the GLE 450.

Top 12 features on the crossover GLE, which you will not find in other premium the”classmates”: 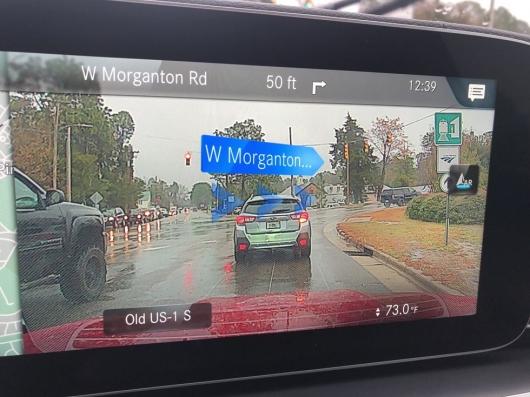 Probably, the navigation on the car has never been easier than on the GLE 450. Moreover, the navigation system operates smoothly and without glitches, so it is also provided with the function of augmented reality, which makes the road wherever it’s the simplest thing in the world.

The “brains” GLE switch to active the front camera, put on the online image of the desired arrows with signatures, and getting lost will be impossible for even the most narrow-minded person. Turn right, turn left, right, that’s it! 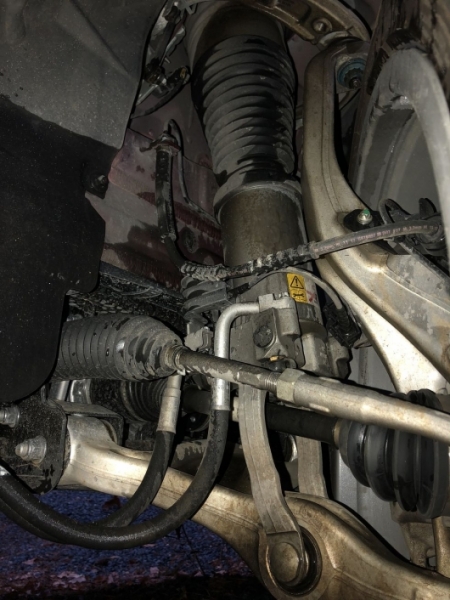 Yes, it is hose. But they not make of the Mercedes lowrider… 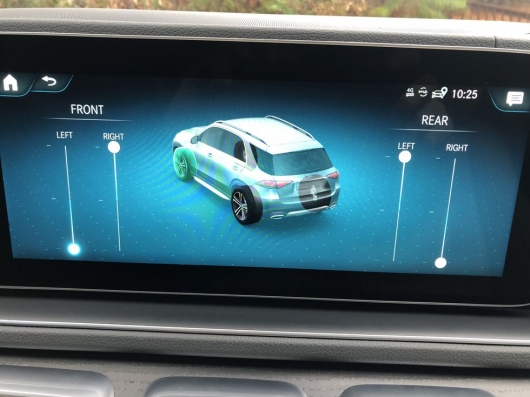 Setting the softness of the springs and damping speed can be individually controlled at each wheel, that is, “on the fly”. A stereo camera, a part of a system called “Road Surface Scan” that is constantly looking forward and “reads” the road, so the suspension knows what obstacle is next, and electronics give a signal to tune the suspension.

Thus, the drive performance becomes supernaturally smooth. According to many journalists have already experienced Mercedes in combat, at the moment it is the most comfortable and smooth in driving a car that you can buy on the market.

The same can be said about the handling – she’s the best in its class. Simply due to the fact that an active system does not have a standard compromise dictated by outdated technology solutions. For example, you will have no problems with the stabilizer bars. Do you know why? They simply do not in this car! All stabilization and work with the rolls occurs on the electro-hydraulic level and it is even a bit confusing due to the incredible efficiency of the systems.

For example, the GLE 450 literally smooths corners, leveling rolls in the mode “Curve”. Someone can really make your head spin from such a roller coaster. The fact that your inner ear expects the car when cornering to lean out, so when he leans like a skier, turn, your vestibular system starts to resent.

But the main feature of the system associated with the vehicle to travel out of the mud. If you get stuck in sand or mud, the GLE may rock himself! Here is a description of this functionality, which we’ve previously reported:

Vraskachku: the new Mercedes GLE got the “smart” suspension of all

See how the new system works Mercedes, which helps the SUV to go out of the sand

Or, for example, you, being in the off-road, in dire need of additional millimeters of clearance in the center of one of the wheels. Not a problem! You can manually raise or lower the suspension of each wheel individually. Isn’t that the story?

Inline six-cylinder engine with an electric motor to help

The GLE 450 is one of the first cars in the brand lineup, which has become “home” for the new 3.0-litre six-cylinder engines from Mercedes-Benz. In this particular case the output is 362 horsepower. But that’s not all! Inline six-cylinder motor uses a 48-volt system and a small electric motor (21 horsepower) to add torque and power numerous electronics.

Thanks to the 48-volt electronics, the engine got rid of the accessory belts from the front (water pump and air conditioning compressor electrical here), becoming more compact. The system can even obtain energy from the compression of the suspension. 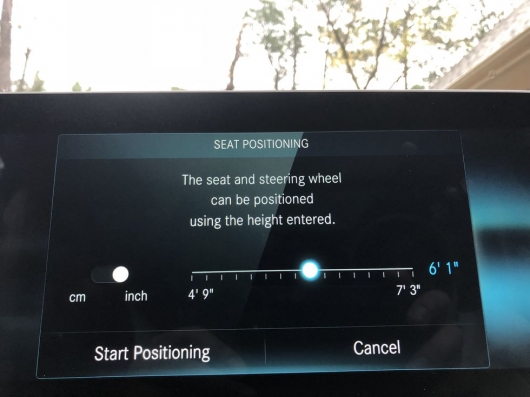 And it works! To a large extent. If you want to “finely” adjust a comfortable position behind the wheel, you just will achieve. Zen… 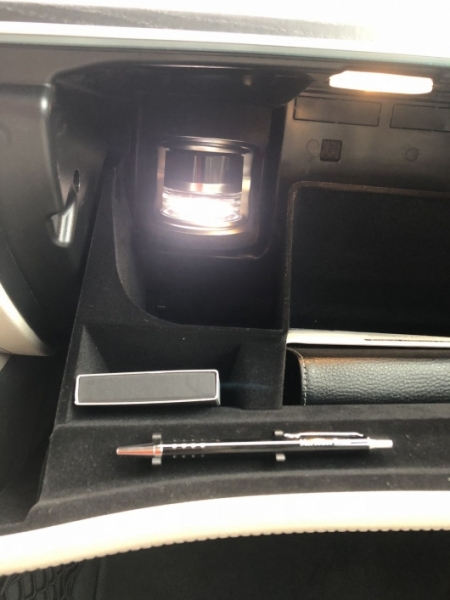 Another trademark, which, though found in vehicles from other manufacturers, but Mercedes brings it almost to perfection. We mean the fragrance salon. The selection of aromas in the mood, a pleasant, not cloying bouquet of scents will add to the atmosphere and allow you to relax or, conversely, to cheer up when necessary. 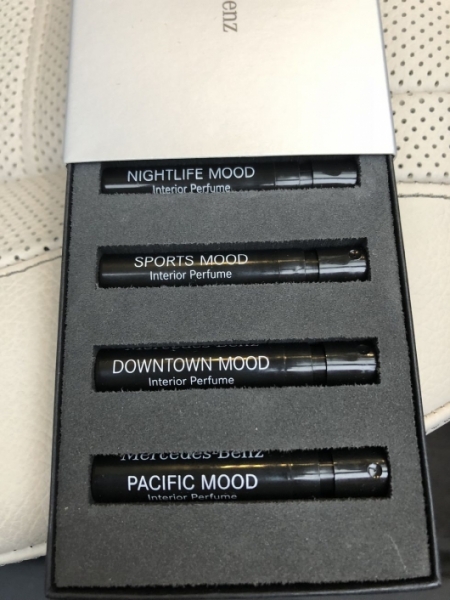 And even here there are many settings you can adjust the intensity of fragrance in or turn the system off if you don’t have the mood to smell the forest freshness and sea breeze.

White gloves and a green safety vest for bus replacement 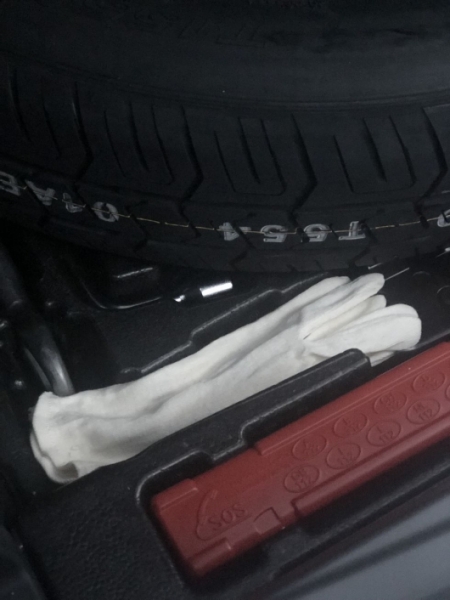 You talk to him and he listens

Mercedes has its own version of Siri, or Alexa, and it works. When you want to shut down huge HD display and you will not know how to do it using the buttons on the console, just tell the machine: “Hey, Mercedes, turn off the display!”. And he will repay. Nice. 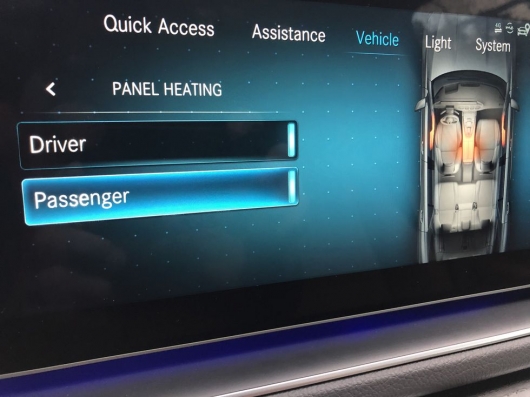 If you think Parking in the former ML is only installed in the seats, then you are wrong. The filament is laid in addition to a helm, also in the armrest and side door card. Will not freeze in winter!

Charging for the back 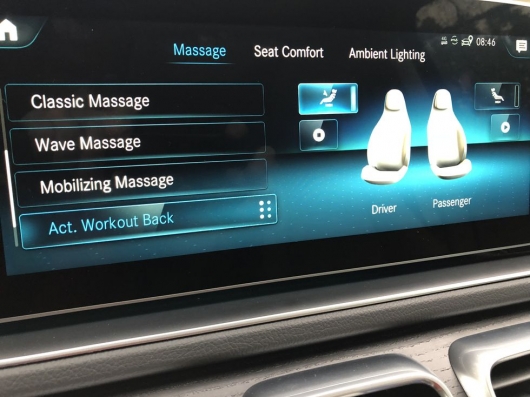 Also, if in the long journey you get tired, you can always turn on the massage function, rather comfortable. The slow movement of the seat cushions under you gives you relaxation. A function of “Seat kinetic” slowly changes the shape of the seat while you drive so you are not too long in one position. The muscles have time to relax. Or, on the contrary, you can challenge the seat, starting the training. In this case, the seat will start to cuddle up to, say, your right shoulder, and you must resist its movement. This is your mobile trainer, Hans.

Not only ambient lighting creates a special charm 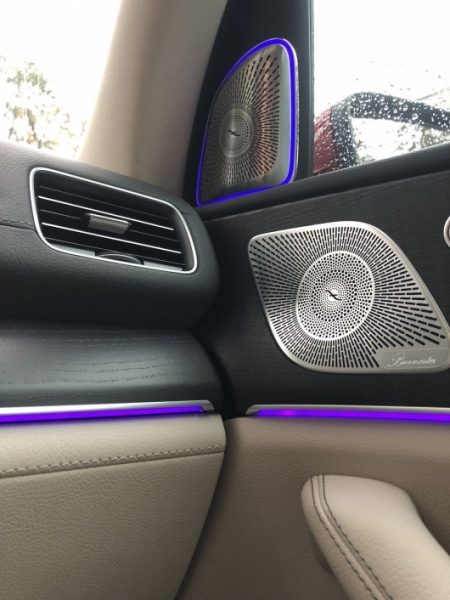 Yes, the club GLE smells fresh and looks stunningly beautiful. Lumiere you will be provided.

He knows the speed limit and adjust it accordingly

The transition between zones speed limits GLE slows down the machine, so as not to exceed the limit. Of course, you can accelerate and exceed the speed limit, but the penalty came to you in the mail, will be exclusively yours. The crossover you’ve been warned.

In General, a convenient feature that can save you from radar.

It has lots of USB ports (USB-C, anyway)

Ports USB-C is the future. Definitely! A lot of them here. Very much! But what if you don’t have the cable at hand? There is no problem. You can work around the wires of wireless charging in the tray of the Central tunnel and the Bluetooth connection to the infotainment system.

Luxury cars should be ahead on technology, but this is not always the case. However, the GLE 450 definitely managed to do the impossible. Despite this crossover, we look to the future. Whether it is all-electric, it could be called by the 2025 model year. But while the focus on 2020.