This secret jeep didn’t even specialists

As special paint on the hood of the jeep “jeep” preserve the lives of soldiers? 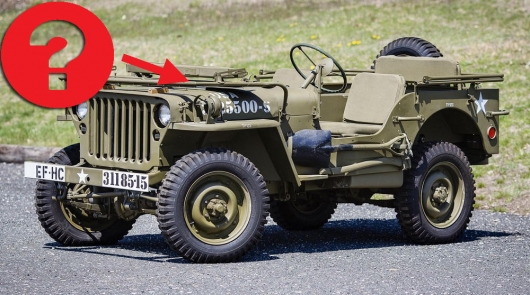 The legendary jeep Willys original design, which, in particular, our grandfathers liberated the Fatherland in difficult times – early to mid 40’s years old and have visited almost all the climatic zones: temperate, subtropical, Equatorial and even, perhaps, except the far North, it turns out, has not disclosed all its secrets. And it’s very interesting.

If you have ever seen the picture of the jeep during the Second world war for the US army, then you should see the familiar colors on the hood. A white circle with a prisoner in it by white star, which is printed on the brownish paint. No one will cause problems the fact why he had used that paint in this place and exactly. Breech aesthetics of the war years. However, this made more sense: paint defended the soldiers, and here is how.

Surprisingly, the purpose of paint was to protect from attacks with chemical weapons. The paint is called “M5 liquid vesicant detector paint”, what in Russian is called as “flat paint to drip liquid chemical agent blister action.” That is, at its core, the brown paint was a kind of litmus test that could show if there are any bad contaminants in the air. 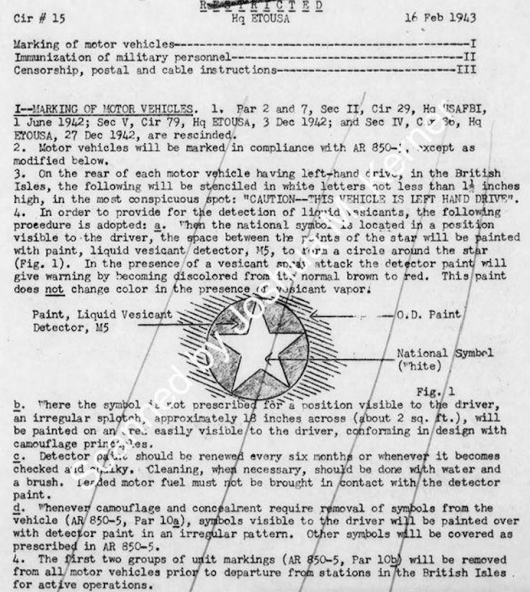 According reenactors equipment of the Second world war from the USA, you can see that this paint was in fact standardized for the European theatre of operations before the operation of the allied forces in 1944. Here is the document in English, dated 1943, which was found in the National archives of the United States and describing how the paint is and how it should be applied in the combined use of the white star, earlier approved as a “National symbol of all motor vehicles assigned to tactical units”, which is reflected in the document of the war Department 1942 AR 805-5.

Excerpts from the document:

“To ensure the detection of liquid vesicants (drip-liquid S blister action) adopted the following procedure, – stated in the document of the European theater of operations. In the situation in which a national symbol can see the driver, the space between the tips of the star will be painted with liquid detector vesicant, M5, forming a circle around the star”.

“When spraying vesicant – continues to reveal a secret jeep a document – paint detector will warn the driver by changing color from normal brown to red.” In this case, that indication will not work if the poison will be applied in gaseous form.

The document further explains that if the star symbol is not visible, on the site, which the driver can see should be painted (duplicated) the “stain” of the same paint and that the paint should be updated twice a year or “whenever it will crack and blackness”. In addition, the paint should schematise brush and water and should be kept away from leaded fuel. 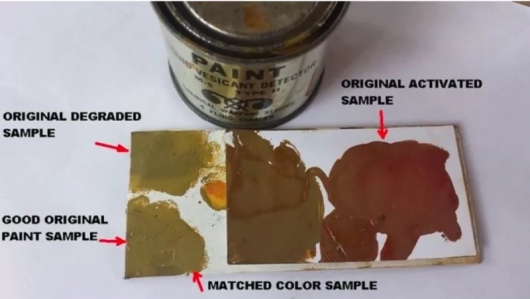 It is not surprising that this painting was intended for the European theater of war, where the Americans for a long time did not go, because Germany was known to use chemical weapons during the First world war. Including against Russia. Some of the most famous cases of chemical warfare agents by the Germans against our country happened in 1915 at the battle of Bolimov (applied tear gas) and 6 August of the same year, when against the defenders of the Russian fortress of Osowiec (226 regiment Zemlyansky) soldiers of the German Empire, chlorine gas was used. The desired result the Germans failed to achieve – we had a heroic counterattack, pushing the enemy from an important strategic site.

The Americans have developed a special paint? No – the Germans! 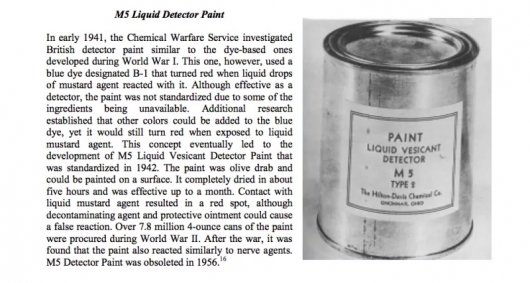 In fact, according to the article, written by a soldier of the U.S. army, serving in the bio – chemical troops, U.S. researchers during the First world war “developed” paint dye linseed oil and “du Pont lacquer/enamel paint based on linseed oil” by copying German design, which covered the tanks with mustard gas for leak detection. 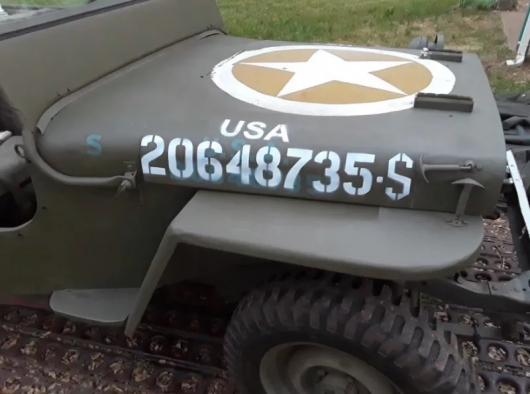 “At the same time, it is unlikely that the paint really helped to save the lives of soldiers during the Second world war because the Nazis are known to have used chemical weapons, mostly in concentration camps, not on the battlefields. However, given the widespread use of gas by the Germans during the previous war, not meaningless version is that it was a necessary and practical precaution” – says an American journalist who unearthed the secret Willis.

According to the document, paint the prototype was transformed from a dirty yellow to brown – red for four seconds upon contact with mustard agent (mustard gas), but the study wasn’t carried out until the end. 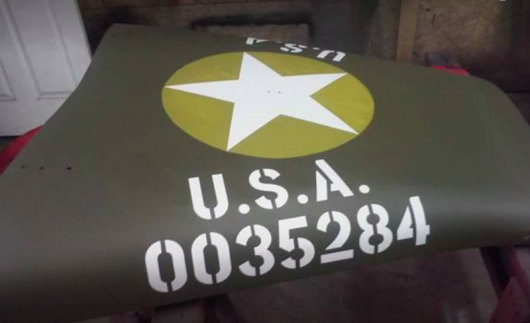 By the end of the Second world Americans produced 7.8 million chetyrehvetvevym paint cans (original cans available for purchase on eBay). 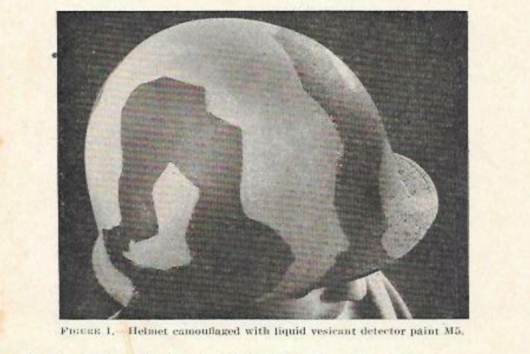 M5 paint applied to the helmet