This could not be done to anyone except Top Gear: the submarine Lotus Esprit

In 2012, Top Gear could make the world’s only submarine from Lotus in the style of James bond

Submarine “Lotus” Agent 007 from the program Top Gear, where Richard Hammond was lit in one of the series, was apparently much better than Roger Moore, because she’s at least (sort of) worked.

In 1977 the production company, Eon Productions, who was a producer of the series “James bond”, built “Wet Nellie” for 100.000 $. It was a stylized submarine, collected on the basis of the Lotus Esprit. Today, movie props in the garage of Elon. Cars for the filming used as many as six. To create a picture involved two real car and six dummies, which really was immersed in the waters near the Bahamas. They were developed by a film legend, a German designer who worked on the film – Ken Adam. 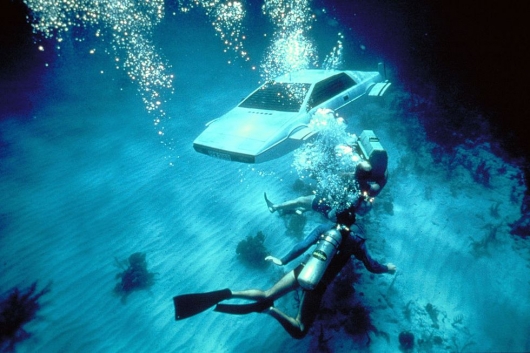 The only motorized Lotus of the flotilla, at the very least went in a submerged position under the control of a retired Navy seal US Navy don Griffin, while dummies were used for shooting close-UPS.

Interestingly, Elon musk also failed to develop its Esprit purchased them for 997.000 $ in the real ship. The car was not only sealed, but couldn’t even dive. However, in the world there is another crew who had taken over the case and won the main prize – the recognition of the fans, because their underwater car in James bond was able to swim. Managed an incredible team of Top Gear in 2012. 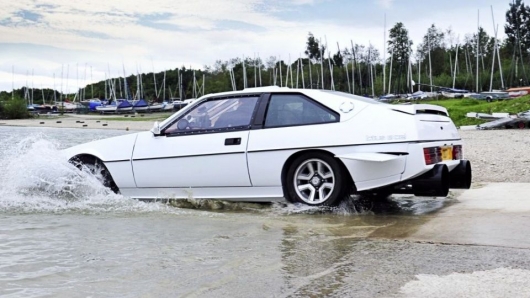 Using front-engined model of the Lotus Excel, instead of the classic mid-engined Esprit S1, the producers of Top Gear have created a submarine that was sufficiently prepared to withstand a few minutes of underwater photography.

They replaced glass in Windows, aircraft plastic, fully sealed body with several layers of fiberglass, filled the tires with concrete for ballast and even handed Hammond the sonar. Submarine Top Gear Lotus also had fully functional electric motors and retractable underwater wings for control. Let us remember as it was long already in 2012, when three leading witty and Stig still shone on the screens around the world.