These 20 brands of vehicles for over 100 years

The oldest car brands in the world, it is more than 100 years 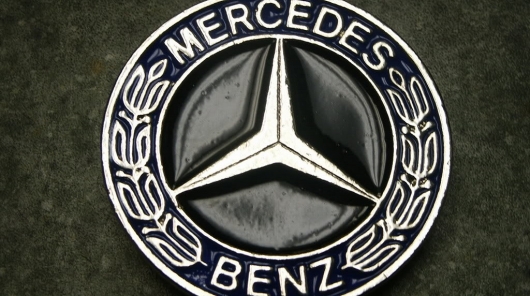 2.500 years of tradition from Alfa Romeo to Tatra…

The history of automobile brands is similar to the development of States, it is characterized by periods of growth and decline in activity. At different periods in automotive history, a little more than a hundred years have come and gone hundreds of brands, and strive to 1.000. Alas, not all, even good companies, for which at the time predicted a great future, managed to survive until our times. Ruthless competition continues in the twenty-first century. Take, for example, published today of a “shocking forecast” Saxo Bank. So, according to Swedish analysts, in 2019 there is a small chance that the company Tesla will cease to exist. It will absorb another American technogiant – Apple, having at its disposal all the new technology and considerable piece originated a new market of electric cars. Accumulated on sales of phones and tablets of 237 billion dollars, lying in the bins of the company will fall to development.

But there are companies out still alive, for whom the cake you can put 100 candles. 20 world famous in our top. 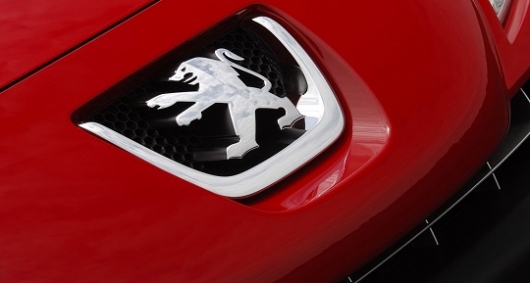 Peugeot started its activity in 1810 with the production of coffee grinders. Then, the business has expanded to the Peugeot salt industry and production of pepper, then mastered the production of more sophisticated technology, a diversified manufacturer switched to the bikes and off we go. In 1896 Armand Peugeot founded the “Société Anonyme des Automobiles Peugeot”. This automotive firm still exists, and at the end of the XIX century began its unstoppable rise.

In the 70-ies of XX century, Peugeot has grown so much that started buying other manufacturers: Citroën, the European division of Chrysler, Opel… However, cost is not without problems, the PSA group was on the verge of bankruptcy and was saved from collapse only in 2014. 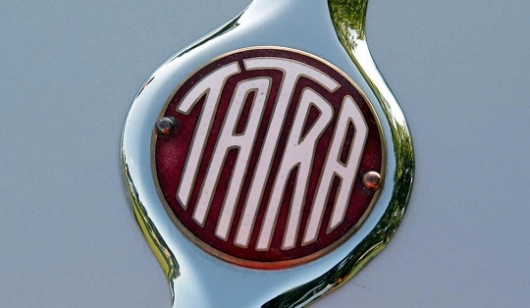 Tatra is not the only mountains in Slovakia, but the Czech company producing cars.

In 1850, Tatra started production of carts and carriages for horse-drawn in 1882 started the production of more solid rolling stock – rail cars. In 1897, Tatra produced its first car. The experience was a success and since then more than 120 years makes Tatra vehicles.

However it should be clarified that in 1999, the Tatra turned to the production of passenger cars, however, civil and military trucks are still in production and even participate in Rally “Dakar”. 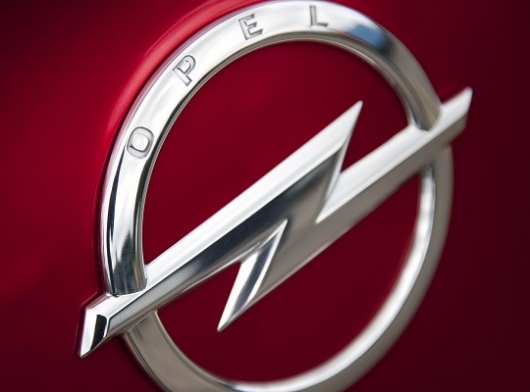 Adam Opel founded his company Rüsselsheim on 21 January 1862. It started with sewing machines, but soon got into the Bicycle business. In 1899, his sons founded the “Opel Automobile GmbH”. In 1929, Opel became part of General Motors.

Depending on the market model Opel sold under international brands: Vauxhall (UK), Holden (Australia), Chevrolet (Latin America) or Saturn (North America). In 2017 Opel was absorbed by the PSA group. 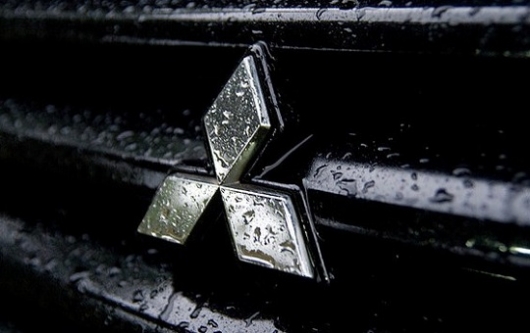 Conglomerate Mitsubishi (Japanese “mitsu” and “hishi” which means “three diamonds”) was founded in 1870. The origins lay in the foundry and in the shipping industry, later assets were added mining and banking. Until 1945, the conglomerate had grown to more than 200 companies.

As the automaker Mitsubishi debuted in 1917 with the start of production models Mitsubishi Model A – copy of the Ford T.

With 2016 Mitsubishi Motors controlled by Renault-Nissan. 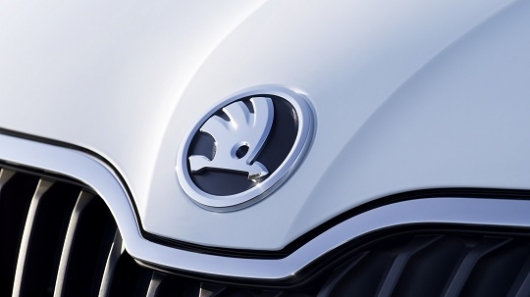 Two avid cyclist, Teskey named Wenceslas, was one of the originators of the brand Skoda. Their names were Laurin and Klement. In 1895 two young men founded a bike company “Laurin & Klement”. Soon in mladá Boleslav was founded by a small factory. After short experiments with motorcycles both Vaclav finally passed in the automotive industry, creating in 1905 the first model, Voiturette (Type A).

In 1991 Skoda was quickly taken over Volkswagen, which has long been her sharpened teeth. 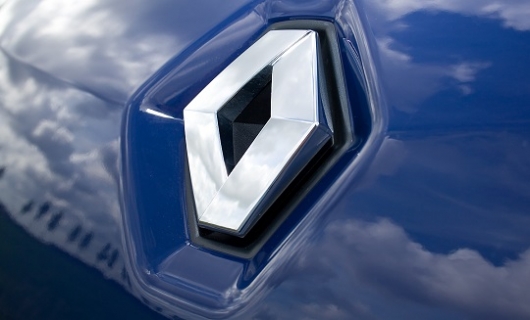 The official history of Renault began in 1899 with the founding of “company” under the name “Société Renault Frères”. Founders were brothers: Louis, Marcel and Fernand Renault. A more romantic version of the birth of the company, takes us back to Christmas Eve, 1898. While Louis rode through the streets of Paris hand-assembled in a smoky car. While riding – got 12 orders from goggles Nouveau riche. On the same day the model received its own name – Modell A.

After the early death of his two brothers, Louie managed the business alone. When he died (he was most likely murdered because of suspected collaboration with the Nazis) in 1944, Renault became a public company, in other words it simply nationalized. Today Renault is part of Renault-Nissan-Mitsubishi, which also includes the following brands: Infiniti, Renault Samsung Motors, Dacia and Lada. 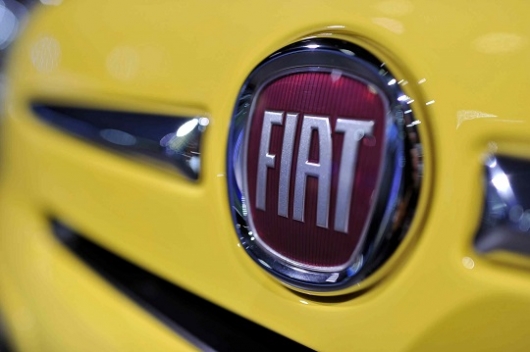 “Fabbrica Italiana Automobili Torino” (“Italian automobile factory of Turin”) was founded in 1899. It was established by nine people. Alas, all their names were forgotten, except for one founder, Giovanni Agnelli senior. The capacity of the first model, the Fiat was just 3 1/2 HP and it was built in a limited edition. He said the lack of experience. In mass production, Fiat came in 1912, with the launch of small cars called Zero (later renamed the Voiturette).

But today life brand associated with the Fiat 500, a model which appeared already in 1936 as a miniature coupe. The car had not only funny looks, but it’s a funny name, very subtly observed his appearance Topolino (the little Mouse).

Its successor, the Nuova 500, introduced in 1957 after 50 years in production went great-grandson of the Fiat 500 with different mixture of retro design and modern technology. Do not forget Fiat model 124* – the prototype and the prototype of the VAZ-2101. 124-th model also made a Fiat.

After the acquisition of 100% shares of Chrysler, Fiat SpA, was reborn in the current FCA Corporation with headquarters in the Netherlands. 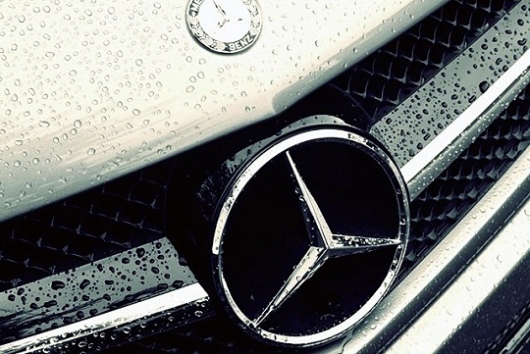 Mercedes-Benz as a brand was founded in 1926 by merger of two halves – Benz and Daimler, but the origins and development of go to much more distant past. The brand dates to the company’s “Benz Patent Motor Car”, founded by Karl Benz in 1886 and “Daimler Motoren Gesellschaft” (“Daimler-Motor-Gesellschaft”), which existed between 1890 and 1926. Wonder what to sell the cars the company “Daimler Motoren” under the brand name Daimler-Mercedes began before the official unification in 1900. 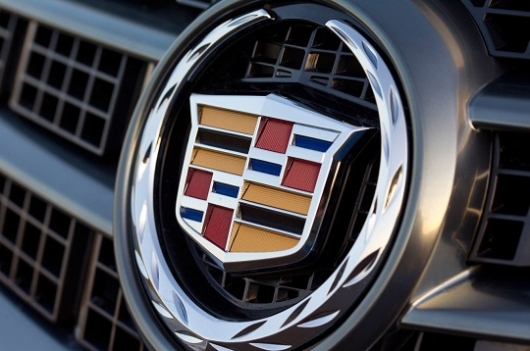 American manufacturer Cadillac was founded in 1902. The name comes from the surname of the founder of Detroit: Antoine de lamothe Loma de Cadillaca. Since 1910-ies the company is owned by General Motors. At the same time, paradoxically, the company was also founded by Henry Ford and Henry Leland as a manufacturer of luxury cars “Detroit Automobile Company”. But in 1909, Ford sold the company to GM. Not always powerful patrons able to hold in their hands the important brands.

Between the world wars Cadillac got superiority over other brands such as Chevrolet and Buick. The brand survived the Great depression and was a great success in the 1950-ies and 1960-ies. The company is still actively doing business in the U.S., Canada and Mexico. Sold new ATS and CTS also in Europe, though less successfully. 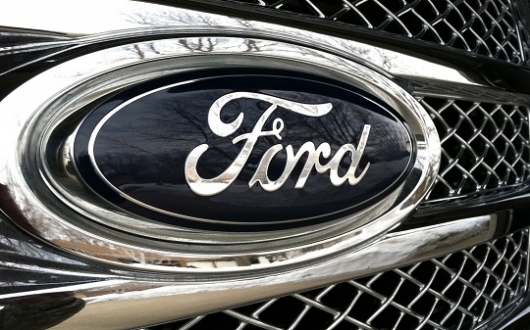 Ford Motor Company was founded in 1903. This was the second company, the Henry Ford (after the “Detroit Automobile Company”). The first models were alphabetically marked letters. In 1908, began production of the famous Model T, which the people received the name Tin Lizzy. First, the Assembly was carried out manually and for five years designed production Assembly line. In 1913 was launched the conveyor.

Until now, the headquarters is close to Detroit (in Dearborn). The Ford family almost always been at the forefront of company management. 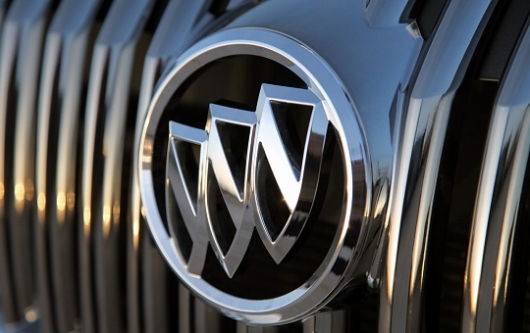 Buick was founded in 1903 by a gentleman named David Dunbar Buick in Michigan. In 1904 the company was “captured” by a certain William Durant, who founded General Motors in 1909. Since then, the Buick belongs to the group GM. 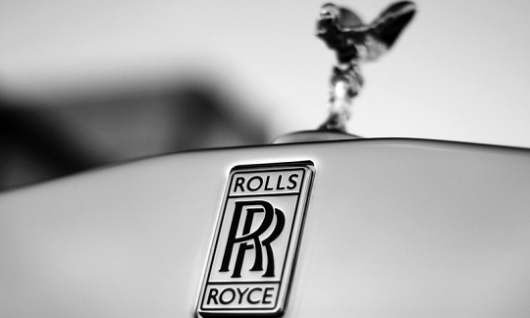 One of the most prestigious car brands was created in 1906 by the merger of Henry Royce and Charles Stewart Rolls. In the same year model “Silver Ghost” was presented at the motor show, Olympia in London, she made the brand famous. 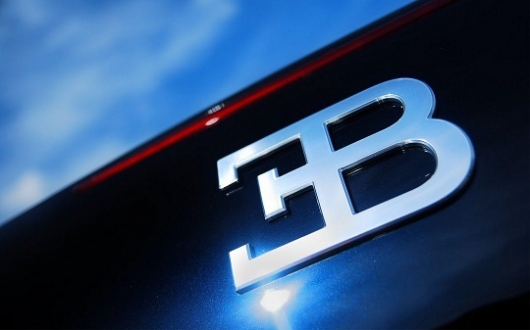 The Bugatti brand was officially founded in the city of Maisema (France) in 1909, although Ettore Bugatti developed his first car in 1908 and it was a Bugatti Type 10. 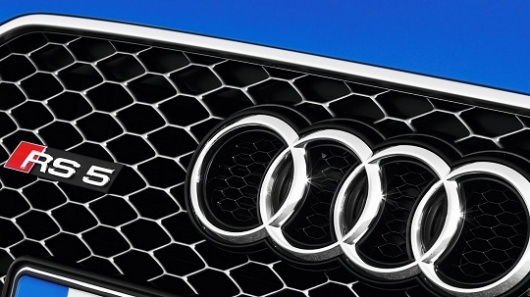 Anyone who has studied Latin, knows the origin of the name Audi. This word means “to hear” or “listen.” The brand’s founder August Horch used the Latin form of its name when you create a new company in 1909. Earlier, he left his first car company, “August Horch & Co.”, due to disagreements with the Finance Director. 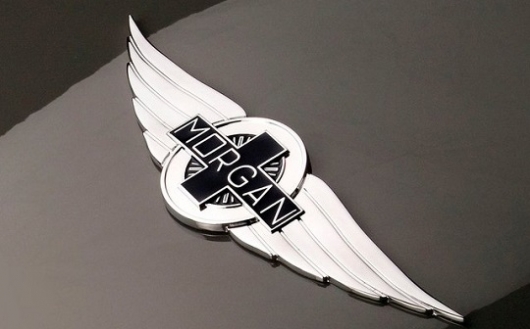 “Morgan Motor company” was founded in 1909 by the British Harry Frederick Stanley Morgan. Since its inception, the brand uses load-bearing part of the body of the car is made of wooden frames, and has a very special status in the industry. In addition, the car Morgan 4/4, was introduced in 1936, is considered the longest-running production cars remaining more or less unchanged to the present time. 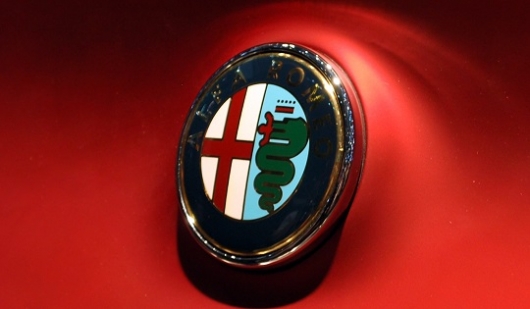 Alfa Romeo was founded in 1910 in Milan as “Anonima Lombarda Fabbrica Automobili” (ALFA). The logo of the brand consists of the red cross on a white background (the coat of arms of Milan) and snake on a blue background (heraldic symbol of the powerful Milanese Visconti family).

The name “Alfa Romeo” appeared during the first world war, after ALFA merged with the “Società Anonima Ing.Nicola Romeo e Co.”. However, the company was soon nationalized. Only in the 80 years of the automaker were re-privatized and went to the Fiat Group. 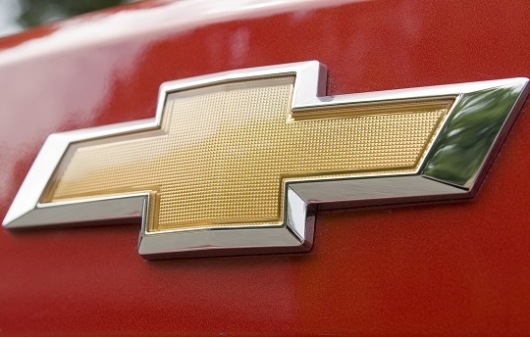 Near Cadillac and Buick is the third pillar of General Motors, which has more than 100 years: Chevrolet. Founded in 1911 by Louis Chevrolet and William Durant, the company still has its head office in Detroit. Chevy is the most sold brand of the 20th century. 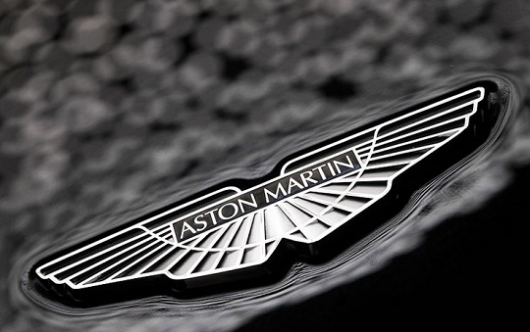 The British company Aston Martin was born in 1913 as “Bamford & Martin Ltd.”. The founders were Robert Bamford and Lionel Martin. The company name was changed in 1914, Aston Martin. Reason: Lionel Martin won on one of their machines competition “Aston Hill Climb”. 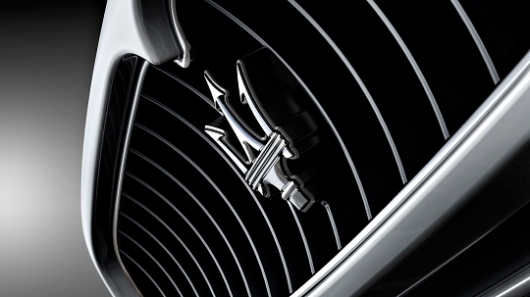 Alfieri Maserati founded in Bologna in 1914 and taken as its mascot the Trident of the statue of Neptune that adorns the Piazza Maggiore in the Northern Italian city of Bologna. Always focusing on luxury and sportiness, the Maserati “got to handle” in the 60-ies and since the economic disaster was captured by Citroën. 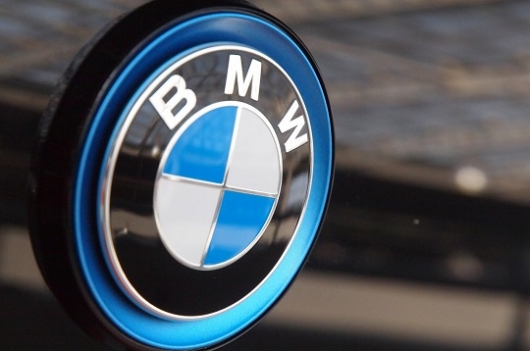 Founding date of BMW – March 7, 1916. At that time, however, was not based producer of “Bayerische Motoren Werke”, but “Bayerische Flugzeug-Werke” (BFW), as the company was engaged in the production of aircraft engines. Hence all the well-known emblem of the propeller, which appeared in 1929.

The familiar name “BMW” instead of the vague “BFW” (sounds like a modern Chinese manufacturer) was finally introduced in 1922. But technically BMW will celebrate in the early spring of 2019 its 103 years. Happy birthday, BFW BMW!