How does the autopilot Tesla and why he is the best 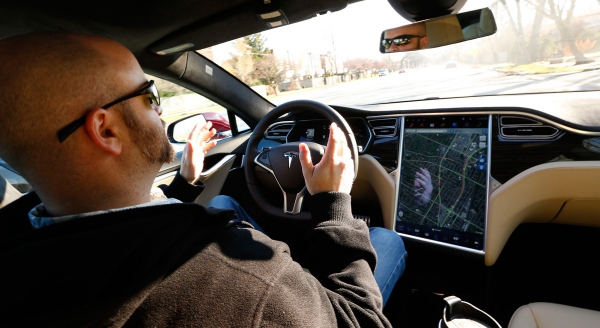 Autonomous vehicles now do not call something fantastic. We all witnessed a real revolution in the world of automated cars, and Tesla, at this stage, is the brand that is closest to the final objective.

While Mercedes-Benz and other automakers are experimenting with Autonomous vehicles since the 1980s, it suddenly appeared a startup Tesla, became the first automotive manufacturer that has made commercially available system most closely approached the realization of dreams of millions of dreamers of the past that will allow cars to drive on their own, even without the need for the driver to keep hands on the wheel.

For example, in advanced models of Mercedes-Benz with a similar system to the person behind the wheel has to keep hands on the wheel at the time when this function is enabled, in case of unforeseen circumstances. Tesla as we see went further, made the dream a reality… and almost immediately departed on a step back.

Though initially Autonomous system Tesla didn’t need it, the company had to introduce a rule to a standard position in the driver’s seat, hands on the steering wheel. The retreat the engineers had to do because of the bullies behind the wheel, did all sorts of things, including this feature on the Model S, he made a mess on video and posted their antics on the Internet. 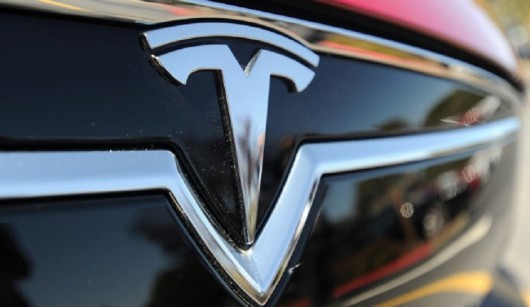 Feature became available for the first time in October 2015, and was integrated in version software update Tesla number 7.0. The autopilot feature was aimed at the improvement of existing semi-Autonomous capabilities of the Model S.

Lightning-fast transition from initial level to advanced due to the fact that the car originally had a wide range of standardized sensors and equipment on Board. The main part of the bodies was controlled by electronics, so it was much easier to adapt the system to the management computer. As in the aviation industry, every system is duplicated so that the autopilot of the car is very reliable scheme, which practically can’t refuse. Most likely the strategy of duplication in the future will be used by each automaker is creating Autonomous vehicles.

While Tesla cannot completely exclude the presence of a person behind the wheel, but Elon Musk has big plans for developing the system. Approved even that takes a little time to be made version of the car able to drive from one American coast to another and even to recharge on the road. 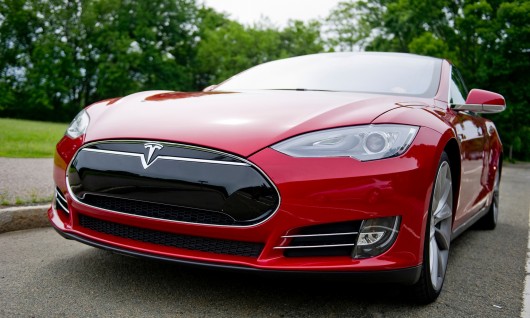 Now Model S or X can independently (without participation of the driver and even his presence in the car) to move to the maximum distance of 12 meters. Function suitable for more Parking action. Major plus, just you don’t need to sit behind the wheel. The function “Call” looks spectacular and impressive, a few years ago slopequest the car looked so unbelievably cool that this action is simply breathtaking. Automakers tried to advertise a new piece of their avant-garde models, shooting videos, doing commercials, dozens of commercials were made to promote this strange technology. Tesla went the other way, modestly making the best piece of technology and just starting to produce their slopequest new items. The affectionate owners do not have to wait long, independently made dozens of videos, making free advertising innovative the Tesla world.

What can function Autopilot

Any of the Tesla models on which the Autopilot can stay within your lane, moving autonomously on the road, avoid collision by braking and driving, find a Parking place and Park your car, adjust your speed depending on traffic conditions, including to stop the vehicle and to adjust the request of the driver, just turn on the Blinker. The uniqueness of Tesla is that she can already do all this set of features, while some cars on the market can do only certain things from the list.

Another really smart thing in the autopilot system is its learning function. Each model is equipped with an excellent autopilot system feedback in real time to the cloud Tesla, by doing so, the company constantly improves the system and improves the behavior of each machine. Other brands do not have this important link in their cars with semi-Autonomous capabilities.

A Tesla model with the function for $2.500 can also perform perpendicular Parking by yourself, and not just parallel Parking, software update 7.1 Tesla has improved the ability of car to regulate the speed of cornering, improving the capability to overcome the curves and their perception of the system.

The limitations of the autopilot feature Tesla 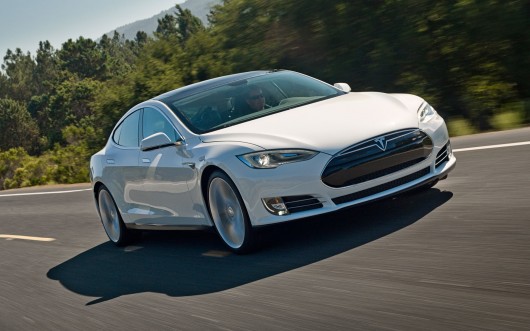 If the vehicle is in a residential area in which there is no marking of the centerline, the system will not be able to exceed the set speed by more than five mph (8 km/h). Such are the demands of security. The car also may decide to drive slower if conditions require it. Why Tesla recommends the use of the autopilot on the highway. However, users on own example showed that he can be a good idea to work on country roads. Although Autonomous driving mode for two-lane roads – one of the limitations of the autopilot feature is known at the moment.

Another limitation imposed upon the use of the autopilot Tesla after upgrade 7.1, is that the driver now has to keep hands on the wheel when the system is on. This was done to prevent the unsafe behavior of the owners behind the wheel, which was the place to be after the first release of autopilot 7.0. Some people on the joys of technical progress behave while driving on autopilot is not quite adequately, was sitting in a car riding in the back seat, others read books or engaged in other unsafe things. As they say, without comments.

The function “Call” was unique in the automotive world until recently, but with the arrival of the BMW with the optional package-mounted model G11/G12, but everything has changed. Now prestige sedan BMW you can Park with the touch of a remote control. In the case of the Tesla system, the drivers used their mobile phone to call a car from the Parking lot or Vice versa, put her back in the garage.

According to testimony compiled by the California company information, Tesla advises owners when using the autopilot system to drive in the middle lane on the highway. The decision will help in that case, if the markup is not visible or on the road, difficult weather conditions and the vehicle will require the driver to take control. Since the driver is obliged to keep at least one hand on the steering wheel, the human intervention will be immediate and dangerous situation can be avoided.

How does the autopilot feature on the cars Tesla 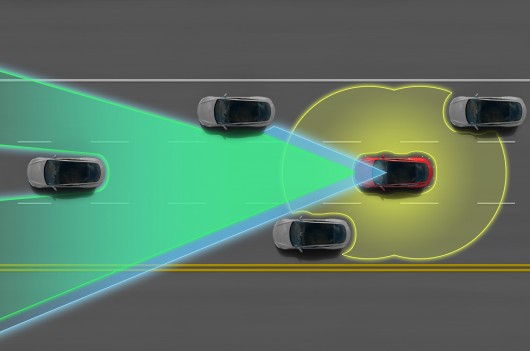 Tesla Model S has 12 ultrasonic sensors long range around the car in order to “probe” of what is happening around in the range up to 4.8 meters in any direction and at any speed. This model also has front radar, front camera, precision GPS, and the system that processes all data from the specified device for forming a virtual image of the road and situation ahead. Since the car has a fully digital instrument cluster, the latter is able to display what the vehicle “sees” in real time.

Thanks to the self-study, each Tesla with the autopilot system the automaker informs in real time about problems that it gives the opportunity to correct any errors as soon as possible and even proactively to remove potential errors before the other cars, and users will feel “malaise.” No automaker in the world did not realize the work is so thoughtful, as was done in Autonomous or semi-Autonomous vehicles from Tesla. Except that Google collects data in a similar way. But unfortunately for Google, Tesla became the first, and history shows that the first is almost always the winner. The exception to the rule except that you can call someone who does something better than everyone else, despite the fact that he didn’t become a pioneer. But here at Tesla backs are well covered, this young start-up was able to overtake almost all the companies from around the world, studied the problem of Autonomous driving for decades. 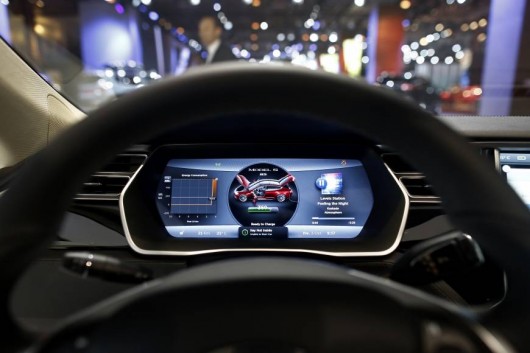 According to those who tested the autopilot function, the display of any detected vehicle helps a person to get “peace of mind”, as the driver can be sure that the car “see” obstacles that are around it and assesses potential danger. This does not mean that you can sleep or use your phone while driving, people continue to responsible for driving, simply function the autopilot can significantly mitigate the problems that are possible on the road.

What Tesla plans to do with the autopilot

According to Elon musk, Tesla in three years from the offer options “Summon”, through which electric car will go from West coast to East and Vice versa. As this American company has demonstrated impressive progress compared with other brands, we believe that there is a high probability the realization of the plan, but not necessarily in the terms mentioned by Musk.

Tesla will be able to provide a car able to travel not only within the United States or Europe, quite probably, a little time will pass and this Autonomous electric car will be able to overcome all the way from Karelia to Petropavlovsk-Kamchatsky. The only function that not yet will be available on the Russian route, it is the automatic charging of the vehicle. Russian users will have to settle for outlets, because even in the USA, the development of network of filling stations leaves much to be desired. 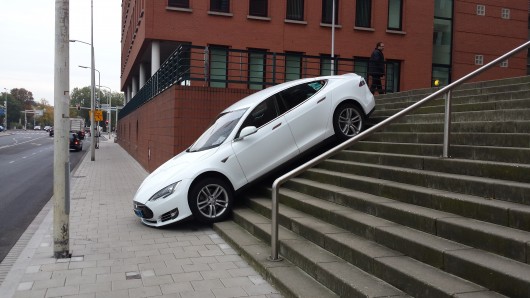 The development of super-fast charging stations will be the next important stage in the promotion of electric vehicles of the brand, especially for versions with high power the Model S and X.

Apparently it turns out that in five years we’ll see truly Autonomous cars on the roads around the world. And even if the California company will not be able to improve the revolutionary system, she will still stand a notch above all other similar functions are installed in competing car manufacturers.

Tesla autopilot in action with a software update 7.1

Tesla avoids a crash on autopilot

The Presentation Of Tesla “Autopilot”