Sun: When leaving the scene of an accident is not punished 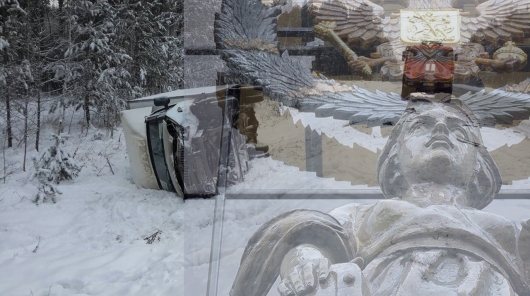 Did you know that any driver, even the most law-abiding may lose the right in an instant and for a very long time? The fact that there is in the administrative code enforcement one very thin part of the article 12.27 “Failure to perform duties in connection with dorozhno-transport incident” Code, which sometimes like to use vpopad and not vpopad, the traffic police, and they in turn echoed by the judges, denying a driver’s license, and even arresting drivers up to 15 days. Here is what is written in the Law:

2. Leaving the driver in violation of traffic Regulations of a place dorozhno-transport incident, which participant it was, –
attracts deprivation of the right of management by vehicles for the term from one year till one and a half years or administrative arrest for the term up to fifteen days.

But now the judges will more carefully review each individual case so as not to deviate from the letter of the law, because one of such cases is the decision of the Supreme court (available at the bottom of the material) that explicitly disagreed with the first instance courts. Sun during its consideration stood on the side of the driver deprived of the right to drive for a year. This was preceded by a series of violations of his civil rights, but about all under the order.

On the evening of 11 January 2017 at the 663 km highway “Russia” in the Tosno area of the Leningrad region, the accident occurred involving one car. “Gazelle” made Congress in a ditch and overturned. The driver had a very unpleasant situation could somehow put the car on the wheels and pull the car out of the snowy ditch. Further, reasoning that because it is the only party to the accident, a third person was injured and material damage was caused solely “Gazelle”, call traffic police officers should not (avtoyuristy also argue that in this case, making an accident a strictly voluntary). The citizen went about their business, in fact leaving the scene of an accident.

Here it is worth Recalling that a traffic accident is an event that occurred during the movement on the road vehicle and with his participation, which killed or injured people, damaged vehicles, facilities, goods or other pecuniary damage. 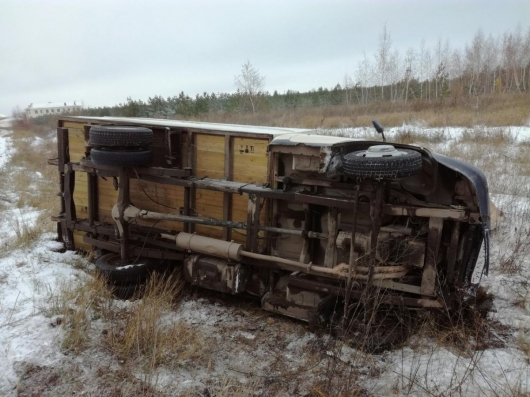 As you can see traffic accident may occur involving one car. Optional members shall be two vehicles. Moreover, even if the car is crashed into a tree, say rally in a ditch, and broke it – it too will be considered a traffic accident. The formal rules require the driver to issue the incident, because the material damage caused (in our country there are no unattended trees and other subjects of flora and fauna).

The duties of a motorist in an accident access will be in the SDA of the Russian Federation read as follows (Chapter 2, “General obligations of drivers”):

In dorozhno-transport incident the driver involved in it, must immediately stop (do not drive) a vehicle, turn on the alarm system and expose a sign on an emergency stop in accordance with the requirements of paragraph 7.2 of the Rules, not to move the items relevant to the incident.

Thus, the domestic driver of the truck had no right to leave the scene of the accident. After making a rollover he had to call the police and register the accident in accordance with the requirements of the law, not to engage in independent action, violating the Rules of the road. In fact, required by the rules. However, in such incidents there are always nuances.

It is not surprising that after a couple of months, the magistrate plot №71, Tosnensky district, Leningrad region declared the driver guilty of committing an administrative offense under part 2 of article 12.27 of the administrative code. The motorist was removed from the right of driving for 1 year.

However, the Supreme court sided with a motorist reversed the decision on deprivation of a driving licence, and here’s why:

1. As follows from the decision of the Supreme court, the citizen was completely unaware of the fact that it was drawn up a Protocol on administrative offense. The Protocol was made without his presence and this one did not notify the main and sole participant of road accident.

2. Interesting fact that the traffic police drew up a report until the next day (from memory it was written, or what? And anyway where the staff were during the incident and where found it? Does in fact appeared well-wishers, who reported on the phone “where follows”?), January 12. No wonder that the official document had many errors and inconsistencies, so the definition of the magistrate, the Protocol was sent back to the traffic police Department for revision. The document does not have information about the accident and victims, and there was no evidence of the incident.

3. The trial occurred in the absence of the party of the accident and without his notice. According to deprived of the rights of the motorist, he was not even given a copy of the Protocol. Although the materials of the case the judge pointed out to the notice of the motorist by telephone “as evidenced by the telegram, officials from 03 February 2017”.

Called the court and the telephone number, notifying about the upcoming time and place of the hearing. The truth was not at that address (a number used by another person, it found the Supreme court), but such a trifle did not bother seeking justice judges. 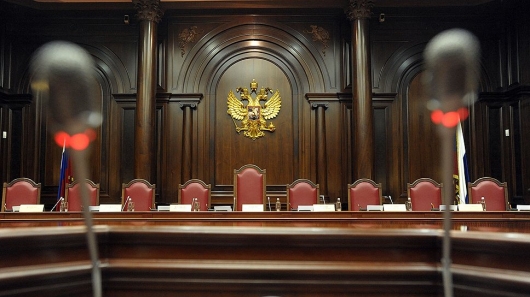 Despite clear violations of the rights of “caselist” from the very beginning is weird and not taking into account the attempts of the driver to be justified before the law (noncustodial tried to restore justice to the city court of the Leningrad region), the court left the matter as it is. The regional court, where it was then submitted an appeal, also left the decisions of lower courts without modification.

When the case reached the Supreme court, there is persistent citizens, the following decision was made:

The judge entirely agreed with the arguments of plaintiff’s counsel that his client was not properly notified about the date of examination is composed on him an administrative material that violated his right to defense and prove his innocence.

The decision of an administrative offense, the Supreme court was abolished. The driver did not leave the scene of an accident, and therefore could not be deprived for that right.

With full material of this fascinating case can be found here: Regulation of the armed forces