The study from the point of view of morality: someone needs to kill the Autonomous car? 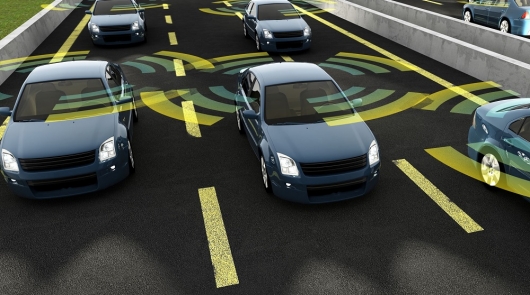 Over the past two years in the survey, entitled “Machine Morality” was attended by more than two million people from 233 countries (you, too, can get tested and see their results in relation to the average value). Their contribution to the project in which can participate, anyone is the fact that respondents must answer as, in their opinion, is obliged to act Autonomous vehicle from the point of view of morality, when by artificial intelligence decision depends the life or death of different people and other living beings.

To date, the results have not changed, however, there are some interesting refinements, over which you can reflect.

In a sense, the whole project of “Moral Machine” is megacollection advanced solution in the West the famous “trolley problem” (a brief description of another embodiment of the moral problem are described here: moralmachine.mit.edu), which concerns the ethics of making decisions that will kill people in the vehicle, or sacrifice people outside the vehicle.

The survey considered all sorts of situations that meet the interviewee participants: 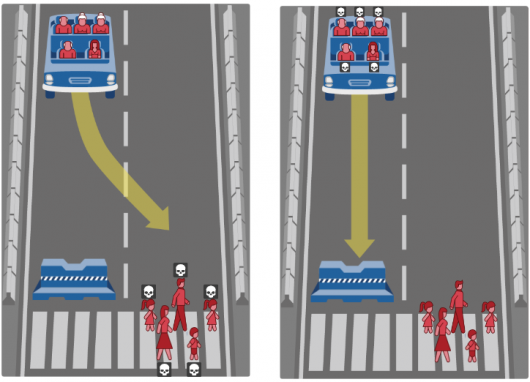 They have to decide whether to kill a family of five with three children and two adults or five people, four of them older. That is, it is assumed that the Autonomous vehicle has to make a choice in favor of the imminent death of people in a desperate situation, starting from factors such as gender and age.

Some questions are even more creepy: 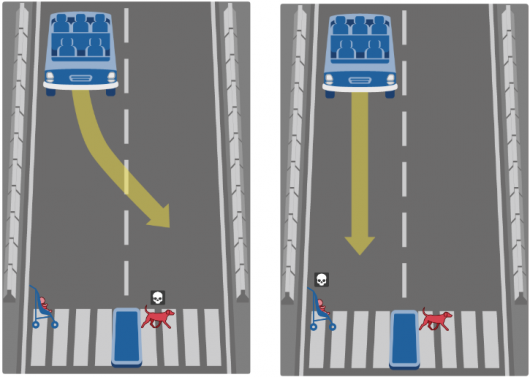 Killing a dog or a child?

A team of researchers “Moral Machine”, headed by Edmond Awad, found that, as a rule, people worldwide prefer to save people, not animals, young people, not older people, law-abiding citizens will be saved, and the criminals will not give life (interestingly, a dog’s life is valued above the life of the offender, according to a test), if possible, more lives will be changed for a smaller number of them.

There are interesting regional variations: in Latin American countries appreciate the youth, while Asian, as a rule, on the contrary, more likely to leave surviving older people. In less affluent countries to cross the road in the wrong place is not a serious offense, but in the more affluent offenders “allowed to flow” without regret.

There were other surprises. Look at this chart: 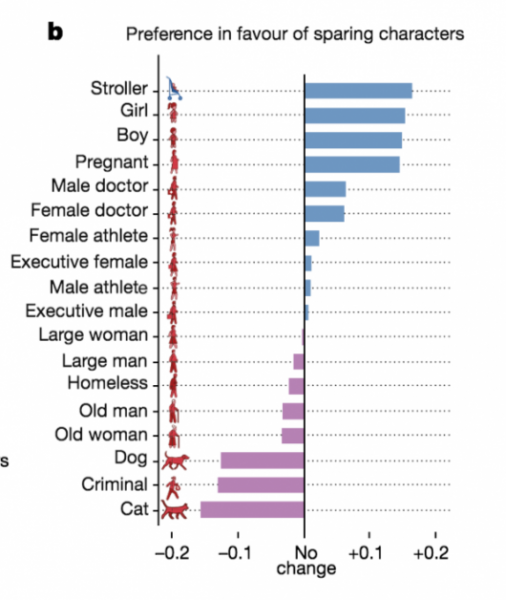 The first part of this chart indicates those who tend to spare in a variety of situations most often: baby takes the first place, children of both sexes and pregnant women occupy the first four lines as the surviving characters. Welcome, as you can see the girls “survive” than boys in this test. 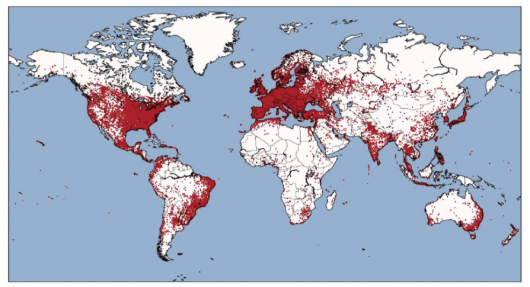 But the most unlucky was the cat, despite the success among the Internet users and the many cat-lovers in all countries of the world. They prefer to sacrifice the majority of respondents. Old people, fat people, homeless people and dogs is also better not to appear on the streets, when Autonomous cars become commonplace.

In total, the programme was made nearly 40 million individual moral decisions. The data itself is not enough to create a flawless fit for use “moral code of behavior” for Autonomous vehicles, but it is at least a good start that gives us an idea of what people want from Autonomous vehicles.