Top 10 engines with a small volume. 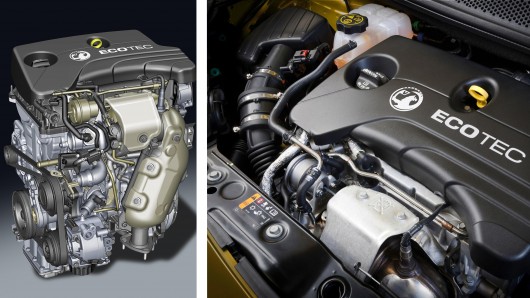 Surprisingly, in the automotive industry are the engines in regular production cars, the volume of which may be less than 1 liter Coca Cola bottle. If you think that such motors are uncommon today, you will be surprised what is actually in our day the engines with a small amount of widely used by many automobile companies. With the constant tightening of environmental regulations in order to reduce the emissions of greenhouse gases, most automakers are forced to reduce the number of cylinders and engine capacity, while maintaining a certain level of adequate capacity. So whoever tells you that the volume reduction necessarily leads to loss of power, wrong. Here are the Top 10 motors with a small volume, which prove that the trend for the decrease of cylinders is not to the detriment of the vehicles. 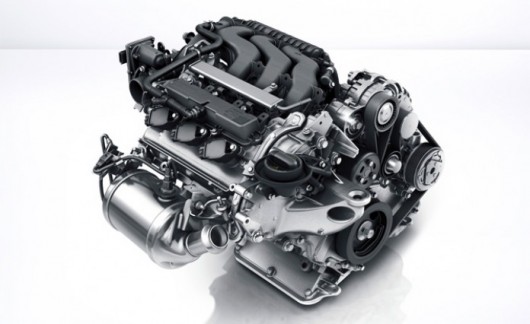 The Smart Fortwo is one of the smallest cars available today on the market. Machine size is: Length Of 2.69, Width of 1.56 meters. Accordingly, for this size of car, no need to install a powerful big engine. Under the hood of the micro-car, only located a turbocharged gasoline engine of 0.9 liter capacity of 84 HP (max. torque 120 Nm). This is enough to 0-100 km/h sprint in 10.7 seconds. Smart Fortwo certainly lose on the road any race, but the advantage of the machine in saving fuel in the combined cycle is just 4.9 l/100km. 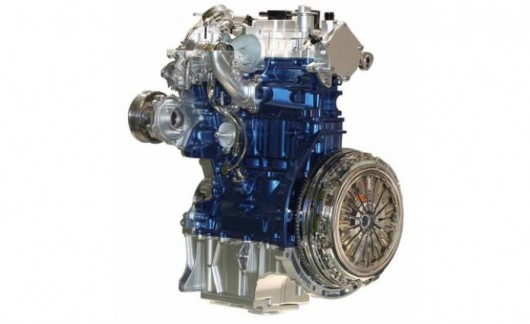 It’s been a few years since Ford motor company introduced its first turbocharged three-cylinder engine. Today this power unit can be found on many cars of the American brand. The engine power is 100 HP (depending on machine model). Torque of the turbo engine is 170 Nm. Due to low production three-cylinder engine and the Start-stop system, the engine in the combined cycle consumes only 4.6 liters. 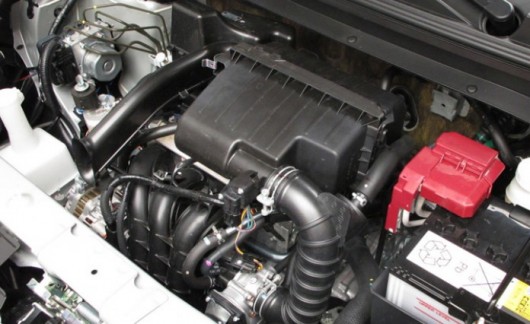 This is 1.2 liter engine capacity of 78 HP is installed on a Mitsubishi Mirage. This allows the machine to spend in mixed mode at 5.2 l/100km.

This fuel consumption is comparable to some hybrid cars. The power of the car is less than 100 HP and maximum torque is 100 Nm. 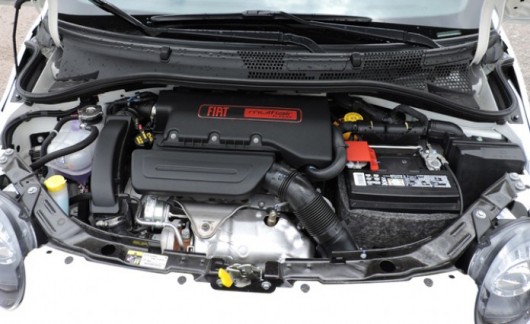 This four-cylinder 1.4-litre power unit is used on many Fiat models, including the model “500”. Turbo has a capacity of 135 HP Size of the motor allowed the engineers to install it in a compact Fiat 500. Also thanks to the technical characteristics of the engine makes a small car is quite high. Fuel consumption in the combined cycle is also quite adequate – 7,8 l/100km. 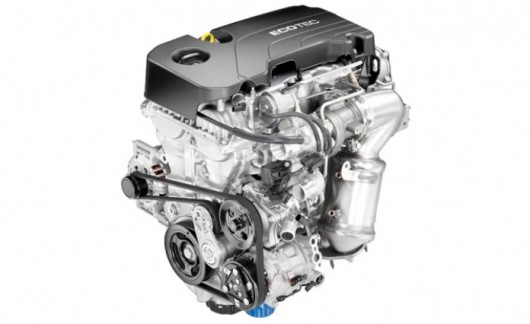 General Motors brought to market a new 1.4-liter turbocharged four-cylinder engine. For example, this motor is installed on the new model of 2016 Chevrolet Cruze. The engine develops 153 HP Average fuel consumption announced by the manufacturer is 6.7 l/100 km for this car will agree is amazing. 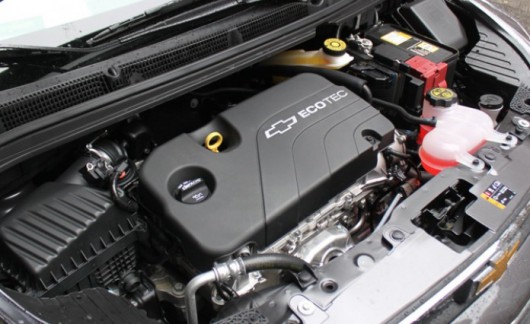 For those who don’t like turbocharged motors company, GM also created a four cylinder engine (without turbine), the volume of 1.4 liters and 98 HP for Example, this power unit is installed in the Chevrolet Spark. The power of the car with this motor is 98 HP (128 Nm). 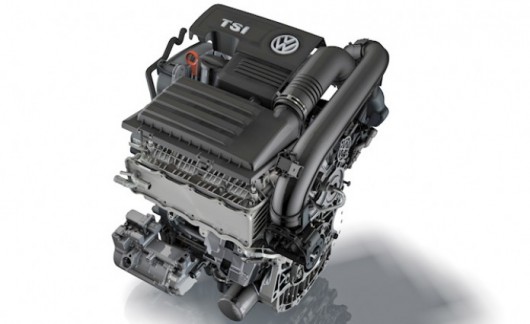 Late last year Volkswagen has introduced a 1.4-liter turbo four-cylinder engine. Code name EA211 motor. This motor is specially designed for the VW Jetta. The engine develops 150 HP and maximum torque is 240 Nm. In mixed mode, the car with this power unit consumes only 6 liters per 100 kilometers. 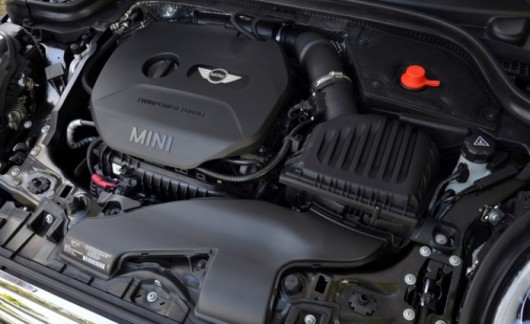 This motor came in 2015 Top 10 best engines in the world according to WardsAuto. The 1.5 litre engine Mini based on TwinPower Turbo technology that BMW uses on their motors. Power three-cylinder Mini engine is 136 HP (maximum torque 220 Nm). Fuel consumption in combined mode is 5.3 l/100km. 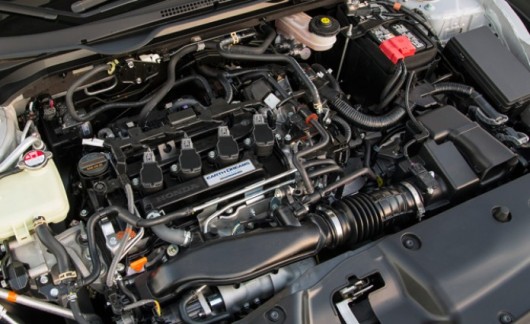 Finally, the company Honda introduced the turbocharged 1.5-liter engine, which will be installed on the new model 2016 Honda Civic. There is a good chance that this powertrain will be on the world market the most popular. Turbocharged engine Honda has power 174 PS (maximum torque 220 Nm). Combined with the CVT fuel consumption is 6.7 liters per 100 km With manual transmission fuel consumption will be significantly lower. 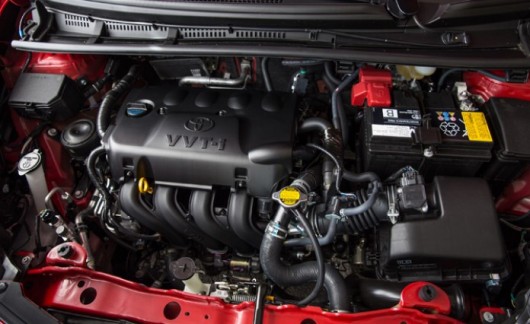 This 1.5-liter four-cylinder engine, unlike Honda engine, equipped with turbine. The engine develops 106 HP and maximum torque of 139 Nm. But this is sufficient, since the power unit is mainly installed on the Toyota Yaris. Fuel consumption is 7.1 liter/100km.

By the way the engines are Honda and Toyota are very similar in design. The only significant difference is the presence of the turbocharger in the motor Honda. Comparing the capacity of the two Japanese engines, you can see substantial benefits, which gives the turbine on the machine.