The second generation of the Range Rover Evoque on the way, here is how it will be

2020 Range Rover Evoque II: the exterior, the engines and all we know about the new SUV 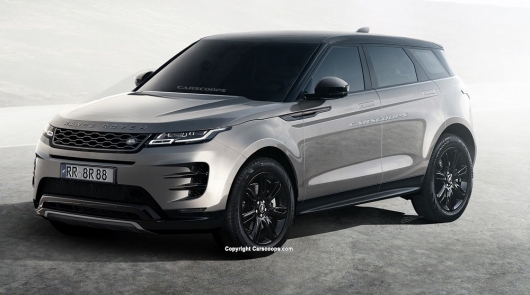 No doubt, the Evoque Range Rover became a huge success of the British manufacturer of SUVs. Received stunning style thanks to the team led by the chief designer of all the company “JLR” Gerry McGovern, luxury SUV from Land Rover made Marche such sales that surpassed anyone’s expectations. 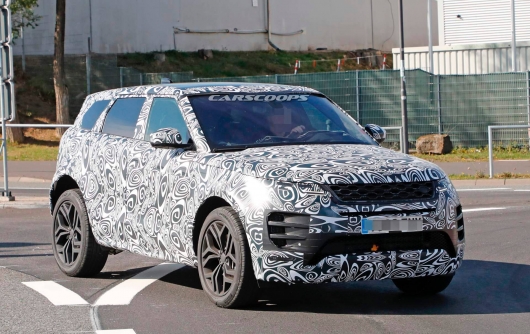 However, to stand on the spot of the automaker’s impossible, competitors are not asleep, and therefore will constantly encroach upon ancestral lands. Range Rover will do everything in his power to minimize the damage and reserve the right to skim the cream in the segment of premium compact crossovers.

The upcoming second generation will get a recognizable appearance, which will maintain the interest of loyal customer base at the same (high) level in the next 4-5 years.

Let’s run through the basic data available at the moment. 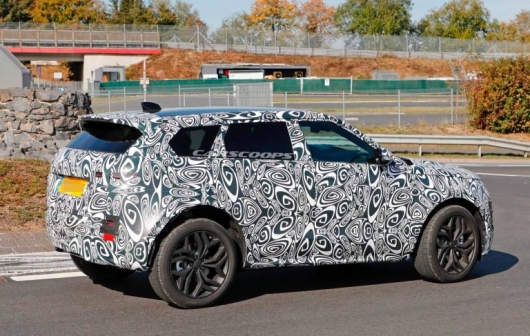 Minimalism manifests itself both inside and outside, is the most notorious English minimalism will continue to be the leitmotif of avtokompozit. Elected a decade ago, the corporate design developed the Evoque to the limit. Judging by the numerous spy photos, as well as several rendering photo, the next Evoque will be a certain degree of mixture of the more prestigious Velar and crossover model of the current generation. The metal surface of the exterior is smoother, and the transitions from element to element should be more organic.

The roof in a smooth ramp, recessed flush with the door handles and the slim matrix led headlight, that still remains as a signature of a signature of the crossover of the next generation. The rear is dominated by a prominent spoiler, a massive bumper and strip tail lights stretching the entire width of the stern, just like a Velar.

The luxury and splendor of interior decoration 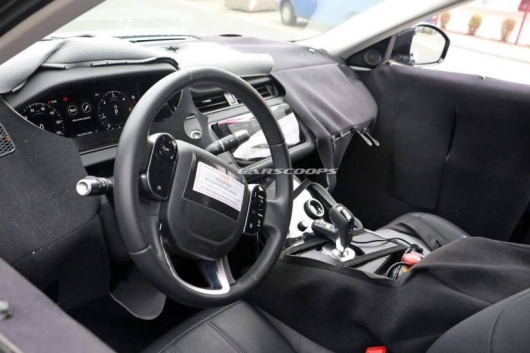 The new Evoque will make a lighter cab interior with high quality materials, fewer buttons, toggle switches and a large number of touch screens. The crossover will get a fully digital instrument cluster and two 10-inch touch-screen high-definition screen with multi-function rotating bosses for control.

Expected variety of driver assistance features, such as: assistance in the Park, assistance with lane departure, adaptive cruise, more semi-Autonomous capabilities for the crossover, recognition of road signs and the camera 360 degrees. 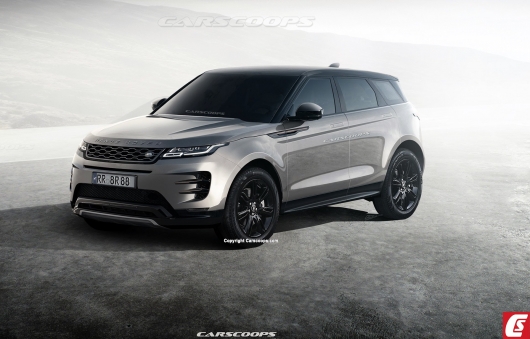 The second generation Evoque is expected to ride on the same architecture “LR-MS” as the current car, it also is the basis of crossover Jaguar E-Pace and Land Rover Discovery Sport.

The outer dimensions of the second generation should remain close to the current version, with a slight increase in domestic volume. All-wheel drive will be standard as before, the Evoque will get a typical set of off-road electronic support systems and corporate regimes, Land Rover. Alas, the three-door model and a convertible Evoque off-road in the operational plans at the moment do not appear. 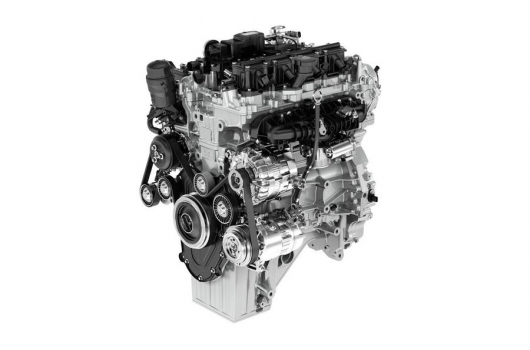 With the platform, the Evoque will also transition the powertrain from the Jaguar E-Pace. The latter uses a new 2.0-litre four-cylinder petrol unit with turbocharging in various power settings up to 296 HP Diesel model based on the 2.0-litre Ingenium engine capacity from 148 to 237 HP is also expected. Power will go to the wheels via a 9-speed automatic transmission.

We also envisage the emergence of a hybrid model, combining a small three-cylinder 1.5-liter gasoline engine from a new line of Ingenium Jaguar Land Rover, as well as electrical on-Board system to 48V. Europe and some other markets, according to forecasts, will get a hybrid 2.0-liter diesel powerplant with the same enhanced 48-volt system. 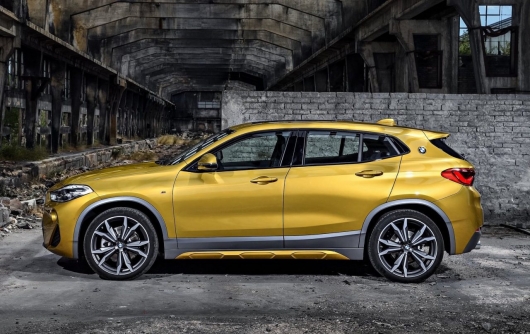 The original Evoque is the first generation became a part of the segment of subcompact luxury SUVs, he, according to some auto experts studying the motion on the new car market has shifted away from “tectonic layers” of the market to the side, pulling them to him. Therefore, we expect that the second-generation model will further strengthen its position, fighting for a place under the sun with such competitors as the BMW X1 and X2, the Mercedes-Benz GLA, Volvo XC40, the Audi Q3 and.

The date can not be changed

The debut of the Evoque will be held in 2020 in London. Even known date – 22 Nov. From this day on, the crossover will be available for pre-order. The sale itself will have to start from the second quarter of 2019. As for prices, it is very likely their growth. Recall that the first generation of the Evoque in Russia is from 2.6 to 4.5 million rubles for the five-door version. The three-door now will cost customers in the interval from 3.5 to 4.2 million rubles. How expensive crossover from England, yet say not solved one, but the price tags will be revised in any case.