2018 Euro NCAP: the best safety in its class cars 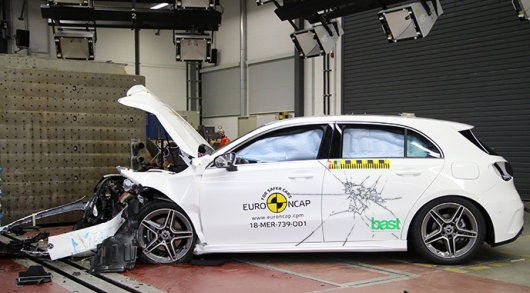 After the disappointing results produced literally fight the SUV the Jeep Wrangler is a new generation of mini and Fiat, model Panda, which received the lowest scores in crash tests this year, Euro NCAP at the end of the year can not dwell on such ugly terms. Standard European test programme of the new cars failed the counting of the safest models of the year, separately for each in your class.

Cars fought for the title of “Best in class”, each in its segment. During the year of the car usually competed in four areas of security, standardised Euro NCAP according to the test results, which are awarded to the weighted sum of the ratings:

protection of the driver and adult passengers;

the safety of children;

“Comparison of cars is carried out on the basis of this amount. Eligibility the “Best in class” passenger cars is assessed on the basis of their rating according to the category of “Standard security””, said on the official website of Euro NCAP.

However, in 2018 there was an innovation: the Euro NCAP also awarded the award for best safety performance of electric and hybrid vehicles on the basis of tests carried out. For Russia, these indicators are not very relevant, because electric cars in the country – units, and hybrids slightly more.

Biggest winner in the segment of “Small family cars” became the latest Mercedes-Benz A-Class. The compact hatchback has managed to surpass its main competitors, earning 96% of protection of adult passengers, 91% , 92% of pedestrian and 75% were rated working electronic assistants. 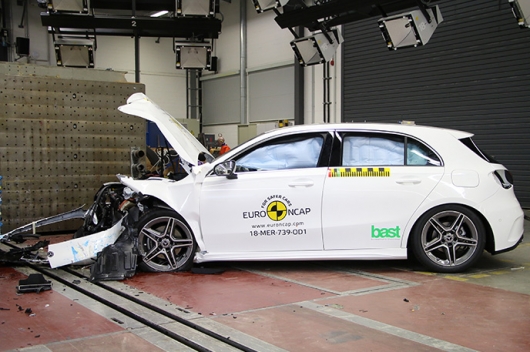 Gold medal in class “Large family car” get a Lexus ES. Executive sedan, which replaces the GS is the winner with a 5 star rating among cars with 91%, 87% and 90% in the categories of safety of adult passengers, children and pedestrians, respectively. The assistants security Lexus ES 2019 scored 77%. 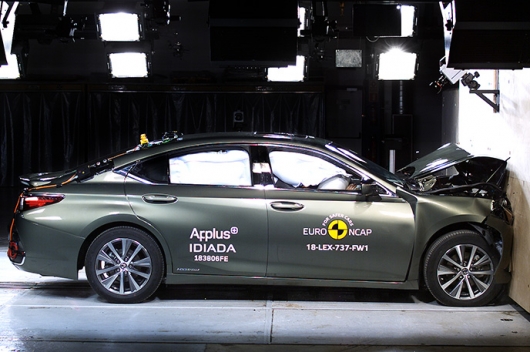 For the first time, Euro NCAP presented the award for best safety performance of electrified models, and the big winner was the Lexus model ES 300h.

Hyundai claimed the final award in class “Large SUV” model “Nexo”. Hydrogen crossover was able to get 94 and 87 percent in the categories of protection of “adults” and “children”, 67% in pedestrian safety and 80 percent in the safety system, which corresponds to a 5-star rating. 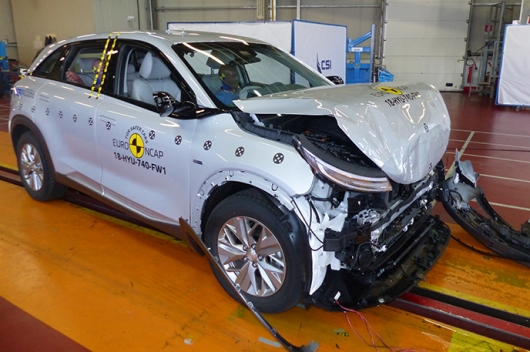 “In 2018 we have introduced tough new test, paying special attention to the protection of vulnerable road users”, – commented on the year of the carried out work Euro NCAP Secretary General Michiel van Ratingen. Three winners of the “Best in class” this year clearly demonstrate that automakers are committed to the highest level of protection and that the rating of Euro NCAP is a catalyst for these important improvements to security”.