The Romans built over 400,000 km of roads. It looks insane, like a modern subway map

That’s how many roads built by the Romans. 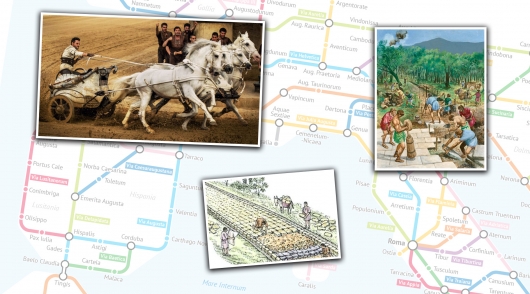 You probably still remember from school history lessons about the great Roman Empire, which surprised the world with its development. You probably know that the Romans built roads. According to scientists and historical figures, the Romans built roads with a total length of 250,000 miles (just over 400 thousand km). And it was a complex road system, which was created manually. To make it easier to understand how impressive Roman road system, the cartographer Sasha Trubetskoy has created a map a map of the subway, causing her all roads created by the Romans.

It should be noted that this map is created as a result of the large number of studies.

If you look carefully, you’ll see some of the road names that exist today. However, they were slightly renamed. For example, roads Via Appia and Via Domitia.

Other roads have no historical names, so the cartographer had to work hard to snap the roads to some areas, attractions, and also to give the road a name. 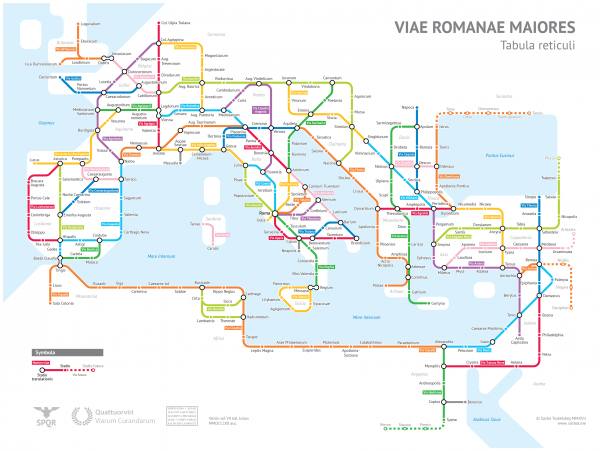 The biggest and most important creative moment for Sasha Trubetskoy had a choice, what roads and cities to map and which to exclude. Unfortunately, according to the cartographer, he could not transfer all the Roman roads on the map because of their huge number. In the end, Alexander has mapped only the main. For this he chose the road, passing through major cities with large populations that were provincial capitals in the 2nd century.

The map includes the roads from the Middle East to France and to parts of West Africa. Perhaps it is not so easy to understand how, for example, in the map of the city of Moscow or new York. But given the distance that you cover these Roman roads, that’s impressive.