The rating of reliability of cars 2019: no surprises

A new study by J. D. Power showed an increase of reliability of car brands 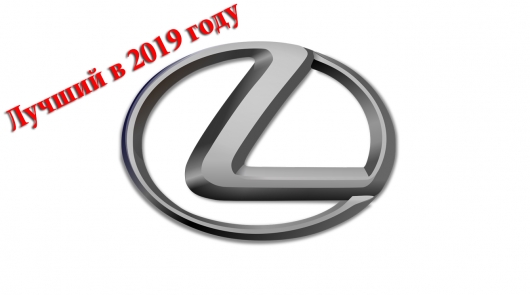 Most of the owners are still not willing to part with their three-year-old cars according to J. D. Power. An important factor in the preservation of previously acquired models, it is not only the rise in price of new cars among classmates, but also the reliability of modern machines. So I think the market researchers from the us company.

Lexus once again ranked highest among luxury brands and Toyota is the highest position among the brands in the mass market. In this change as there was before, and no: 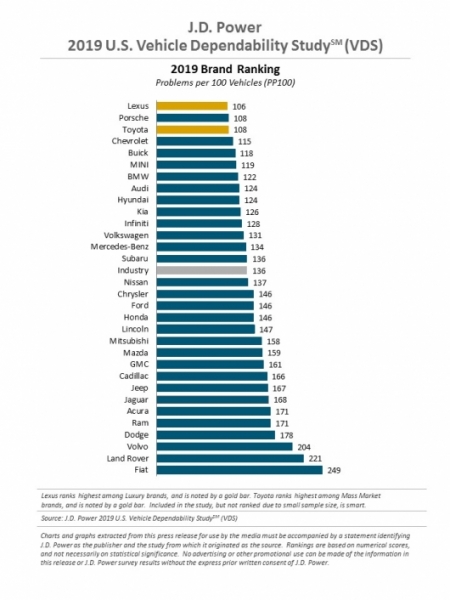 Are you surprised that a modern car called reliable? We are, in principle, also appeared in some disarray. But, according to the statistics, three year olds in their General mass became 4% more reliable than their earlier versions.

“Vehicle reliability continues to improve,’ said Dave Sargent, Vice President of Global Automotive at J. D. Power. Cars have become more reliable than ever, but the automakers are struggling with such problems as low level of voice recognition, gearshift and failures of batteries. Flawless reliability is the determining factor in whether customers remain loyal to the brand, so manufacturers must help customers who are currently experiencing inconvenience with the car, and to solve these problems in future models.”

Recall that the study conducted the 30th year in a row, measured the number of problems or breakdowns per 100 vehicles (PP100) during the past 12 months, faced the first owners of three models. Thus, the study of 2019 shows problems in the cars that are 2016 model year. A lower score reflects higher quality. The study covers 177 specific issues, grouped into eight main categories of vehicles.

The rating J. D. Power: can we trust the data?

Also note that the reliability in ranking often means the quality of work infotainment system, the convenient control functions of the vehicle or minor damage, the so-called “childhood diseases”, which for most motorists are not important in nature. Thus, we can state the fact that he was in the top ranking brands really do offer the highest level of quality and manufacturer you can trust. 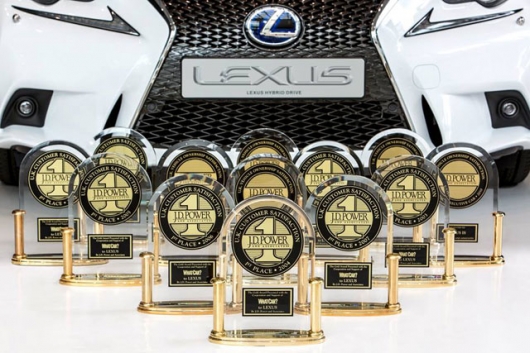 Lexus ranked highest in overall reliability among all brands with a score of 106 PP100. For the eighth consecutive year Lexus leads. Porsche and Toyota have settled on the second and third lines from 108 PP100 points each. Brands Chevrolet and Buick closed the top five.

Toyota Motor Corporation has received four awards in the segments such as the Lexus ES, Lexus GX, Toyota Camry and Toyota Tundra. 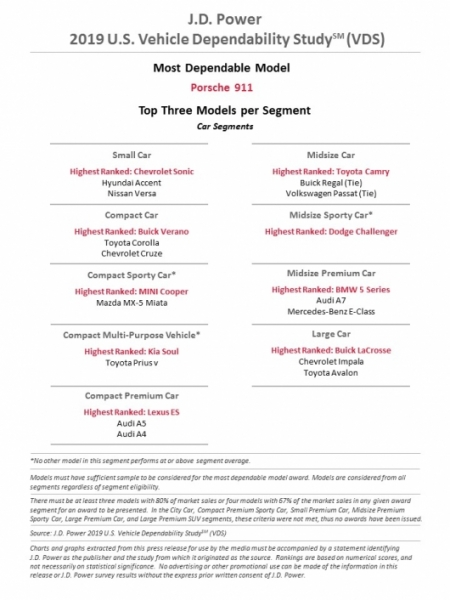 Research the reliability of cars in the US in 2019 based on the responses of the respondents 32.952 (American motorists), the original owners of the car 2016 model year, after three years of ownership. The study was conducted in October-December 2018. 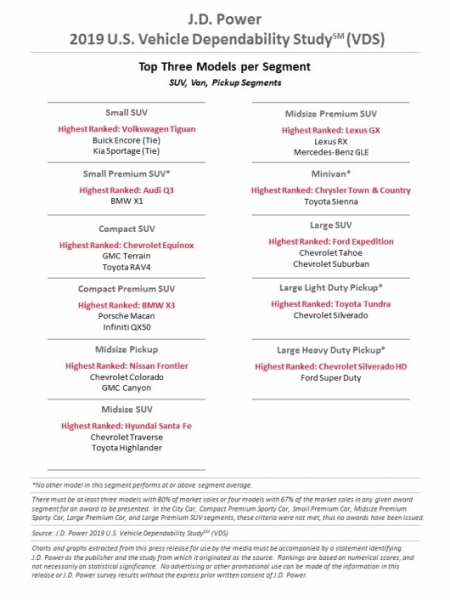