The problem with modern engines. They are very hard to warm up

Why drivers of modern cars don’t know that they drive on a cold engine? 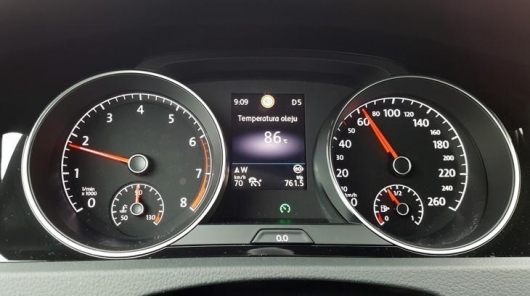 How long it takes the engine to reach operating temperature? You will not believe, but a simple test in real winter conditions confirms that it needs a lot of time. And after all, how warmed up the engine in your car depends on its durability and reliability. Unfortunately, we, having a car, rarely understand this. Especially when it’s very cold outside.

We all know that before you go, we have to warm the engine up to operating temperature. This is especially important for modern powerful turbocharged engines, as they operate most efficiently in a very narrow temperature range. But there is one “but”. These temperatures in real life seldom achieved. Surprised? To understand this, we need to look at the problem from a different angle. Did you know that the temperature indicator on the dashboard doesn’t show you the whole truth about the engine temperature?

The temperature gauge of the engine is the wrong name. In fact the temperature sensor in the collection tubes indicates the temperature of the coolant, to warm which is much easier than the engine itself. Coolant (antifreeze) has an optimal temperature of 90-110⁰C, which is often achieved in just a few minutes after starting the engine (if it’s not strong frost). Thanks to this machine we already after a short time feel the heat flow coming from the ventilation. But did you know that when the antifreeze scored 90-110⁰C, the engine may still be cold, especially when it’s cold outside?

For perfect and efficient operation of the engine need to warmed not only the coolant but also the engine oil. Best of all, when the oil temperature will be in the range of 95-110°C. Only under these conditions the engine will operate optimally and to obtain maximum performance. Unfortunately, at the moment when using modern engines to achieve this not so simple. Moreover, most vehicles in General there is no indicator, engine oil temperature, and only a few automakers equip their car models this is a very useful indication on the dashboard. 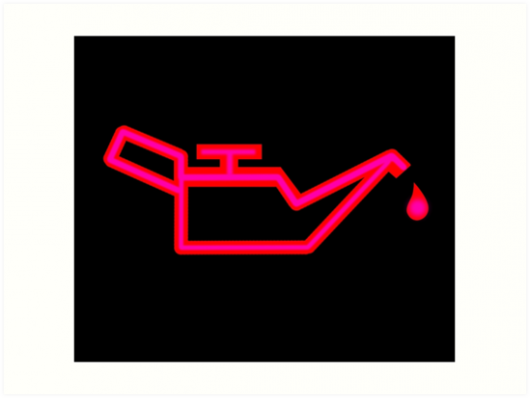 For example, the oil temperature indicator engine is in the cars manufactured by the VW Group. In particular, many versions of the Volkswagen Golf 1.5 TSI DSG, equipped with an onboard computer. Here’s a sample of tests for engine warming up in real winter conditions, where the owner of this car decided to test how fast the engine oil warms up during normal operation of the machine when travelling for work.

Looking at the temperature of the oil in the tidy, you will be unpleasantly surprised. Five minutes after the start of motion when the ambient temperature is about 2⁰C arrow standard temperature coolant is in the upright position, which means the optimum temperature of 90⁰C.

The car computer does not even gives the temperature of the oil in the engine. And after only 4 km and 10 minutes you receive the first message “oil Temperature 56°C”, which means that the engine has ceased to be cold. But it’s still not the temperature at which the driver can press the gas pedal to the floor, using all the characteristics of the vehicle, for example for the implementation of high-speed overtaking. 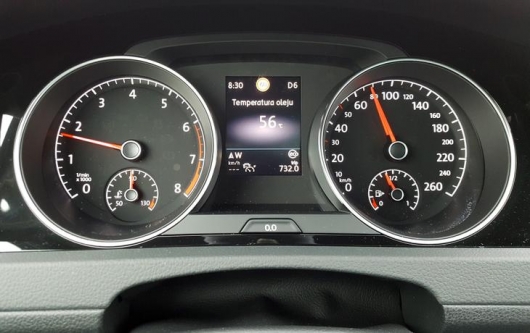 It took 10 minutes for the temperature indicator engine oil was showing any information on the collection tubes.

– To be able to start really dynamic driving in a car with a turbo, make sure the engine is warmed to a minimum of 80 degrees, and the engine oil is not less than 85 degrees. This so-called working temperature, – the expert says MADI-Service strome.

85⁰C should quickly appear on the computer screen. Yes, but those recommendations for summer. Winter is another matter.

With further testing the engine of the VW Golf in 18 minutes on a tidy display oil temperature 72⁰C. During this time, the owner has traveled 12 km.

It should be noted that this path lay along the highway through towns. Unfortunately, travel on the highway in heavy traffic in cold weather is not conducive to warming up the engine. The more that the tested car was equipped with the start-stop system that shuts off the engine at every stop. In the end, during the test stops when the engine oil temperature went even lower than the value which was to stop the car. 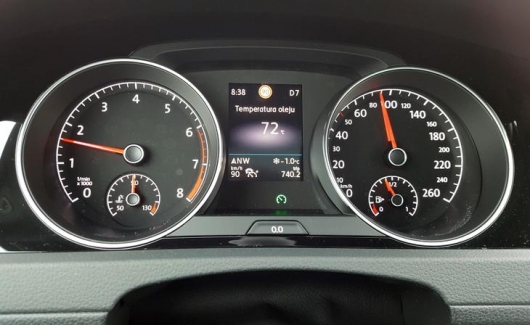 Over 12 miles since the beginning of the drive temperature of the engine oil was still unsatisfactory.

It took another 10 minutes, during which the car owner drove a 6.7 km, but the computer still shows unsatisfactory temperature of -79°C. However, that temperature that allows you harder to press the gas pedal. But this is after the engine is already worked 28 minutes. Can you imagine? And that’s not a hard frost. In the end, up to 80°C the oil is warmed only 31 minutes after starting the engine and after the vehicle has traveled 21.2 km! And it’s not the temperature, which said the auto mechanic from MADI-Service. The optimum temperature appeared to clean-up after 49 minutes, and over 33.5 km.

And, mind you, the anticipated value of 90°With the engine oil never reached. Although, as stated by the owner, as he not only tried to warm up the oil in the engine to that figure, but he long did not go. According to him, for a long time, when the oil is heated to 88°C, the temperature was dropping after each forced stop when driving in dense urban traffic.

Finally, the owner of the VW Golf has achieved a temperature of 90°C. This occurred after one hour and two minutes, and after 41 km of mileage! But there was no reason for joy, because 5 minutes later, this value fell to 89°C. If the motorist was driving on dense city traffic, the oil temperature would drop even more. 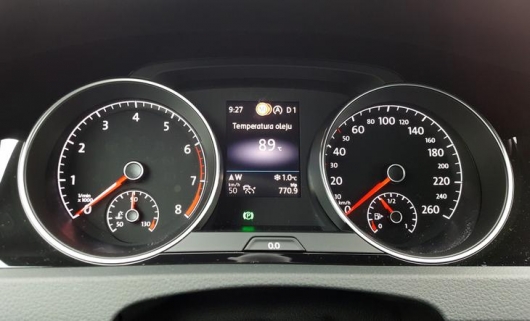 Even after reaching the desired temperature the oil it decreases rapidly if the vehicle in urban conditions and has a system for automatically turning off the engine “start-stop”.

This test was completed. In the end, this simple experiment leads us to a simple conclusion: at the present time in modern aluminum engines are very difficult to warm up the engine oil. It is especially difficult to do this in the winter. Yes, theoretically to speed up engine warm-up is possible after starting a cold motor to start driving in a more dynamic mode, that is, of course, accelerate the process of warming the oil.

But like driving on a cold engine has a negative impact on the durability of the components of the power unit, such as turbocharger, pistons, rings and EGR valve. Additionally, the drive revving a cold engine leads to the inevitable increase in harmful emissions.

We all know that turbo engines need to have a good warm up before you hit the road. But very often we don’t realize that not always do the right thing. However, according to the service technicians, many car owners today have already acquired an understanding of how to deal with turbo engines of their cars.

For many years we encouraged all its clients to properly handle the engines of their cars. Especially in cold winter conditions. We advise you not to start moving the car immediately after starting, and to wait at least 5-10 minutes. But after the initial warm-up we recommend the first 20 minutes to go to the small engine speed, avoiding excessive load on the engine, without reducing its working temperature.

In particular, we strongly recommend that in the first 30-40 minutes not to start a dynamic driving experience. As a result, for several years the awareness of drivers who come to our service have increased significantly, – says Sergey Ozerov.

In principle, many automotive media, car magazines and various forums on the Internet and in many service stations have repeatedly mentioned that all engines need a long warm up before starting to use the car in full. And especially for all turbocharged engines. On many Internet forums there are entire threads and sections on turbocharged engines and their operation. For example, in the first place 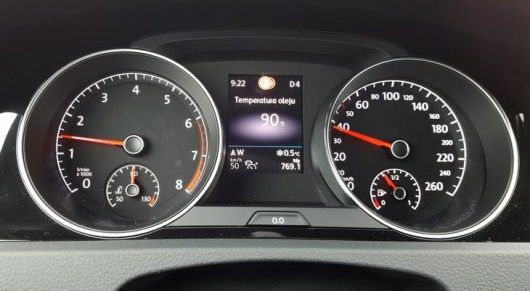 With this temperature you can really start moving more dynamically.

However, do we know what the engine coolant temperature displayed on the dashboard in many cars (temperature sensor), is not any important information directly on the engine temperature? You know the drivers that under certain conditions the engine warms up after an hour of riding? Very doubtful. Many do not even think about.

Of course, you can warm the engine much faster. But, unfortunately, to do so without harm to the motor impossible. If you drive carefully and calmly, forgetting about dynamic driving, it is unlikely to be able to warm up the engine oil very quickly. We have described the test car owner Volkswagen Golf has shown that, going to work or returning from it, you can drive all the way on a cold engine. Especially if your car is modern aluminum turbo engine, which is reluctant to get warm.

Incidentally, the first sign that your engine starts to act up – it is the appearance under the oil cap creamy emulsion that is similar to a mushroom. And the engine will not give any other symptoms. But the appearance of such deposits on the tube speaks volumes. This does not necessarily mean a damaged head gasket. This may be a result of short journeys on a cold engine. The appearance of deposits on the lid – this is the message from the engine that says “warm me from time to time”, which is sent to you directly from the oil pan.