The President forbade the police to remove numbers from the car

The rooms are not to shoot: it’s official. 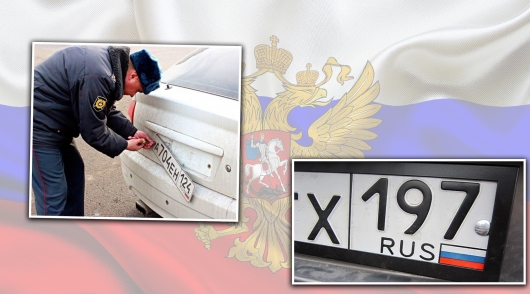 This prohibition on the removal of numbers from vehicles starts from the moment of signing of the Decree of the President September 15, 2018.

The decree was published on the official Internet portal of legal information.

It can be read here.

Earlier, under current law, the traffic police had the right to withdraw registration marks of vehicles to prohibit the operation of vehicles. It was regulated by section 12, paragraph “f”:

g) to prohibit the operation of motor vehicles and trailers to them, tractors and other self-propelled machines in cases stipulated by the legislation of the Russian Federation, including with the removal of the state registration signs before elimination of the reasons which formed the basis for this prohibition, and in the presence of faults and conditions, the list of which is approved by the Government of the Russian Federation and operation of trolleybuses and trams – in the presence of faults, in accordance with the relevant rules of technical operation; to prohibit operation of vehicles which have latent, counterfeit, changed numbers of nodes and aggregates or the state registration signs, as well as the disparity between the marking vehicles with the data specified in registration documents

Now according to the presidential decree №515 from 15.09.2018 year (point “j” is cancelled), the police may prohibit the operation of vehicles in accordance with the current legislation of the Russian Federation but without removing the state registration signs.