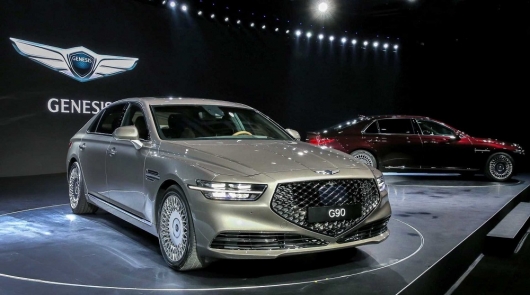 Given the fact that the presented model Genesis G90 is just a restyled version, it has been a very BIG change. For the sake of its flagship company tried to implement all the planned improvements, and they were not in vain!

Considering live photos and official images of the model of South Korean manufacturer, you might be tempted to say that this is a brand new car. About the same feeling we once felt at the sight of the updated sedan of business-class Mercedes-Benz W212 – model is so much different from his diastilidae variations as exterior and upgrades on the technical side, which at the time was talking about a complete update of the German car business class. The luxury sub-brand from another part of the world was carried out identical metamorphosis. 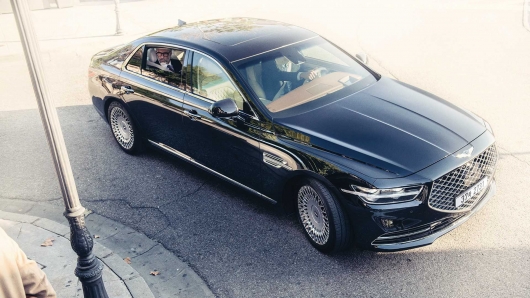 However, under highly updated “skin” is the same Genesis G90, which came to light in 2015 as a luxury model “Hyundai Genesis”. Presented this week at home in South Korea, the facelifted full-size luxury sedan has a much more interesting design than the model it replaces. The changes are pretty obvious, starting with the front of the G90, where you can see the new advanced diamond-shaped radiator filesresearch, and vents on the lower bumper is wide and almost converge in the middle. Short “four-point” headlights feature a strip, apparently it’s the DRL that extends beyond the front wing, giving G90 special kind. Even the hood has been modified, having two additional folds in the middle, which begin to come from the “wings” emblem Genesis, slightly extending to the windshield, by analogy with twists on the ends of the wings of the aircraft coming at high angle of attack turn. 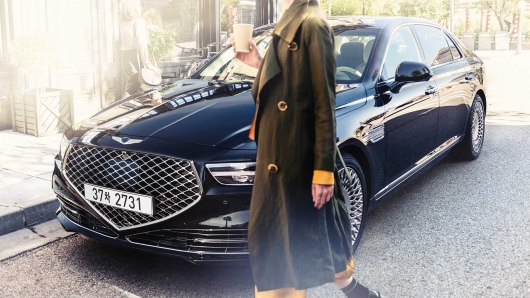 Even more changes were made in the back of a large sedan, here revised G90 has practically nothing in common with the model model. Take the fashionable led brake lights. They stretched a single flat line across the entire width of the trunk and far to the rear fenders estancias in sharp wedge-shaped peak. The top brake lights are duplicated short patches between which there is an inscription in large letters “G E N E S I S”. The inscription with the restyling will replace the rear winged emblem. 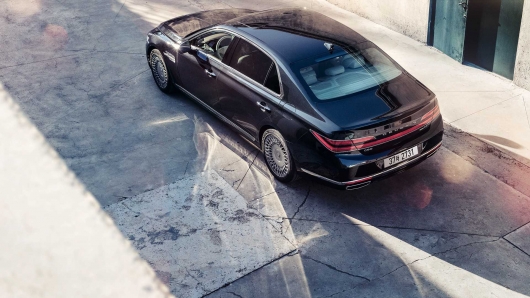 Completion changes the outside is the turn signals moved from the side mirrors to the front wings and redesigned intricate design for 19-inch alloy wheels and a new trailer of twin pipes exhaust system rear. 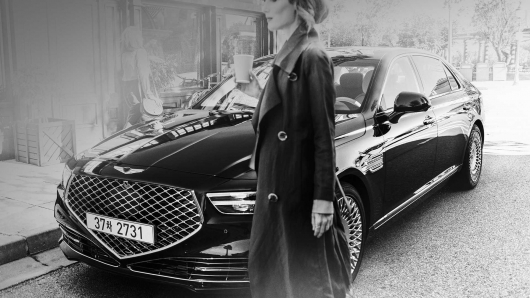 While the overall appearance was one way or another rebuilt, the interior has largely been transferred to the new product without modifications. Except that around the Central analog clock, vents become more slim than before…. Expect new upholstery options and finishes as well as an updated set of latest security technologies and entertainment. 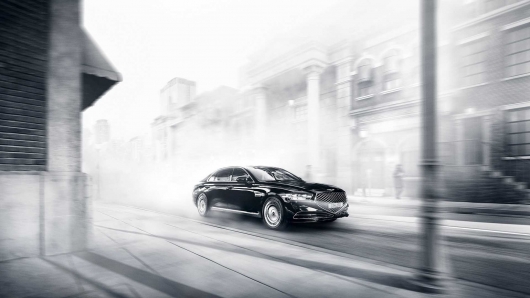 Genesis G90 will be presented in a few hours at the Los Angeles Auto Show 2018. 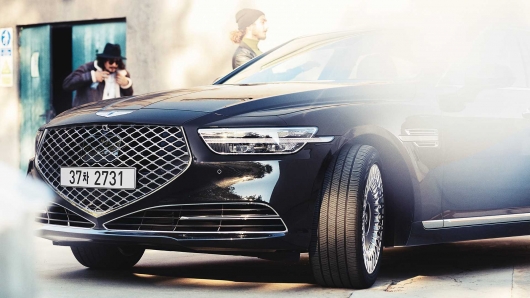 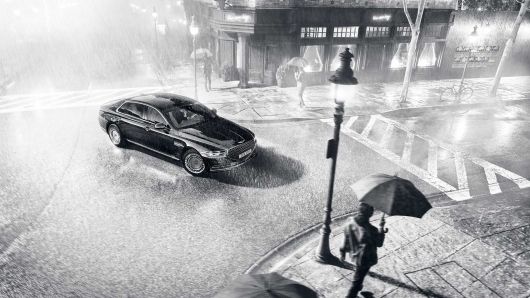 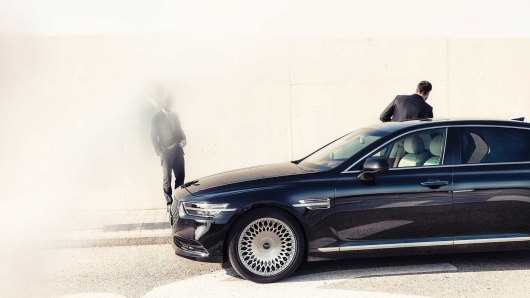 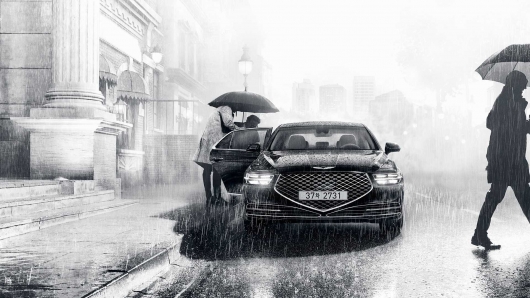