Toyota increased the range of their hydrogen trucks. 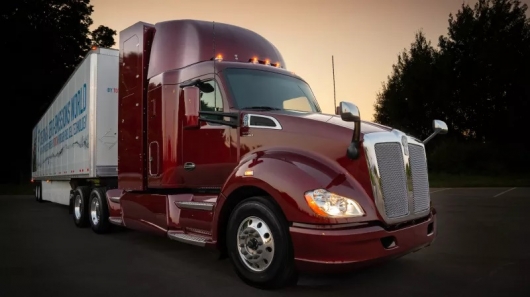 This of course lead to financial losses. But you have to give credit to the Japanese who strongly believe that the future for hydrogen transport. That is why Toyota is not only going to stop the development of new hydrogen technologies, but also plans by 2025 to significantly reduce the cost of hydrogen transport. The goal is to make hydrogen vehicles available to a large number of people on the planet.

Also the Japanese brand has not stopped the development of cars with alternative fuels. So, at the moment Toyota has already created a prototype truck powered by hydrogen. Each new prototype has a much greater range. For example, recently Toyota has developed a cargo van with a range of up to 500 km.

Recall that in April last year, Toyota introduced its project prototype truck, which was in the end the real test drive in the ports of long beach and Los Angeles more than 16 000 km.

Last year, when Toyota showed the truck stock and it was 321 km.

This year, Toyota said that increased range of motion of the truck up to 480 km. Also the truck is much more maneuverable and versatile, as in the cockpit of a hydrogen truck engineers used a new layout for the placement of electrical. So, at the expense of this upgrade, the space became much more.

If Toyota will be able to reduce the cost of hydrogen technologies, and if countries use hydrogen cars will create the appropriate infrastructure for refueling of vehicles with hydrogen, it will become a serious impetus for the popularization of hydrogen vehicles with emissions that is not harmful to nature.

Also, in addition to environmentally friendly truck, Toyota here plans to start mass production of hydrogen-powered buses, which will ply as public transport in Tokyo.

The buses are quiet, spacious and environmentally friendly. How we envy the inhabitants of Tokyo, which will soon actually get clean public transport in the city. Yes, it’s a dream for the residents of all the major cities of our country.

By the way, Toyota has been working, developing truck hydrogen car.

So one of the secret of the hydrogen project is a Japanese project “Portal”, in which engineers of the automobile company in conjunction with the California air resources Board, USA and port of Los Angeles, the United States has developed a hydrogen-powered truck based on the truck Kenworth T660.

If this is the future, it is already here.