The network praised the trailer of LADA Priora

Domestic model LADA Priora is in high
popularity in our country and in neighboring countries. Motorists
attracted to good design and reasonable price
machine. 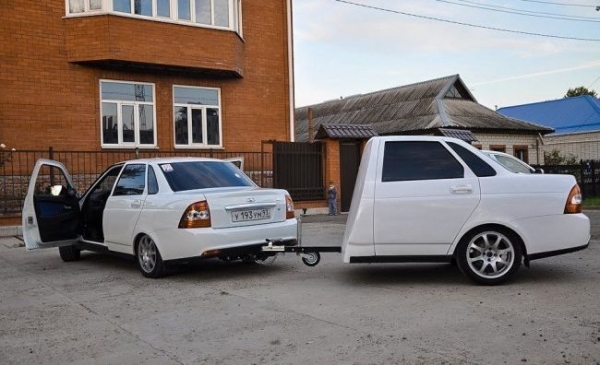 On the power unit in this model there are two types
units: vosmiklapanny 87 HP and 106 shestnadtsatiletnij
HP In the role of transmission used manual transmission.

“Priors” is often used for tuning projects
Amateurs and professionals. One of those enthusiastic admirers
the discussed models decided to create a car for competition in
car audio. 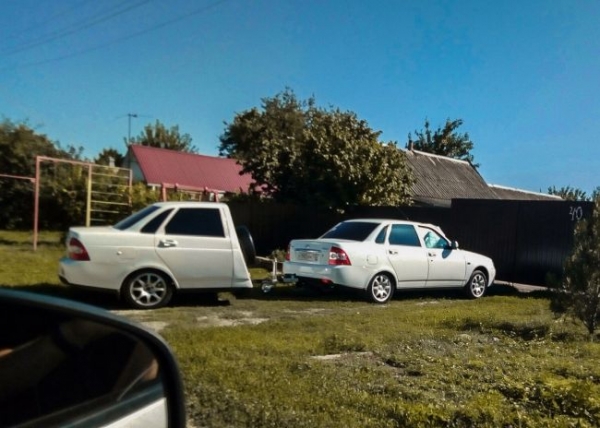 But in the planning process it became clear that installation
alleged audio equipment is simply not enough space and
will need another trailer. Then, the craftsman and got the idea to do
fifteen “priors”.

This solution has an original look and according to
the owner covers all his ideas. It is noteworthy that the unusual
the trailer turned out to officially register.