The machine that is best avoided, because they break more often than others 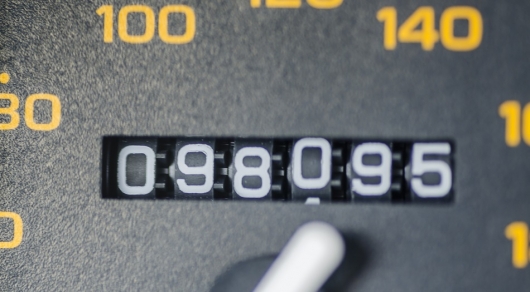 Every driver knows how to relate to the car, so it applies to you. If the car timely maintained and repaired, many cars can be in good condition and last a long time. However, not all vehicles are created equal. Unfortunately, the market is tough cars that can drive without a break of more than 500 thousand km, and those that are often broken, and can’t go 200-300 thousand miles With your care and attention to the car here will not help. It’s their unreliability and the constructive failures of the automakers.

But not to be mistaken with a choice of a car? After all, the market represented a huge selection of both new and used vehicles. How do I know which car not to buy? We already told you about this in our article “The toughest cars that can drive 500 thousand km”, where he explored the secondary market for cars, selecting for you car with large mileage.

It is worth noting that this article has gained a lot of reviews from car owners, who gave to understand that in Russia a lot of cars with runs of more than 500 thousand km. unfortunately, most of these vehicles belongs to the old automotive industry that was produced when manufacturers still cared about the life of the vehicles.

Today, alas, the picture is quite different. More modern cars have a small lifespan. Today, many cars are unlikely to pass and 300 thousand. don’t believe? Then here’s another proof that we found on the boards of automotive ads. This time we decided to select used cars for sale, whose owners spent a significant engine repair, boxes, etc.

When we proceeded to the study of private ads about selling used cars, we still deep down hoped that such machines will not be much. But, unfortunately, we found these machines much more than I thought. And worst of all – most of the vehicles which have been costly repairs, have small ranges and are modern industry. Then draw your own conclusions.

So there you go. Here’s our list of cars that are unlikely to pass 300,000 miles without serious damage. 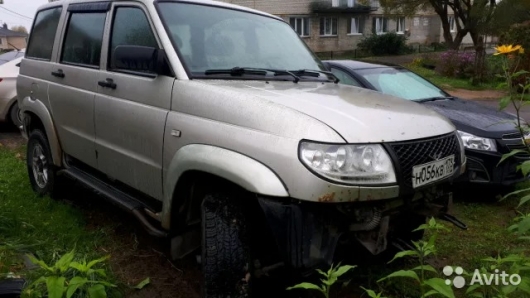 Before you quite “fresh” domestic SUV with low mileage. Unfortunately, this UAZ require expensive repairs. Judging by the description of the owner, in the car knocking motor (tired neck of the crankshaft), as well as required painting.

How do you like this perspektivka I think that all this is because of the attitude of the owner to the car? Not at all. We found a lot of cars with the same problem. We also found many similar SUVs where their owners describe the availability of decent rust on the body. But what Oise rot, is no longer a secret. Engine – diesel ЗМЗ51432. 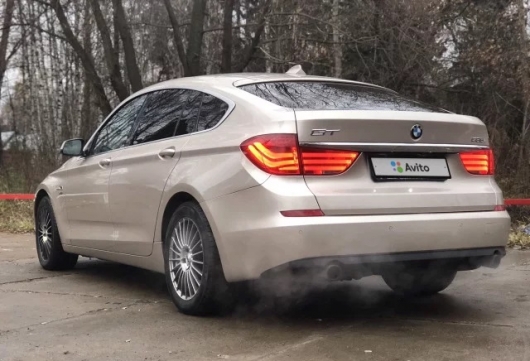 Of course, our list could not appear in the German car industry. Especially BMW who love to carry the wrecker (do not believe? Ask the drivers of tow trucks, what cars they often carry).

Before you BMW 5-series GT with mileage a little less than 150 thousand kilometers of the 2011 release. In principle, the description of the ad there is nothing suspicious – everything as usual, except for this:

I think that comment is superfluous. And it’s at this mileage. If to compare with cars that were more than 500 000 km, the earth and sky. Now it’s time to talk about the Japanese crossover, which we found in the ads. We are talking about a Mitsubishi Outlander with mileage of more than 200 thousand kilometers. On the one hand, the description of the ad there is nothing supercriminals. All current repairs and maintenance.

Here’s what changed and made the owner:

The replacement of the timing belt along with the pump

– Went through the manual transmission, replaced all bearings and seals

But on the other hand, manual gearbox repair and replacement of all valves at this mileage suggests. Yes, this crossover actually can be twisted mileage. But with the same repair, we found other similar cars for sale. And that’s saying a lot. And here is an example of the “reliability” of the Chinese automotive industry. In front of you a Chinese car with mileage of 120 thousand kilometers, which has already gone through the engine and replaced the power steering wheel. And it is in a commercial vehicle. Yes, we are unreliable, lauchie “Bulls” more go, even if the engine oil is not changed. Of course, for the commercial vehicle the engine bulkhead on the mileage 120 000 km – it’s awful. 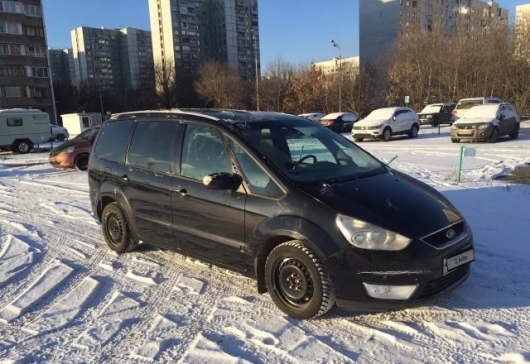 We few were surprised to see in our list of car 2000s, the years that had passed without engine overhaul over 300 thousand kilometers. And was doubly surprised, since I found the announcement of the sale of an American car with a bust engine. If you believe the description of the ad, the bulkhead of the engine was already a year ago. So the engine went through, when the mileage was less than today.

Also the author of the ad says that the car was recently replaced clutch and flywheel. We thought at first that, as with any vehicle, is the exception and that the owner of this car could just kill him at fault. But actually, if you read the forums and announcements, which tell about this model, then you will not be news that the car engine can not walk more than 200-300 thousand. Yes, we do not claim that there is no Ford Galaxy with large runs. Nevertheless, the frequency of facts that the owners of this machine sorted motors on 200 thousand, should alert you when you will decide to buy you this car or not. 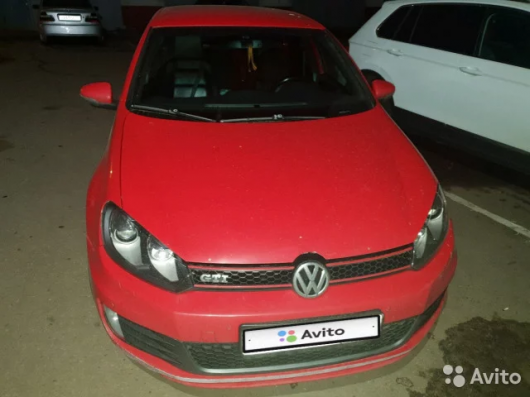 Here is another representative of the German automotive industry, which boasts its low service life. In this car the owner on the mileage 144 000 km replaced pistons, rings, valves, chains, shoes with new original parts, for which, we doubt not, have posted a round sum, comparable to the price of some beushnye zhigulenka. But that’s not all. Here’s what changed in this car: new radiator, new lights, moved mechatronics, clutch replaced 1000 km ago. How about this? And this Golf GTI version. 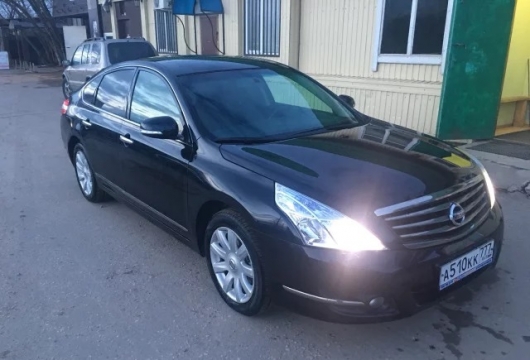 We found unreliable car among Japanese car industry that is renowned for its reliability and quality throughout the world. Here’s an example in the form of a Nissan Teana sedan with a mileage of 185 thousand kilometers.

Judging by the description of the car, the owner has invested in car-repair money. Let’s order. The machine moved the variator. It cost the owner of 130 000 rubles. Also in the car has replaced the steering rack, xenon lamps, levers, brake discs. According to the owner, in the car invested 260,000, not including detail! In General, of course, most of the repairs associated with the planned repair. But the bulkhead of the box at this mileage, is already annoying. Although the CVT to wait for something else to occur. Interestingly, the Nissan was not satisfied with indestructible classic automatic? Why this car needed a CVT remains a mystery. 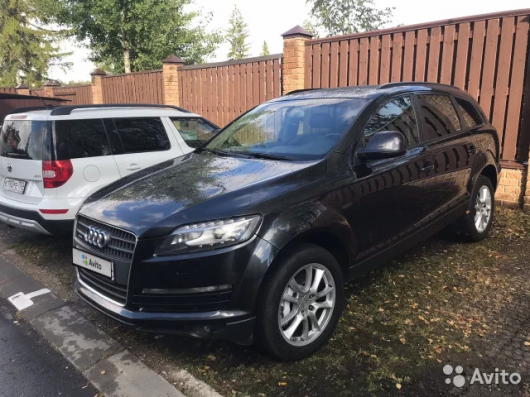 When we started to study the secondary market, we do not doubt that most ads will find German cars. Alas, about German quality cars for a long time to forget. But we didn’t expect that almost every second German sold in the market, has or had in the past serious problems and has passed a pretty expensive repair. Here’s another example of the destruction of the myth of the reliability and quality of the German automotive industry.

The author of the ad casually describes what went through transmission and running gear, painted the body from chips. I wonder what kind of body paint that covered these chips that the car had paint? Mileage not 500 thousand km? Many Korean cars in the taxi with runs of 200 thousand km look like new. But most importantly, of course, is bulkhead automatic transmission, which cost the owner a decent amount. And we are confident that the box is out of order on the run up to 200 thousand km For Audi, as you say, the servicemen from the official service center, the mileage of automatic transmission is the norm (say, a design feature of the car). 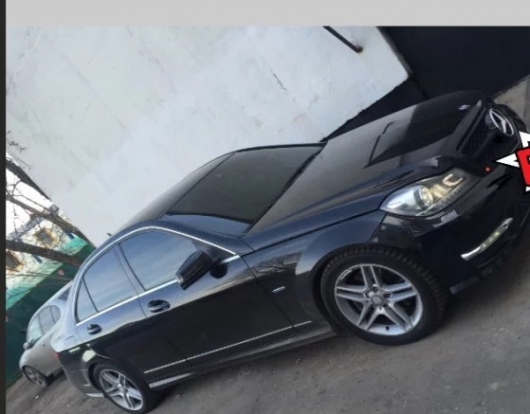 Yes, of course, studying the problem of a car with low mileage, we have seen that many cars on the used car market have a twisted runs. Therefore, selecting for our rating of the most unreliable cars we’ve included in our list only those machines that 2-3 times, there are ads with the same faults and problems faced by their owners.

Here’s another example. These vehicles with faulty engines in the past we found 8 PCs. This machine is a disaster. If you believe the description of the ad, before the accident the car was moving the engine. There are two options: either mileage or the owner do not change engine oil or something. But when we found some of these ads, where the owners also described that were enumerated the engines at high mileage, you doubted the quality of this model. The petrol engine of 3.5-liter capacity 252 HP Reading about this motor, we get it. Yes, there were problems at Mercedes with this engine.

But everything you’ve read above, is still florets. Here is an example of “unsurpassed reliability” and “brilliant engineering”. Before you crossover X5 2013, which despite the mileage 96 thousand km, was already moving the motor (86 000 km).

As the author writes the ads, the engine was serilizable. Interestingly, after the overhaul, the motor will drive at least 50 000 km? In your opinion. The engine of 4.4 liter capacity of 449 HP 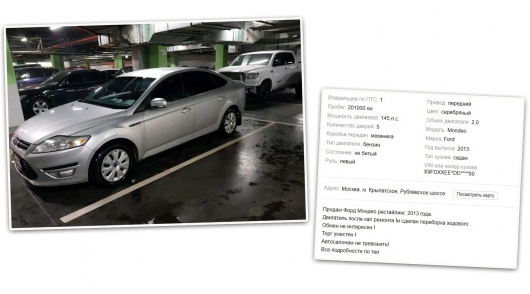 We have not forgotten about the French, who are not always produced reliable quality cars like this would like many. In our country, many of those French cars. But, alas, a model from France often upset than pleased. For example, we found Peugeot 3008 2012 with a mileage of 165 thousand km (engine 1.6 liters, petrol, 150 HP), which was to move a motor. And the owner put information about bulkhead in IT. Here is a verbatim text: had too much – replaced the entire engine, turbine, chain, catalyst, etc.

As you are such object works? And this is for cars with mileage less than 200 thousand kilometers. 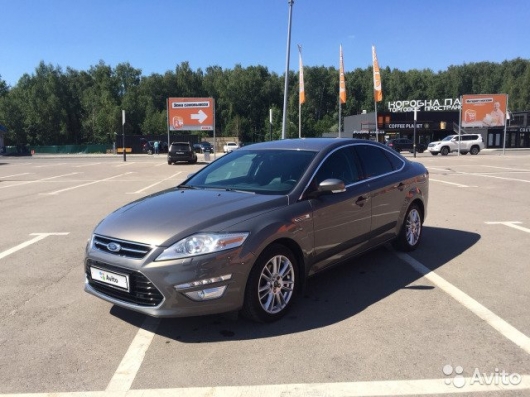 Here is another American car with a gasoline 2.0-liter engine producing 145 HP. the Owner of this car at this mileage has already gone through the engine and chassis. But if the chassis is consumable, the motor is a consumable part of any call. Apparently, the modern car industry is gradually turning the car’s engine is in a normal consumable.

We also propose you to look at cars which will certainly drive 300.000 km with no problems:

Cars with the highest mileage in the world

What cars with high mileage to buy