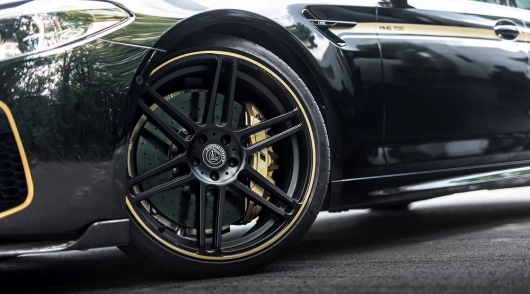 Sixth generation the BMW M5 is almost ready to celebrate its first anniversary, and tuning companies have already prepared Bavarians beautiful is a gift with a hint that the best is the enemy of the good, and the standard “M5″model is far from ideal. 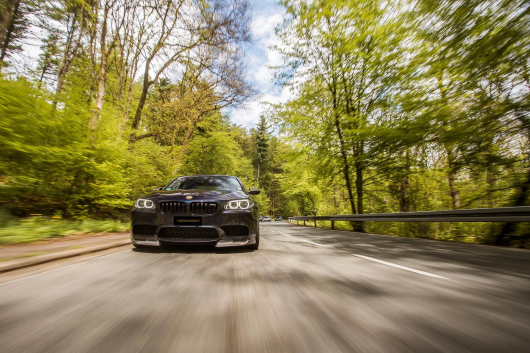 The name recently joined the list of favorite tuned model – MH5 700. Supersports sedan received a significant increase to power solely by means of thin flashing software the electronic “brains” of the ECU of the car, bringing the 4.4-liter V8 just up to the boiling point: now under the hood is a staggering 713 HP/ 532 kW and 870 Nm of torque. 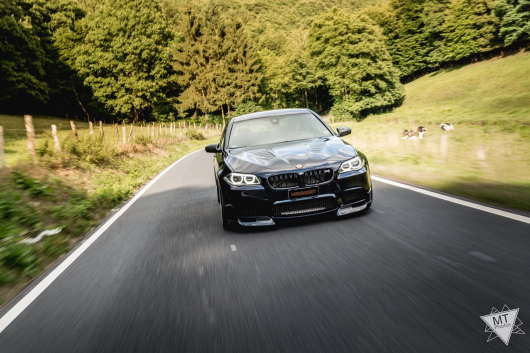 Unfortunately, the specialists of the company involved in fine tuning of the car, did not reveal the main secret: how fast this reconfigured model M5 in the back of F90 is able to accelerate from 0 to 100 km/h But with the additional 121 HP / 90 kW and 120 Nm of torque the model should drop a few tenths from the official acceleration in 3.4 seconds. 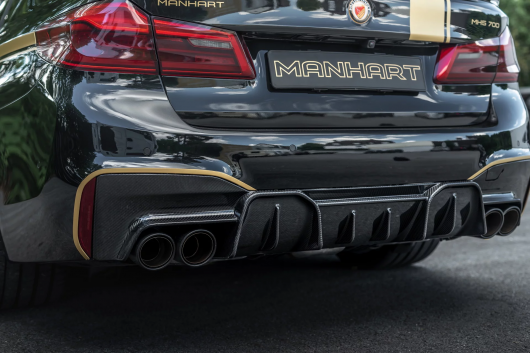 The assumption is quite plausible, as Manhart claims that the acceleration of the M5 from 100 to 200 km/h takes just 5.9 seconds. 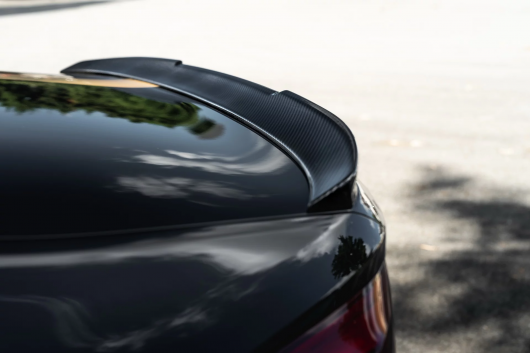 It proves once again that the German engineers from Munich has calculated everything right and laid in the gasoline engine a sufficient amount of strength and opportunities for tuning. To chase, it was fun! 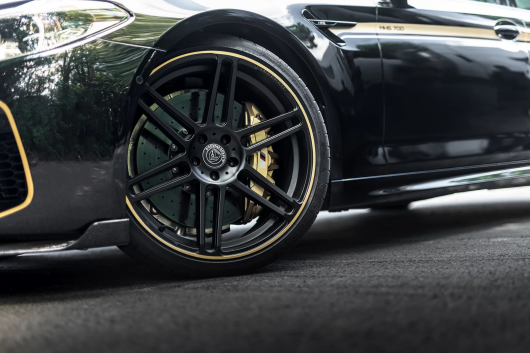 The tuning is not finished. The tuner offers a more performance exhaust system stainless steel, and extra efficient exhaust system customers can order four carbon tips on the mufflers. With such a combination the car will “behave calmly and gently,” but I press the accelerator pedal and MH5 will roar like a wild beast escaped from the cage. 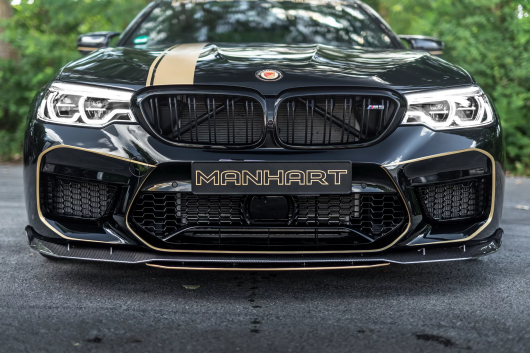 Also, the update includes new coilover-springs and dampers, which will bring M5 about 20 mm to the ground, while leaving enough space in the wheel arches for the 21-inch aluminum wheels Concave One, painted in satin matte black. 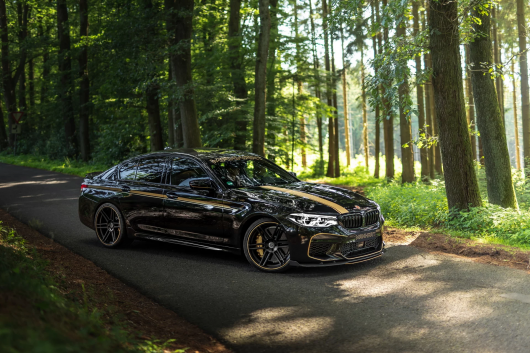 M5 Manhart has also received external kit carbon fibre consisting of front spoiler, side “blades”-the dividers of the air flow, new diffuser and hood. Here and there are the matte gold stickers, contrasting with the painted in a basic black sedan. 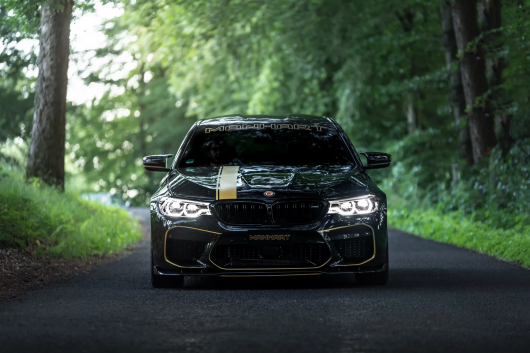 As they say in “Manhart”, “changes in the interior are very thin,” as they consist of a company logo on the steering wheel and new floor mats with special embroidery. 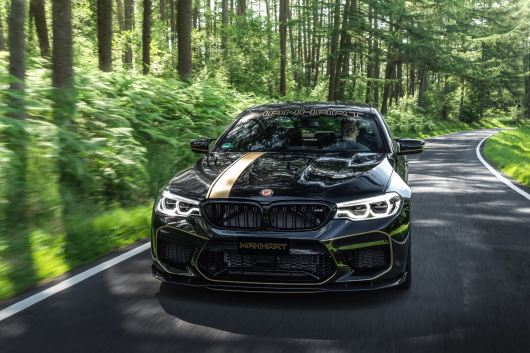 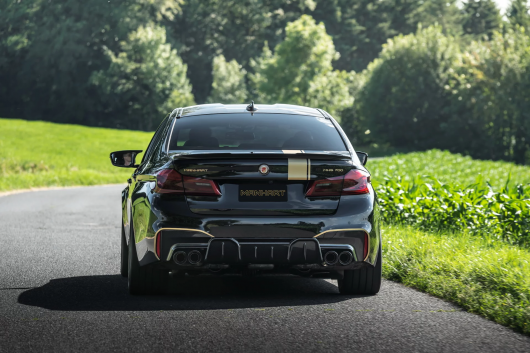